Brad Jones Racing driver Jack Smith is set to make the start of today’s second leg of the Superloop Adelaide 500.

Smith crashed heavily during Qualifying for Race 2 of the Virgin Australia Supercars Championship, tagging the barrier at Turn 8 with the left rear of the car, firing him across the road and out of the session.

Upon receipt of Car #4 back in pit lane, the BJR crew assessed the damage and determined that it was able to repair the SCT Logistics-backed entry.

Among the items to have been replaced in the ZB Commodore are two shock absorbers and the transaxle, according to a television report.

Speaking shortly after the incident, Smith said, “I’m fine. I haven’t crashed there before so it was a bit new.

“It felt like a reasonably hard hit but the car looks OK, much to my surprise and the rest of the team.

“I clipped the wall on the inside. Before I even hit it, I saw it coming. I knew I turned in too early and misjudged it, just clipped it and it spat me out.”

The 20-year-old had already experienced a challenging start to his first full season in the Supercars Championship, having been off the track on multiple occasions in Race 1 and also incurred a drive-through penalty for failure to obey blue flags.

Smith was also fined (all suspended) and ordered to undertake community service for missing the annual driver ‘class photo’ earlier in the weekend. 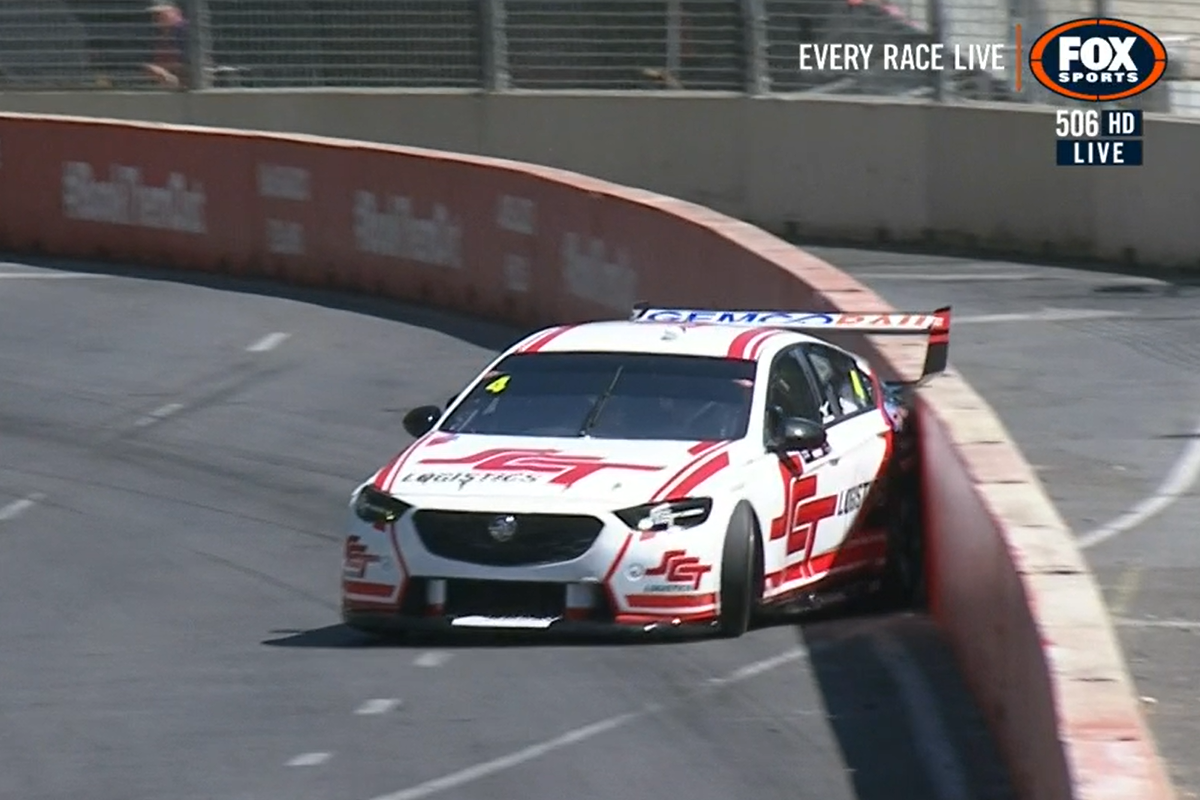