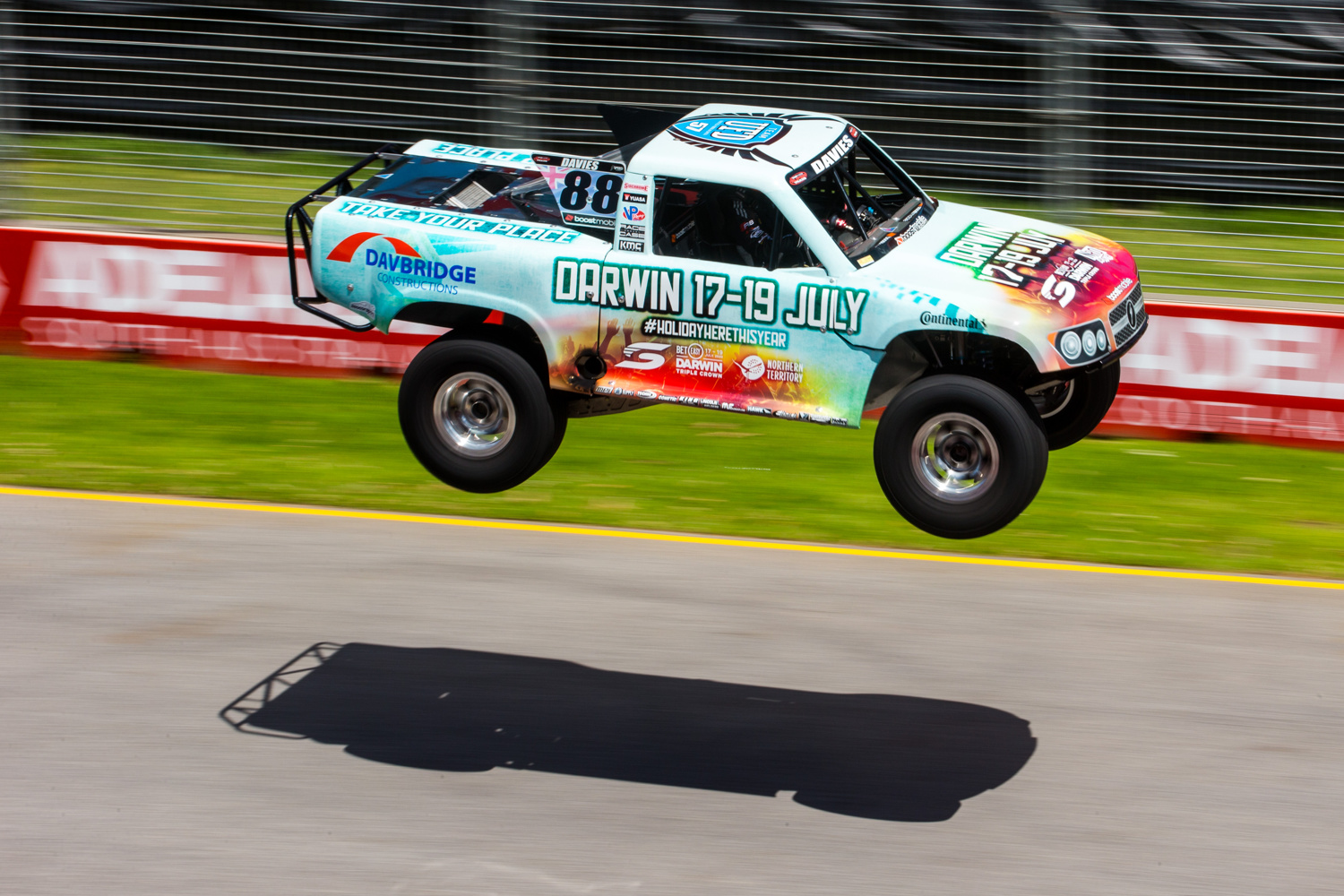 Shae Davies in his first Stadium Super Trucks round has won the final race of the series at the Superloop Adelaide 500.

Greg Gartner and Shaun Richardson led the field off the front row, with the grid set by points scored across the first two races being reversed.

As the field arrived at Turn 4 Bill Hynes looped into a spin, joined by Matt Mingay, Luke Vanna and holding up Paul Morris. The rest of the field were able to pick their way through.

The incident gave Gartner a considerable margin over the rest of the field, pulling close to four seconds over Davies.

Davies had started out of seventh but had gained an advantage in the early chaos.

In a repeat of their second race on Saturday, Matt Brabham and Robby Gordon had ploughed through the field together before the Competition Caution.

The field was then neutralised on lap five, costing Gartner his edge.

Gartner held his lead briefly post-caution before Davies made his move, though Gordon and Brabham were both hot on their heels.

Over the penultimate lap both Gordon and Brabham made their way around Gartner and set their eyes on Davies.

Davies was able to stay ahead as Gordon and Brabham fought between themselves for the podium spots.

Gordon locked up going into the ramp on the final corner, putting Brabham out of place and leading to the third-generation driver landing sideways.

Davies led Gordon and Brabham across the line to notch up his first win in the series.

Gartner and Morris rounded out the top five.

SST will next venture to Symmons Plains (April 3-5) for their second round.