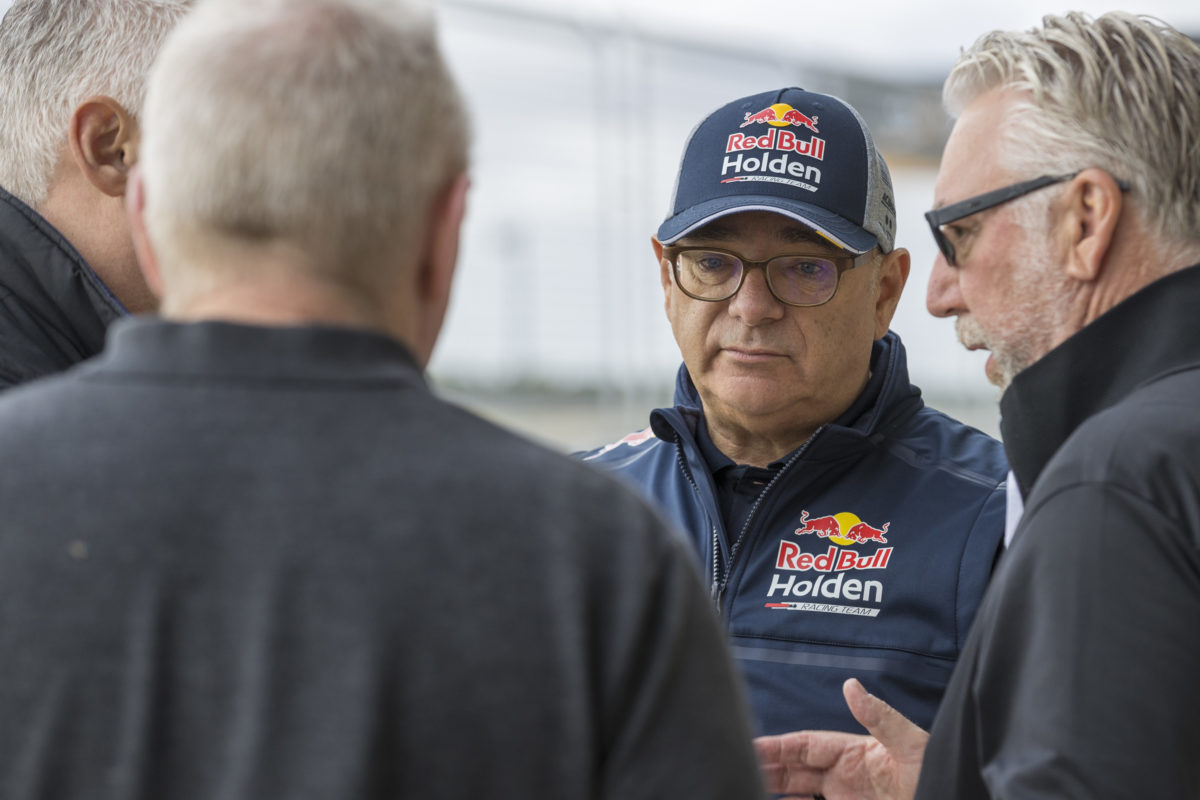 Triple Eight Race Engineering owner Roland Dane has confirmed he has met with General Motors regarding Holden’s future with the team.

With that came confirmation the iconic Australian brand Holden will leave the marketplace at the end of 2020.

At Tuesday’s pre-season test at The Bend Motorsport Park, Dane said he would be discussing General Motors’ involvement in Supercars this week.

Dane wouldn’t divulge what was said in the meeting, only that he would reveal it when the time was right.

“I have spoken to them,” Dane confirmed to Speedcafe.com.

Confirmation that Holden will leave by the end of 2020 has cast concern over Supercars and General Motors’ involvement with the category.

Several opinion leaders have indicated they would like to see the Chevrolet Camaro take the place of the Holden Commodore.

Australian touring car legend Dick Johnson says the Camaro is a logical step forward while Penrite Racing boss Barry Ryan has indicated that introducing it in 2021 wouldn’t be impossible.

Red Bull Holden Racing Team claimed victory in the opening Supercars race of the 2020 season, the first race since confirmation of Holden’s demise, a win dedicated to Holden by victor Jamie Whincup.