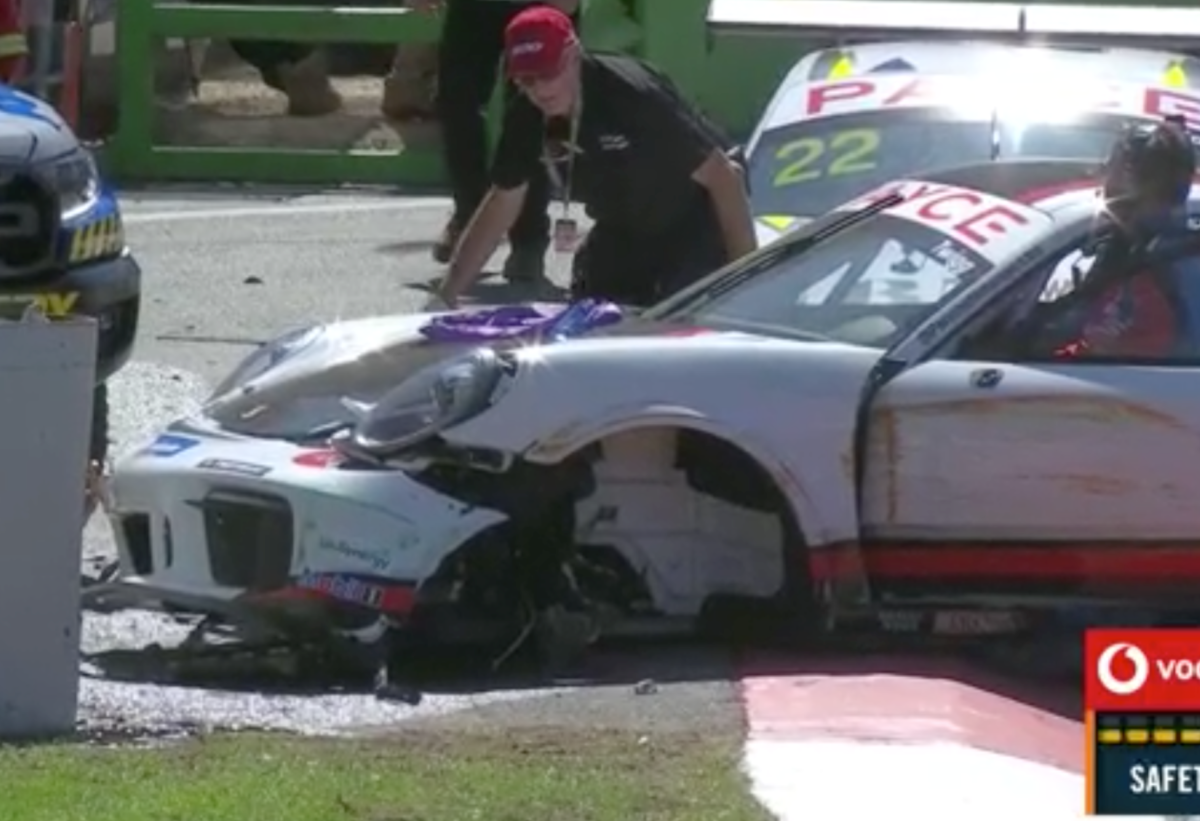 The pace was furious off the start line and less than two laps had been completed when real drama unfolded in the entry to Turn 11.

The impact was such that repairs had to be made to the barriers and Sunday’s race finished under Safety Car conditions.

That meant Cooper Murray, who made a flying start from pole to stay clear of the chaos behind him, completed a hat-trick of race wins.

Murray was hugely impressive in taking out the round win, leading every lap across the weekend in South Australia.

David Wall finished Race 3 in second place while an aggressive opening lap from Dale Wood was enough to give him third.

The 2020 Porsche Carrera Cup Australia series next moves to Albert Park in support of the Formula 1 Rolex Australian Grand Prix on March 12-15.