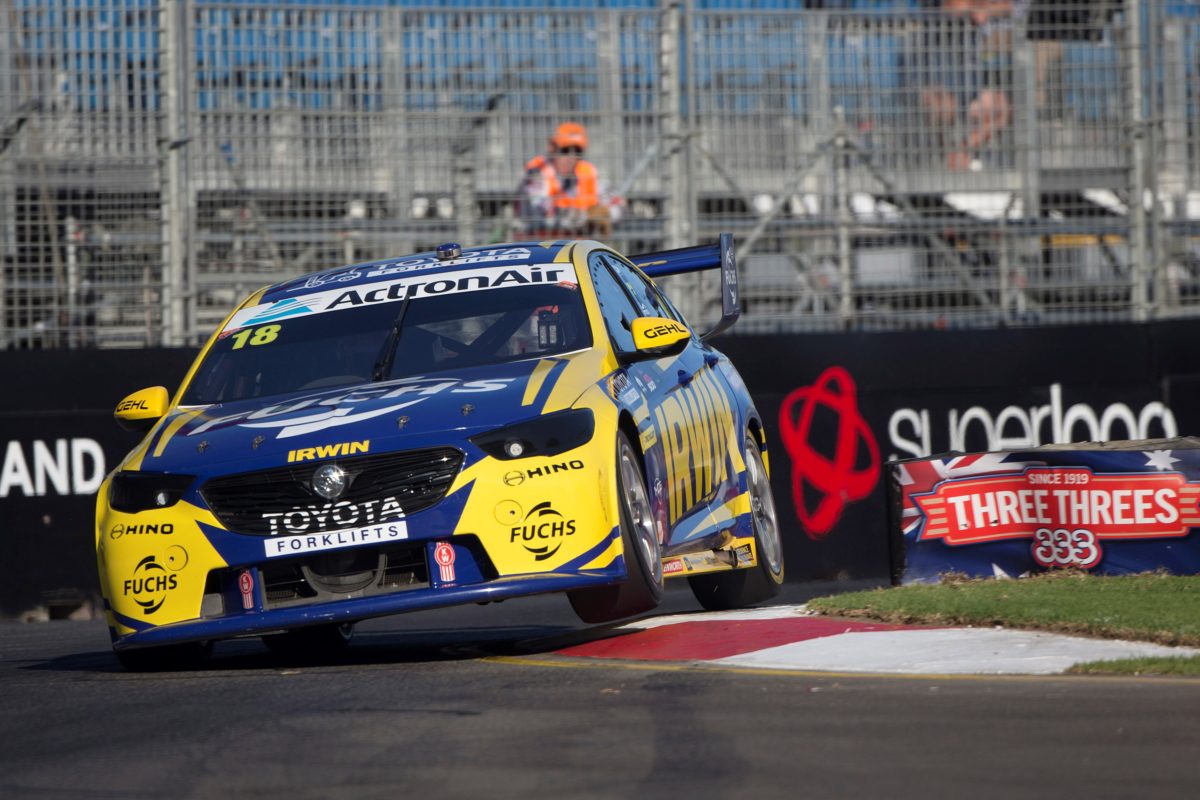 Mark Winterbottom is ‘rapt’ to have earned direct passage to the second part of today’s and tomorrow’s qualifying sessions after a strong practice showing at the Superloop Adelaide 500.

He was 12th with the chequered flag out in the latter session before finding over four tenths of a second to save a place in the top 10 for the Irwin Tools ZB Commodore.

“The goal was to get in the top 10 in both practice sessions given this weekend’s qualifying format where we go straight through to Q2 tomorrow so overall I’m rapt,” said Winterbottom.

“We cut it very fine in Practice 2 in 10th, which is as close as you want to get, but to then get fourth in the second session with a 1:19.6 is a great confidence booster for the team.

“We’ve made good progress today, the team are now focussed on Scott Pye’s car to fix that after he was unlucky with a component failure today, and I think he would have been up there as well given his earlier speed.

Pye missed Practice 3 after crashing in the day’s earlier session due to what the team believes to have been a suspension component failure.

He will go into Part 1 of each qualifying session having been 16th at the time of the prang.

“Unfortunately, something on the front-right has failed but at a street circuit like this when something fails you pay a price,” said Pye.

“The disappointing thing is it felt like the car speed was really good. We were competitive on a used tyre and I was excited to put some new tyres on it to see what we had.

“I’m lucky in a way that it happened at Turn 7 and not Turn 8 because it could have been a really shocking accident, but it was a shame to not be able to show the car’s true potential today.”

Both drivers were subsequently fined for lining up at pit exit under an earlier red flag during Practice 2.