Whincup goes from ninth to pole in Shootout 1

Whincup goes from ninth to pole in Shootout 1 Jamie Whincup has leapt from a provisional ninth to pole position for Race 1 of the 2020 Virgin Australia Supercars Championship at the Superloop Adelaide 500.

The Red Bull Holden Racing Team driver will share the front row with David Reynolds, who pressed on despite significant smoke billowing from the #9 Penrite ZB Commodore for most of his Top 10 Shootout lap.

Shane van Gisbergen went from provisional pole to sixth in the other Red Bull HRT entry, one position ahead of 2019 champion Scott McLaughlin.

Whincup just touched the wall exiting Turn 6 and used almost as much room as he possibly could exiting Turn 11 as he blazed to a 1:19.4793s in the #88 ZB Commodore, almost four tenths faster than he had gone in provisional Qualifying.

“I don’t know if there was a little bit in going out with a hot car straight after quali or not, or the engineers did a good job, but the car felt great, we go the most out of it and very, very happy to be P1.

“(It is an) Interesting format, you know? Not being in Q1 and then just having 10 minutes then boom, straight into the shootout.

“It’s so close, crazy close. It’s 78 laps this afternoon. It’s going to be intense, looking forward to it.”

Reynolds was fourth-last out and did not get to the first corner before his car started blowing smoke, but he stayed in the lap and clocked a 1:19.4841s.

“We were a bit nervous when he tipped into Turn 8, thinking ‘what’s going to go wrong here?’ but luckily he got through the lap,” said Erebus Motorsport CEO Barry Ryan.

“Maybe a bit of ‘debriss’ got in there and hurt the power steering.

“We saw his run at Turn 7 and decided there was nothing wrong with it and it was up to Dave then.

“If he wasn’t happy, he would have backed off but he’s smart enough and he was fastest through Turn 8 by a tenth so he was pretty ballsy there which was good.”

Will Davison beat Whincup by more than a tenth to the first sector but drifted to 0.0138s slower by the control line and is set to start third in the #23 Milwaukee Mustang.

Chaz Mostert was fourth on track with roaded fronts on the #25 Mobil 1 Appliances Online ZB Commodore and all but matched Whincup through his lap before coming up 0.0709s short of Whincup at the chequered flag.

Cameron Waters, second fastest in the preceding session, pipped Whincup to the first sector but was fifth fastest all told in the #6 Monster Energy , albeit only 0.0991s away from pole.

Van Gisbergen landed awkwardly off Senna Chicane on his Shootout lap and was still chasing time through the final sector, stopping the watch at 1:19.6832s in the #97 ZB Commodore.

McLaughlin had a somewhat loose lap in the #17 Shell V-Power Mustang which dropped him from third to seventh with a 1:19.8490s.

“We’ll just have to tune her up and have a crack at the race but we had a massive balance change from the last session to this one so we’ll see,” said McLaughlin.

“I thought I was going to shunt today but it’s all good.”

Anton De Pasquale was first onto the race track for the Shootout and improved 0.0784s on his Qualifying time to ultimately put the #99 Penrite ZB Commodore into eighth position.

Van Gisbergen was sixth when he laid down a 1:19.4462s just before the chequered flag in Part 2 of Qualifying which put his passage to the Shootout beyond any doubt.

Neither McLaughlin nor Whincup had clean first runs, the former locking the rears and going long at the end of Wakefield Road and the latter spinning at Turn 9, but they managed to claim third and ninth positions respectively.

Winterbottom rescued a spot in the top 10 with a 1:19.8652s after the chequered flag, which knocked Andre Heimgartner (#7 Ned Mustang) out and put Fabian Coulthard (#12 Shell V-Power Mustang) on the edge.

De Pasquale then saw to it that Coulthard would not take any further part in proceedings to set the grid for Race 1 with a 1:20.0366s which beat the DJR Team Penske driver’s best by 0.0556s.

Jack Le Brocq did not turn a lap in the latter 10-minute stanza due to a power steering leak for the #55 Supercheap Auto Mustang and thus qualified 14th.

Heimgartner had topped Part 1 of the session with a 1:20.2442s while Le Brocq got through in fourth despite not getting in a proper second run.

Scott Pye was the first of those on the outside of the cut-off having come up 0.0794s short of Le Brocq in the rebuilt #20 DeWalt ZB Commodore on his final lap.

He will share the eighth row of the starting grid with new Ford driver Rick Kelly (#15 Castrol Mustang), while 2019 Super2 Series winner Bryce Fullwood (#2 Mobil 1 Middy’s ZB Commodore) will take off from 18th. 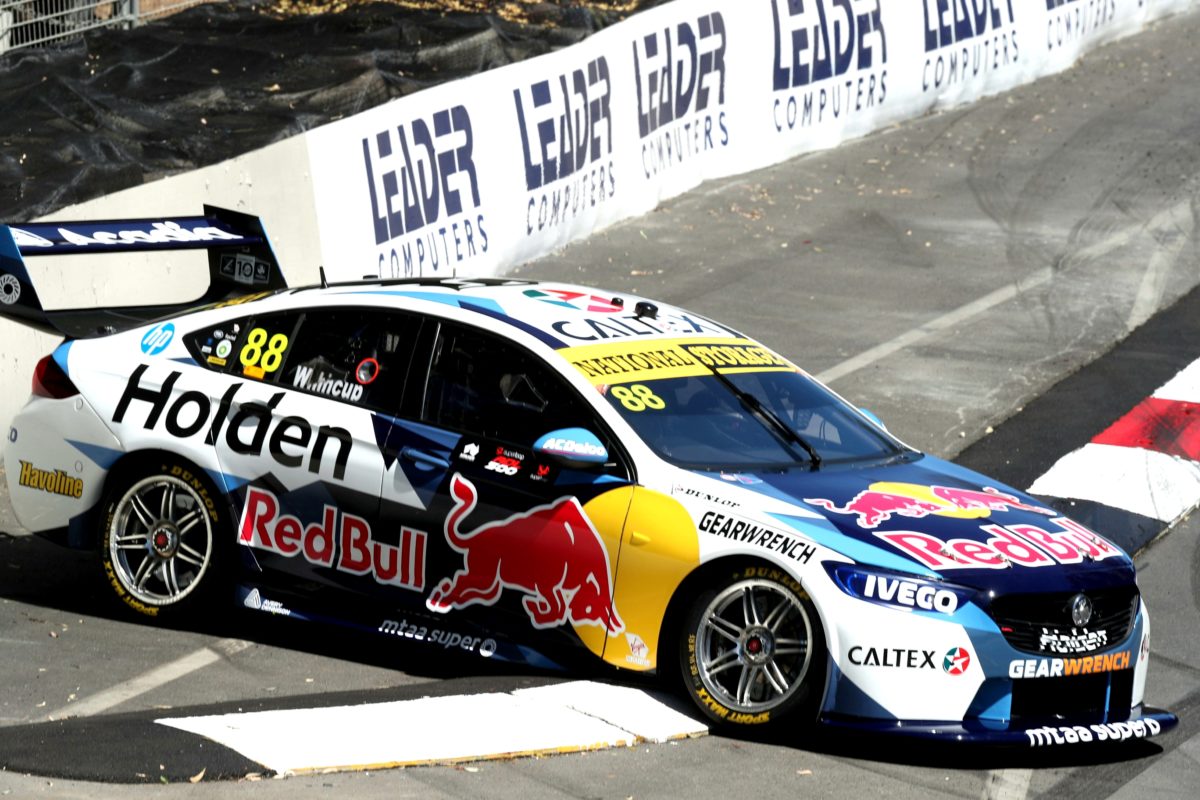 Whincup took pole after being backwards in qualifying