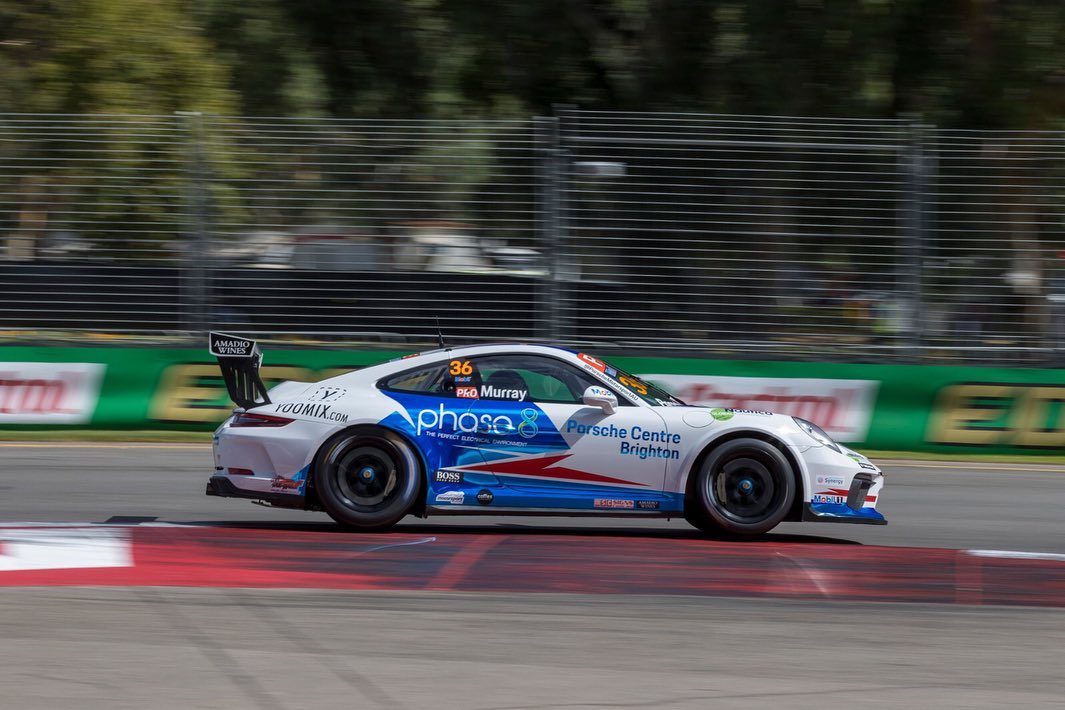 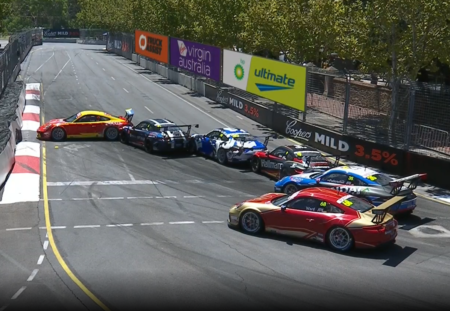 Cooper Murray continued his perfect start in the Porsche Payce Carrera Cup Australia series on Saturday afternoon in a race that ended in bizarre circumstances when the chequered flag wasn’t shown.

Though called over the Race Management Channel, the chequered flag was not displayed at the start/finish line.

The starter was actually displaying a bad sportsmanship flag to 111 and 777 when the chequered flag was meant to be displayed.

The 18-year-old led from start to finish for the second time in as many days at the Superloop Adelaide 500.

In a repeat of the result from the opening race, David Wall was second, 0.816 seconds behind Murray, with Aaron Love promoted to third after Cameron Hill picked up a five second penalty.

Love’s podium result despite him being involved in a bizarre incident at Turn 6 which led to the track becoming blocked.

Running wide at Turn 6, Love nosed the barrier and stopped perpendicular to the direction of travel.

A number of drivers were able to skirt around the stricken Love, but an unsighted Tim Miles tagged Love while the chasing pack was left with nowhere to go.

It saw the road blocked in an incident that technically happened after the race ended, though the field had carried on after the chequered flag was not shown after 10 laps.

Despite the late drama and confusion Murray remained victorious from Wall and Love.

Race 3 of the Porsche Carrera Cup Australia Series is scheduled for 11:10 local time / 11:40 AEDT on Sunday.