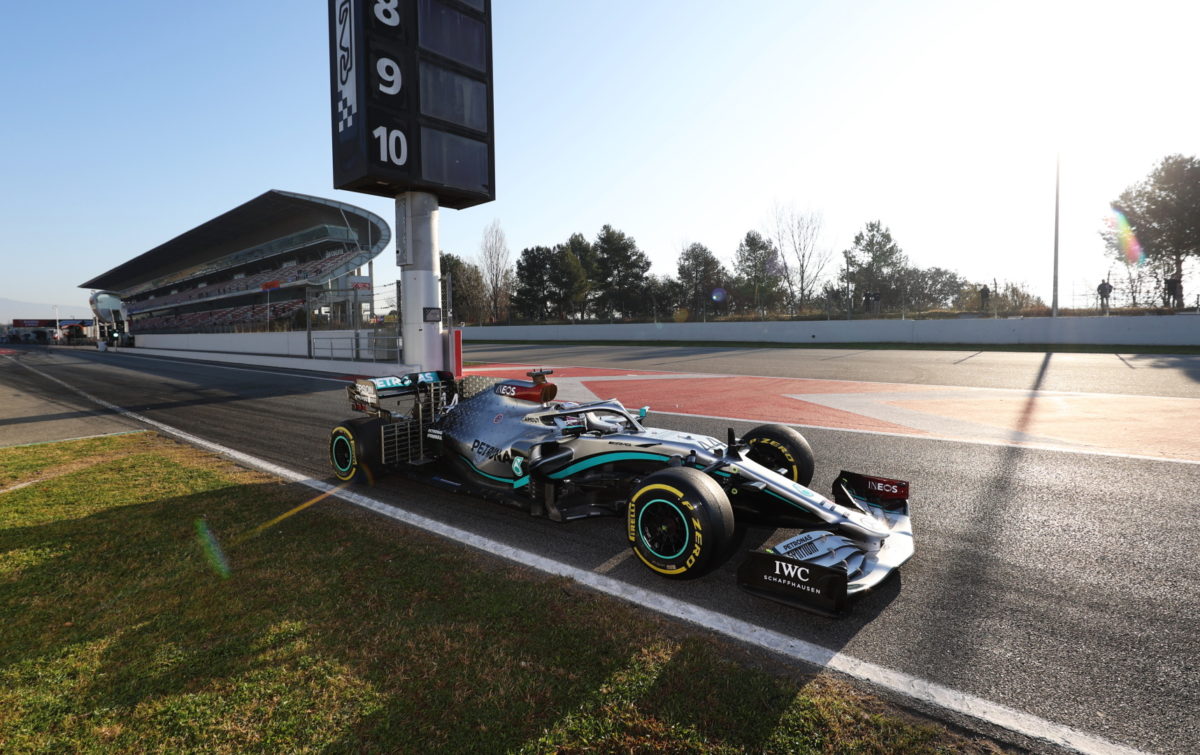 Sharing duties across the day, the two Mercedes drivers chalked up 138 laps between them with Bottas’ best of 1:15.732s the quickest of the weekend.

Their case was helped by the softest C5 compound tyres, their nearest rival 1.3s back from Bottas.

That compared with 93 laps for Daniel Ricciardo, the Australian using the same C4 compound tyres to bang in a 1:17.574s – seventh fastest on the day.

The day was interrupted on four separate occasions; Ferrari’s Sebastian Vettel stopping on track with an engine drama that forced the team to swap the power unit in the car.

There were also engine dramas for Williams’ Nicholas Latifi, while Kevin Magnussen found the barrier soon after the day’s running started.

Ricciardo drew the final red flag when the Renault suffered power loss with an hour to run in proceedings.

Another three days is set to follow next week, the final opportunity teams will have for on-track running before heading to the Australian Grand Prix in Melbourne on March 12-15.