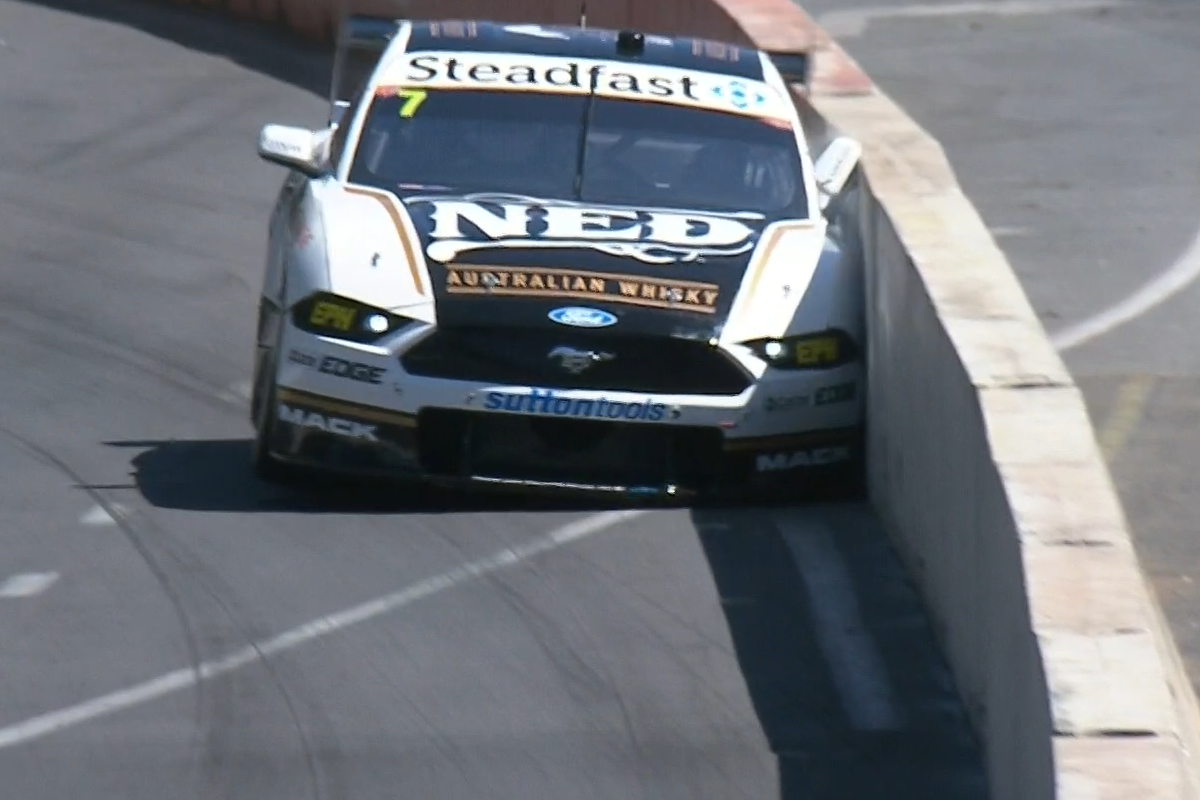 Andre Heimgartner lamented a late brush with the wall at Turn 8 on his final lap in Qualifying Part 2 ahead of the opening race at the Superloop Adelaide 500.

The Kelly Racing driver progressed through the opening phase only to fall short after a late brush with the wall on his final flying lap.

He had been on a personal best to that point, though in the end fell 0.1097s shy of a berth in the Top 10 Shootout.

“We’re trying to get some more time through there and it’s been a little bit of a struggle all weekend.

“Rick (Kelly) made contact earlier in the weekend and the same again. We just had push from the moment I turned in and unfortunately that wall came up quick.”

Heimgartner dragged the left hand side of the Ned Whisky Ford Mustang down the barrier, though the Kiwi doesn’t believe the damage to be too serious.

“Wasn’t actually too bad, I don’t think it’s going to be anything major, but pretty disappointing.

“We had to try and gain some time there, our cars have been pretty tricky all weekend there.

“Obviously Rick made contact there earlier (in the weekend) and I’ve matched that.”

The incident left Heimgartner 13th fastest and frustrated as he believed there was more on the table had he strung the lap together.

“There was a little bit here and there and if I got it all together it would have been right but positive start all together, at least we’ve got some sort of pace,” he said.

“We’ll see what happens in the race.”