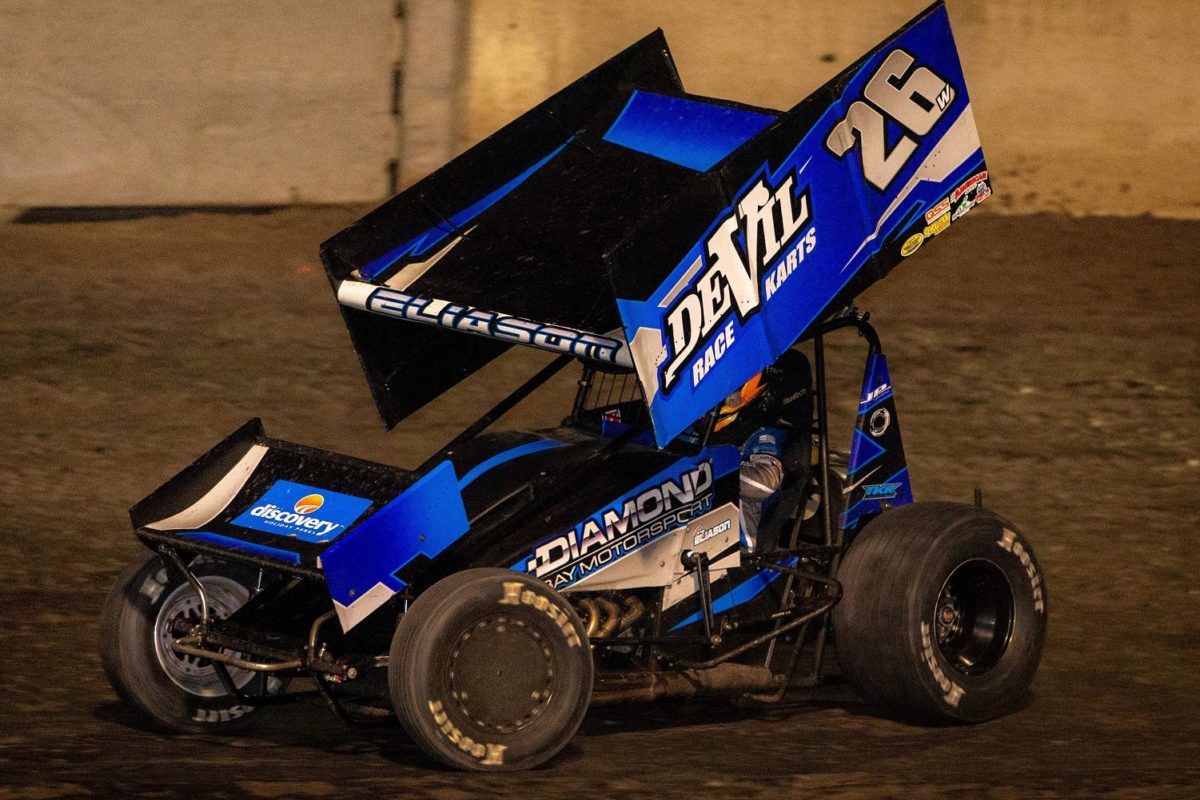 Cory Eliason has become a QSS World Series Sprintcars main event winner while James McFadden extended his lead atop the standings in the penultimate round in Perth.

McFadden’s second placing in the final of Round 13 at Perth Motorplex has seen him edge to 42 points clear of Kerry Madsen with just tonight’s racing to come.

Jock Goodyer came from the Bronze Shootout to qualify on pole for the 35-lapper and McFadden joined him on the front row.

McFadden took the early lead before a Caution due to an incident for Glen Sutherland.

When racing got underway again, Eliason needed little time to pass Madsen for second but Goodyer was dropping towards the back of the top 10.

Brooke Tatnell ended up in the wall on Lap 11 as a result of contact with Goodyer, while Eliason continued to stalk McFadden at the very head of the field.

When McFadden got held up by traffic on Lap 22, Eliason made his move for first position.

Eliason cleared out upon the restart and went on to win by 3.0s, with Madsen just behind McFadden in the minor placings.

“We got kind of fortunate that the lapped car held James up and I was close enough to take advantage of it, but I’ve finally got the World Series win that’s been eluding me for three years now,” said Eliason.

“What I think helped me was that at the initial start, I found the middle in (Turns) 3 and 4 first before everyone else did and then we had that fuel stop which I wasn’t too impressed about but it kind of worked out.

“I was just thinking that my tyres were going flat and there’s no way, but at first I thought it was 30 laps and then I realised it was 35 so I was just praying we’d have the tyres to make it.”

There are 366 points on offer for a perfect showing when the final round is held tonight at the Perth Motorplex.