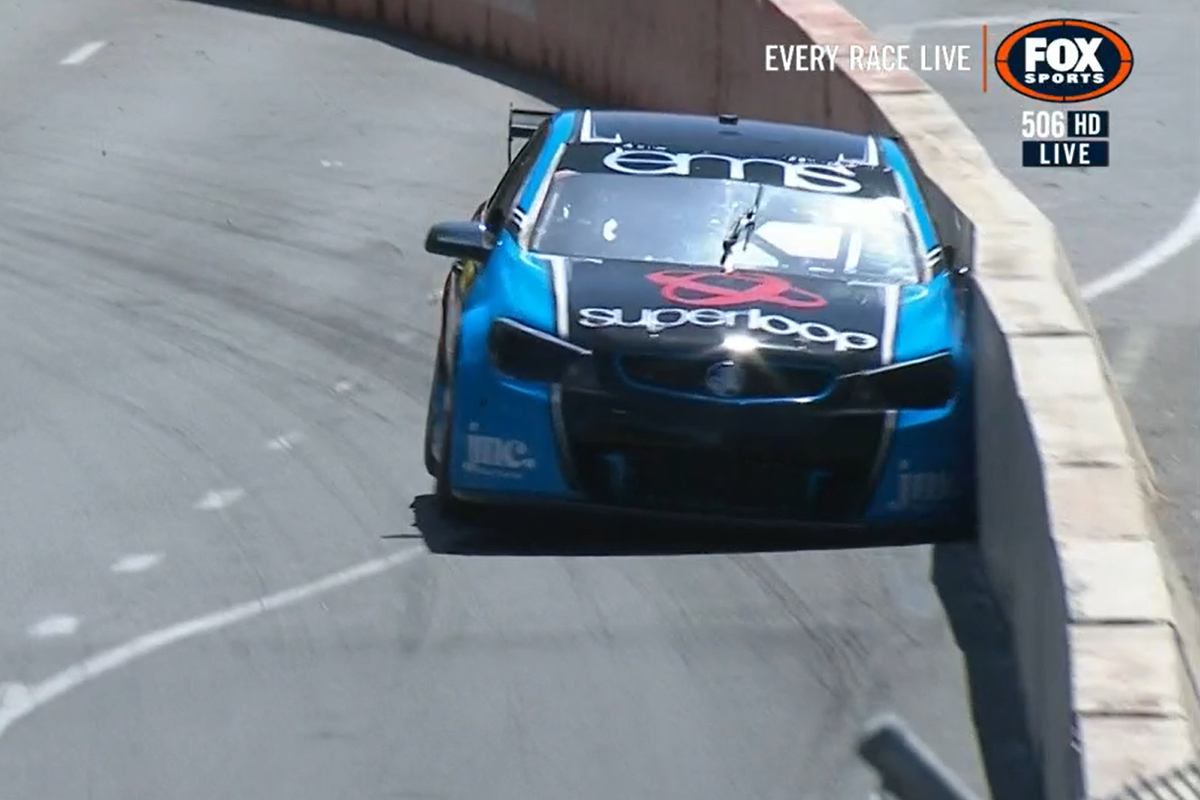 Brodie Kostecki remains unbeaten in this year’s Dunlop Super2 Series despite a sizeable hit of the wall at Turn 8 in Race 2 in Adelaide.

Kostecki pressed on despite the bump and drove the #38 Eggleston Motorsport VF Commodore to a 1.4s victory over MW Motorsport’s Thomas Randle.

Image Racing’s Will Brown finished third in a repeat of the podium of the afternoon prior, with Jayden Ojeda (#31 MW Motorsport Altima) and Matt Chahda (#18 Matt Chahda Motorsport FGX Falcon) rounding out the top five in a hair-raising race.

Randle bettered Brodie Kostecki when the lights went out, but not by enough to clear Car #38 by the time they arrived at Senna Chicane.

That put the #16 Altima on a path over the ripple strips and he had to slot into second, ahead of Brown (#999 VF Commodore) and Kurt Kostecki (#55 Kostecki Brothers Racing VF Commodore).

Brodie Kostecki was 0.9s up after Lap 1 and 1.6s ahead at the end of Lap 3, before Randle starting to make up some ground.

Meanwhile in seventh position, Zak Best had a huge slide at the Turn 8 Sweeper on Lap 2 but caught the #78 Altima and limited the damage to just the loss of positions to team-mate Ojeda and Broc Feeney (#5 Tickford Racing FGX Falcon).

Up the road, Jack Perkins had been pressuring Kurt Kostecki before making a dive for fourth at Turn 9 on Lap 5.

He was ahead but had not fully cleared Car #55 when they reached the racecourse section of the circuit and Kurt Kostecki looked to stick his Commodore back down the inside. 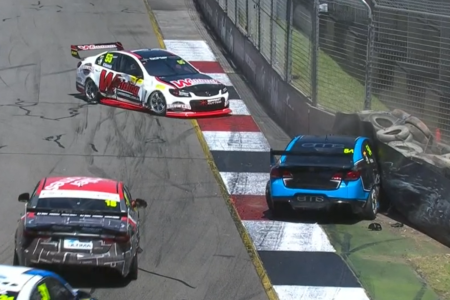 Kostecki ran to the left of the track limits before making contact which put Perkins into the tyre wall, and caused a secondary hit when Car #54 sprung back into the side of #55.

A Safety Car was called to retrieve Perkins’ Commodore while Kurt Kostecki was soon issued a drive-through penalty.

The race restarted on Lap 10, at which time Boys hit the wall at the Sweeper, before Brodie Kostecki did the same a lap later.

His lead was around 0.7s at the time but the new Eggleston driver managed to double that in the five laps which remained, as the 19-lap race went time-certain due to the Safety Car.

Randle finished 2.4s up on Brown, who was in turn 4.3s clear of Ojeda, and another 1.8s ahead of Chahda.

The latter two were the beneficiaries when Boys ran wide at Turn 14 on Lap 13, and he ultimately held off Feeney to salvage sixth.

Kurt Kostecki was the 11th and final finisher, with Zane Morse joining Perkins as a retirement having knocked his #11 Zane Morse VF Commodore on the wall at Turn 8 early in the piece.

The final race of Round 1, which will see Brodie Kostecki and Randle again share the front row as per the progressive grid format, will be held tomorrow from 13:25 local time/13:55 AEDT.