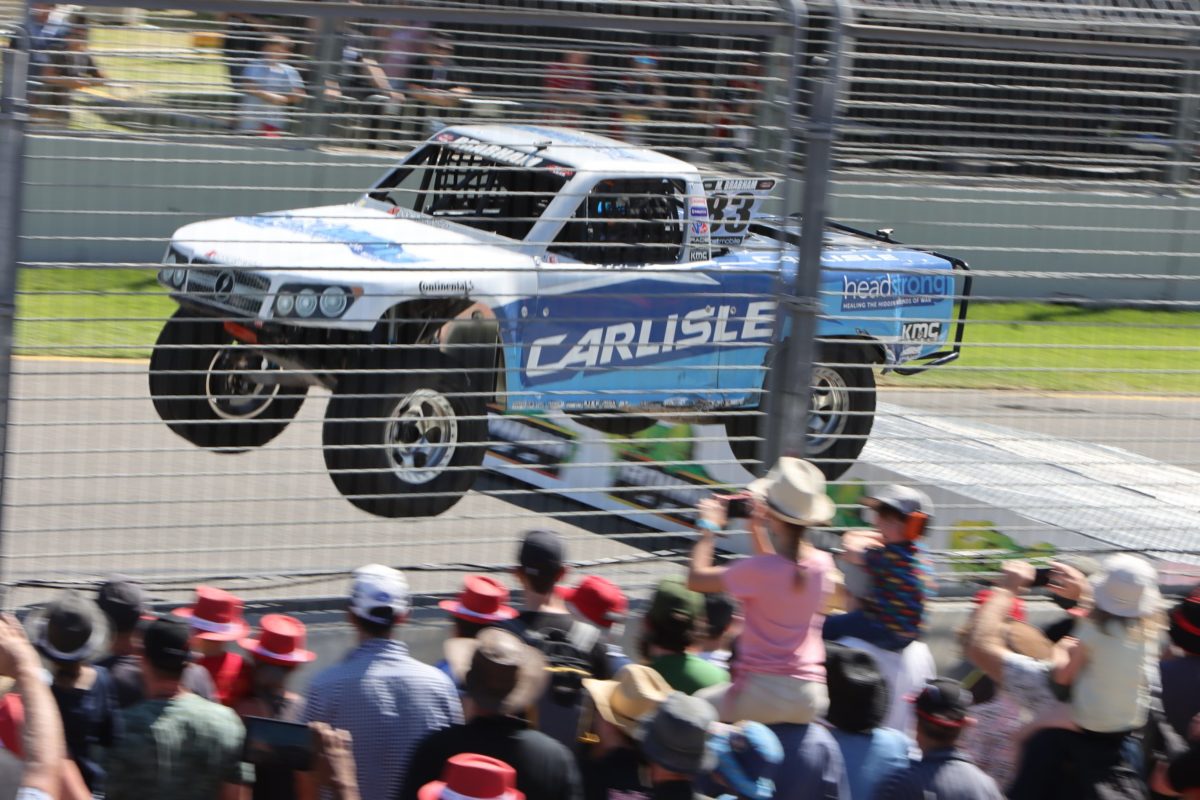 Matt Brabham has claimed the second Stadium Super Trucks race of the weekend by just 0.0361s over Robby Gordon.

Matt Mingay led the field away out his reverse grid pole position, pulling a gap over Shaun Richardson who was holding up the charging Luke Vanna and Sara Price.

Vanna then spun coming off the jump in the final corner of the first lap, falling to the tail end of the pack.

Sara Price glanced the tyre barrier at five, damaging her truck and limiting her visibility leading to a small coming together with Brabham as he made his way through the field.

Gordon meanwhile was on a charge moving up to sixth by the third lap having started last.

Morris was then able to break away from the argument and made his way around Mingay to claim the lead.

As the field was brought under the Competition Caution both Gordon and Brabham had manoeuvred themselves into the battle for the podium.

When the field was unleashed Davies came to grief, unable to arrest the truck, he made contact with Gartner, spinning the both of them. They were quickly able to get back underway.

Brabham was hungry to get passed the second-running Mingay, the trucks were nose to tail coming out of Turn 7, and the Carlisle machine out-dragged the Hot Wheels truck into Turn 9.

Gordon followed suit and joined Brabham in challenging Morris for the lead of the race.

Brabham muscled his way past Morris into Turn 7, while Gordon further demoted the Gold Coast local in Turn 9.

It was neck and neck between Gordon and Brabham coming out of the final corner, with a hair separating the pair at the chequered flag.

Morris filled the last podium spot while Paul Weel and Toby Price followed across the line.