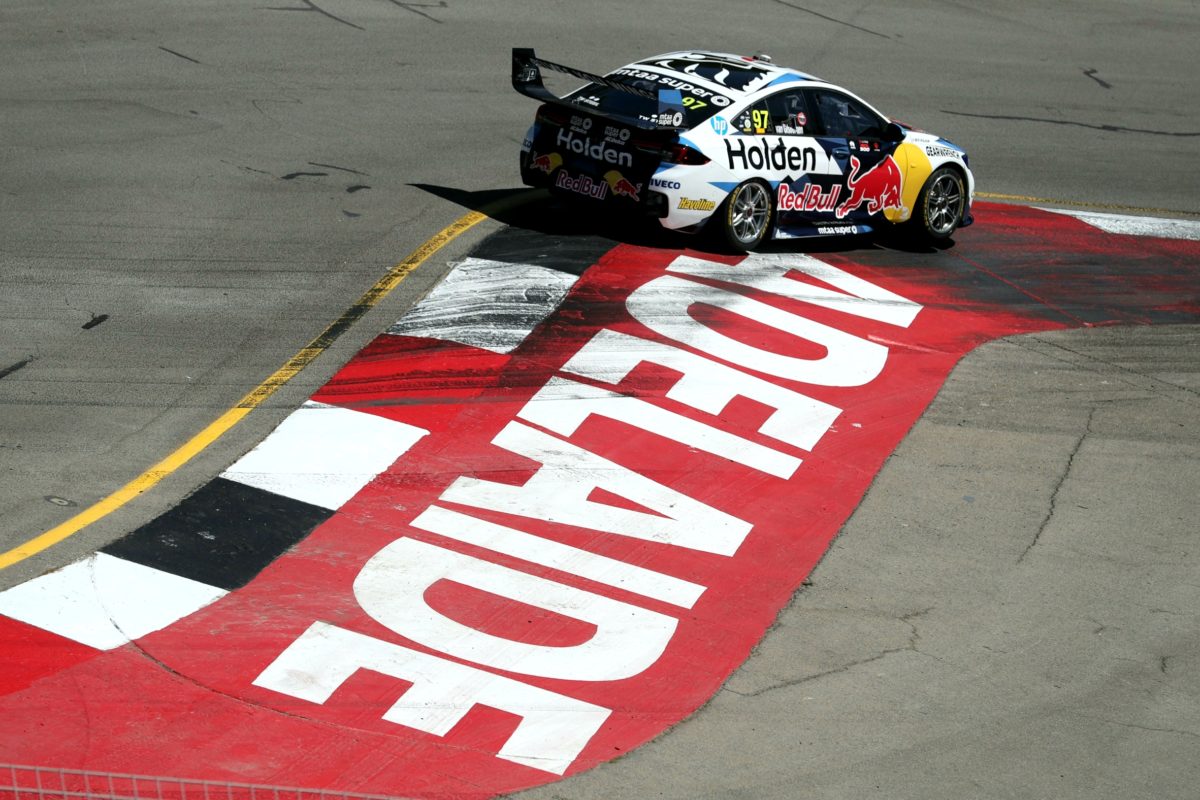 Shane van Gisbergen has set the pace in Practice 2 for the Superloop Adelaide 500 as Scott Pye came to grief in a significant way.

Pye caused a red flag when he thumped the outside wall entering Bartels Road with just over seven minutes remaining. 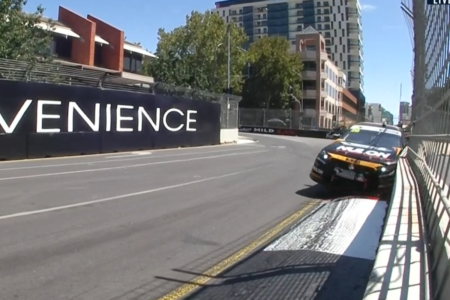 The Team 18 driver appeared to suffer a right-front component failure when he hit the kerb as he apexed, which caused the #20 DeWalt ZB Commodore to understeer across the race track.

“I think maybe we broke a shock or something. I’m not entirely sure.

“I went into the apex and the front-right broke and it turned hard left. I missed that tyre wall and hit the concrete barrier.

“Hopefully the car’s not too bad.”

Both Shell V-Power Racing Team entries, both Penrite Racing entries, and Walkinshaw Andretti United’s Chaz Mostert were among the others to make the top 10 cut-off which determines who earns a bye to Part 2 of Saturday’s qualifying proceedings.

After a kerb hop on what should have been his first timed lap of the session, Whincup laid down a 1:20.2109s in the #88 ZB Commodore which left him almost four tenths clear of the field at the conclusion of the opening runs.

Davison, who was ninth at the time, disrupted the start of the second runs when he locked the inside-front of his Ford and ended up beached at Turn 11 in the 11th minute of what was to have been a half-hour session.

David Reynolds (#9 Penrite ZB Commodore) went fastest to the second sector before moving up to fourth at 0.0988s off the pace.

Pye’s red flag came as a number of drivers were moving onto their third proper runs, but the delay in proceedings saw officials extend the session by five minutes on top of the extra 10 minutes that had been exhausted.

That left around nine minutes of green flag running on the clock, and Triple Eight Race Engineering kept Whincup in the lane for the duration.

Cameron Waters (#6 Monster Energy Mustang) strengthened his grip on a top 10 place when he moved up to second with around four minutes to go, before van Gisbergen moved up two spots with a 1:19.8079s which would not be beaten.

Davison made his qualifying bye safe when he jumped from ninth position with a 1:19.8974s in the final minute, and Mostert (#25 Mobil 1 Appliances Online ZB Commodore) similarly climbed four spots to fifth just before the chequered flag.

That meant that Waters finished up fourth, while Reynolds was sixth, then DJR Team Penske duo McLaughlin and Fabian Coulthard (#12 Mustang) in seventh and eighth respectively.

Heimgartner wound up 11th while Team Sydney’s James Courtney (#19 Boost Mobile ZB Commodore) was 17th at 0.9973s off the pace.

Whincup, on the aerodynamic changes, said post-session, “It’s making It harder for the drivers for sure. The cars are moving around a little bit more.

“How close are the times? It’s crazy competitive. There’s no cars half a second up the road anymore; you’ve just got to grind it out.”