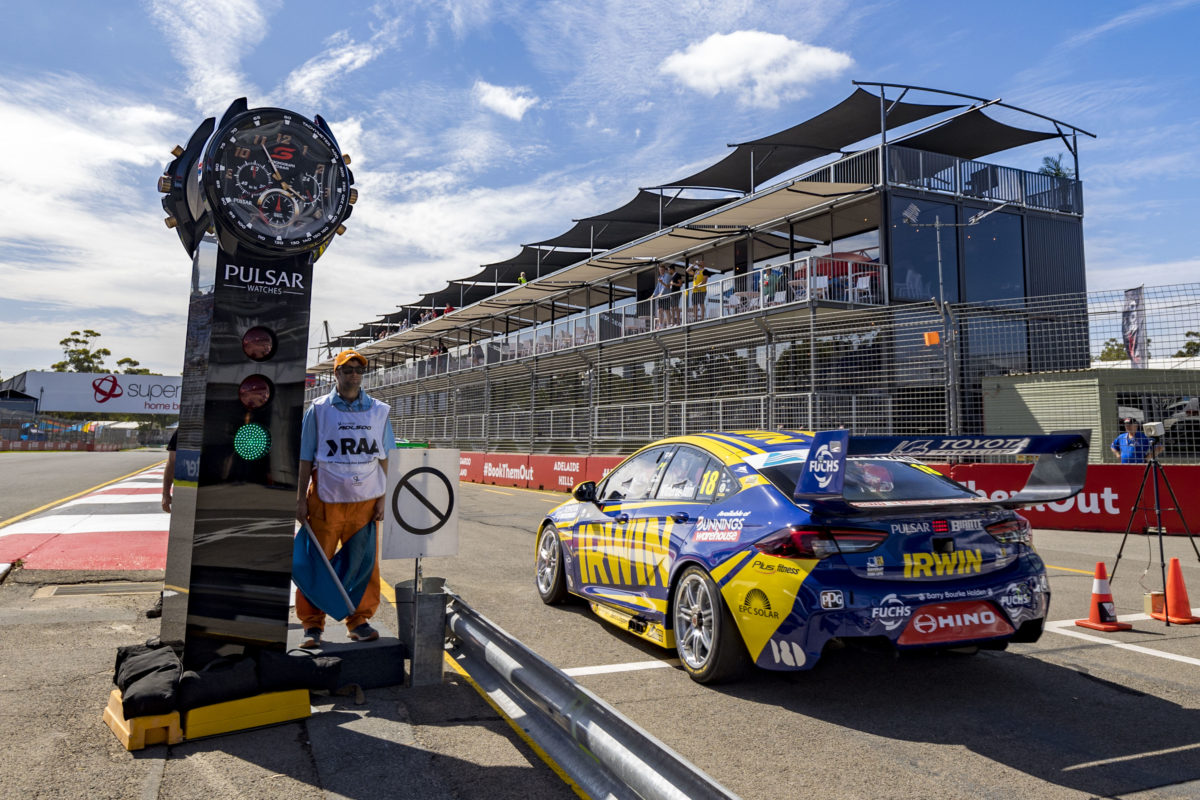 Team 18’s Mark Winterbottom and Scott Pye have each been fined $1000 for breaches of red flag regulations during Practice 2 at the Superloop Adelaide 500.

Both were found to have lined up at pit exit during the initial red flag period caused by Will Davison beaching his 23Red Mustang, which specifically contravenes rules around red flag deployment in practice.

Each had half of the fine suspended until the end of the year.

“Following the Session, the DRD conducted an investigation into suspected breaches of Schedule B3 Rule 3.2.1.1 (Cars not permitted to line up at Pit Exit while the Red flag is displayed) by the Drivers of Cars #18, Mark Winterbottom, and #22, Scott Pye,” read the stewards summary.

Ironically, Pye caused a second red flag in the session when a component failure pitched his DeWalt ZB Commodore into the wall at Turn 7.

He missed Practice 3 as a result, and was only 20th in the earlier hit-out.

Winterbottom, on the other hand, was 10th and fourth in the respective sessions, meaning he by-passes Part 1 of each of Saturday’s and Sunday’s qualifying sessions.

No other determinations were made or penalties imposed from Friday’s running, though a hearing with Jack Smith will be held after the Brad Jones Racing driver missed the ‘class photo’ on Friday morning.