Supercars looking at accelerating Gen3 in wake of Holden demise

Supercars looking at accelerating Gen3 in wake of Holden demise 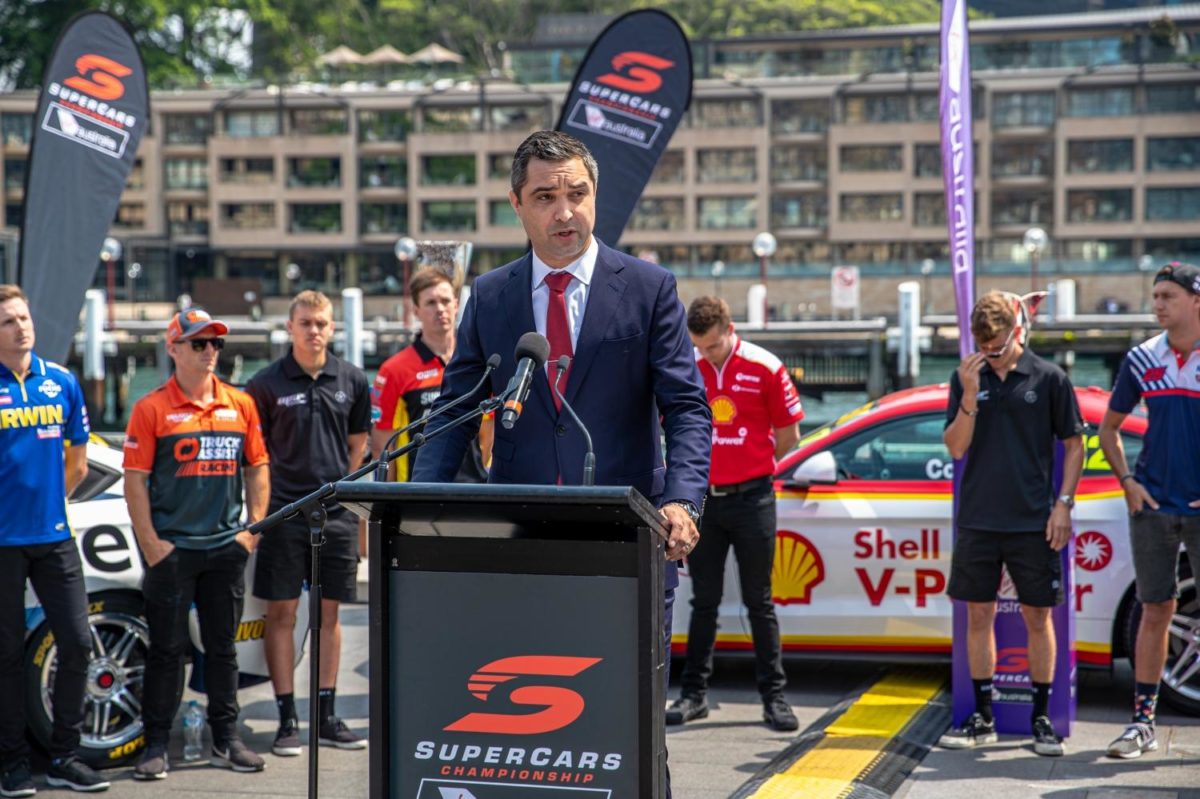 Supercars CEO Sean Seamer has stated that there are moves afoot to accelerate aspects of the Gen3 ruleset after the demise of Holden.

Gen3 had initially been set for introduction in 2021 but was last year pushed back to 2022, save for a handful of significant but still relatively small technical changes.

According to DJR Team Penske Managing Director Ryan Story, speaking on a September 2019 episode of Enforcer & The Dude, that move was driven in no small part by Holden’s most recent renewal of its factory team agreement with Triple Eight Race Engineering.

That contract effectively locked the ZB Commodore in for the 2021 Virgin Australia Supercars Championship and therefore made the following season a logical point for Gen3 to take effect.

Triple Eight owner Roland Dane pointed out that the ZB Commodore could still be raced next year in a manner somewhat akin to how the FGX Falcon carried on two years after Ford’s shutdown of Australian manufacturing.

However, with no Holden to market in 2021, the marque’s interim Managing Director, Kristian Aquilina, could not shed any light on how its existing motorsport obligations would be affected when he addressed media regarding the General Motors announcement a day prior to Dane’s comments.

With that in mind, and Holden having already moved to phase out the ZB Commodore from showrooms, Seamer suggested that elements of Gen3 could be brought back to the table for 2021 introduction.

“Now it’s down to me and the rest of the team to figure out which of those plans we can bring forward into next year, and we’ll be here, putting on a good show, for many years to come.”

“I think there’s a range of things about the sport that make it very exciting and attractive for manufacturers and brands that want to get involved,” he stated.

“A big part of that is our national presence; the fact that we go everywhere in Australia is something that we’re very proud of.

“We go to New Zealand as well, of course, but our national footprint, the fact that we’re on for almost 10 months of the year – it’s a very long season – we’ve got an amazing base of TV ratings – we’ve done very well with Fox Sports last year, had a great Bathurst – so we’ve got a very strong platform here and the costs aren’t as bad as you would think.

“One of the big parts of Gen3 and the regulations that we’re moving towards is trying to make the sport as accessible as possible for manufacturers to come racing, to benefit from the broader family and an amazing and passionate fanbase.”

Hours earlier at the Superloop Adelaide 500, Ryan Walkinshaw, a Director of both the Walkinshaw Andretti United race team and Walkinshaw Automotive Group, claimed that other manufacturers are interested in joining Supercars.

WAU was once the Holden Racing Team and still competes with Holdens, while Walkinshaw Automotive Group converts a number of GM models for the Australian market as HSV.

However, it does not deal exclusively with GM products, given it also performs right-hand drive conversions for Ram Trucks, a Fiat Chrysler Automobiles make, under licence from the importer-owned American Special Vehicles business.

Dane, meanwhile, on suggestions in the wake of the bombshell announcement that the end of the traditional rivalry between Ford and Holden would diminish interest in Supercars, responded, “Not if we, collectively, as a category, do our homework properly.

“I think that we can still provide the excitement and, honestly, the show that people have come to expect over many years.”

Dane is due to meet with GM this week to discuss the implications of the North American automotive giant’s decision.