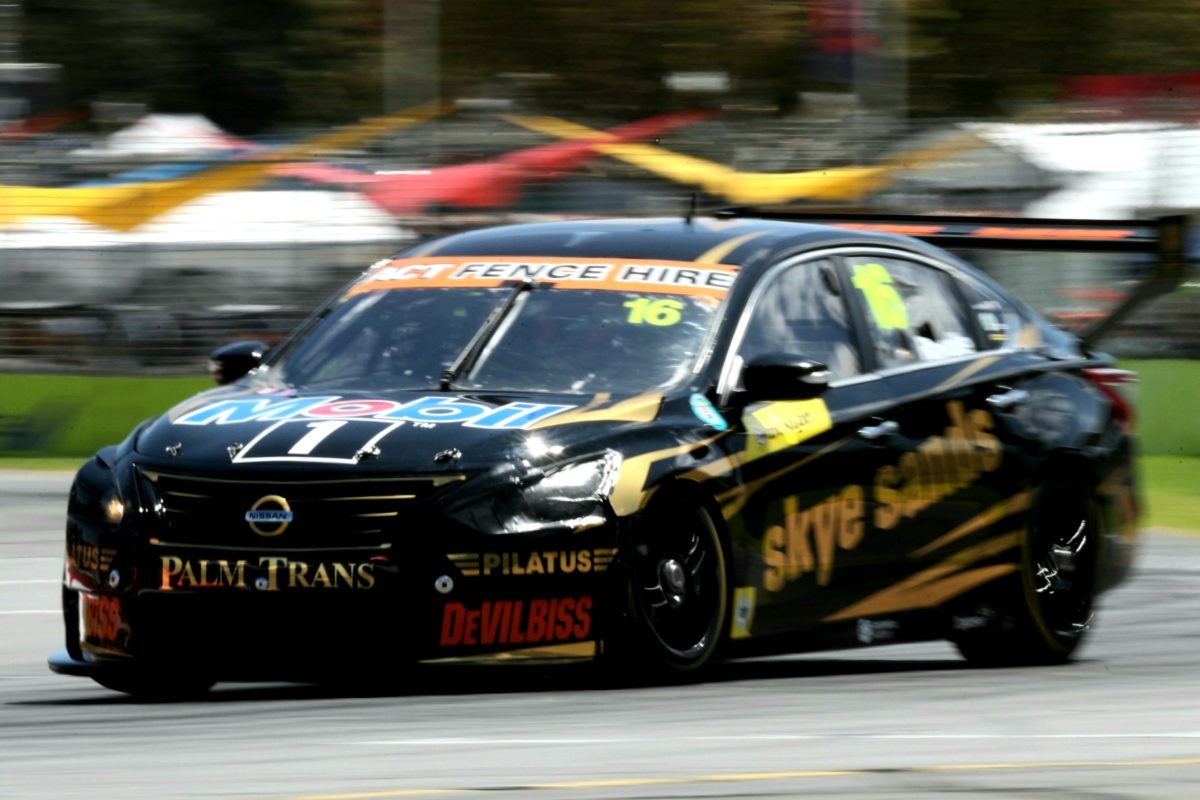 Thomas Randle has denied Brodie Kostecki pole position for Round 1 of the Dunlop Super2 Series in at the Superloop Adelaide 500 by just 0.0020s.

Randle’s pace-setting 1:20.4352s came in the last minute of 20 in a session which saw three drivers go under the old practice/qualifying lap record.

The MW Motorsport driver will share the front row with the #38 Eggleston Motorsport VF Commodore of Brodie Kostecki, and there will be a second MWM Altima out of third position in the hands of rookie Zak Best.

Brodie Kostecki had failed to set a lap time at his very first attempt due to a kerb hop at Senna Chicane but was the first to go under the old practice/qualifying record with a 1:20.9139s on his very next lap.

At the end of the first runs he was more than half a second up on Image Racing duo Jordan Boys (#49 VF Commodore) and Will Brown (#999 VF Commodore), who sat second and third respectively, with Best (#78 Altima) and Randle (#16 Altima) fourth and fifth.

Randle closed the gap to 0.0394s as he moved into second position at the start of his second run, then went fastest with a 1:20.8848s on his next lap.

Brodie Kostecki responded with a 1:20.4372s, while former Eggleston driver Brown was having something of a struggle on his second of just two runs.

The latter was still more than a second away despite improving on his seventh lap in Car #999 before halving that gap to move up to third for a period of time.

Brodie Kostecki did go for a third run but committed yet another kerb hop which denied him a chance to set a faster time and that would prove costly when Randle dug out the 1:20.4352s late in the piece.

Best jumped up from seventh to third at 0.4642s off the pace just before the chequered flag, edging Brown back to fourth, while Kurt Kostecki was an even later mover from eighth to fifth in the #55 Kostecki Brothers VF Commodore.

The field was rounded out by the other three rookies with Angelo Mouzouris (#10 Triple Eight Race Engineering VF Commodore) in 11th, ahead of Jayden Ojeda (#31 MWM Altima) and Zane Morse (#11 Zane Morse VF Commodore).

Results: Qualifying for Round 1