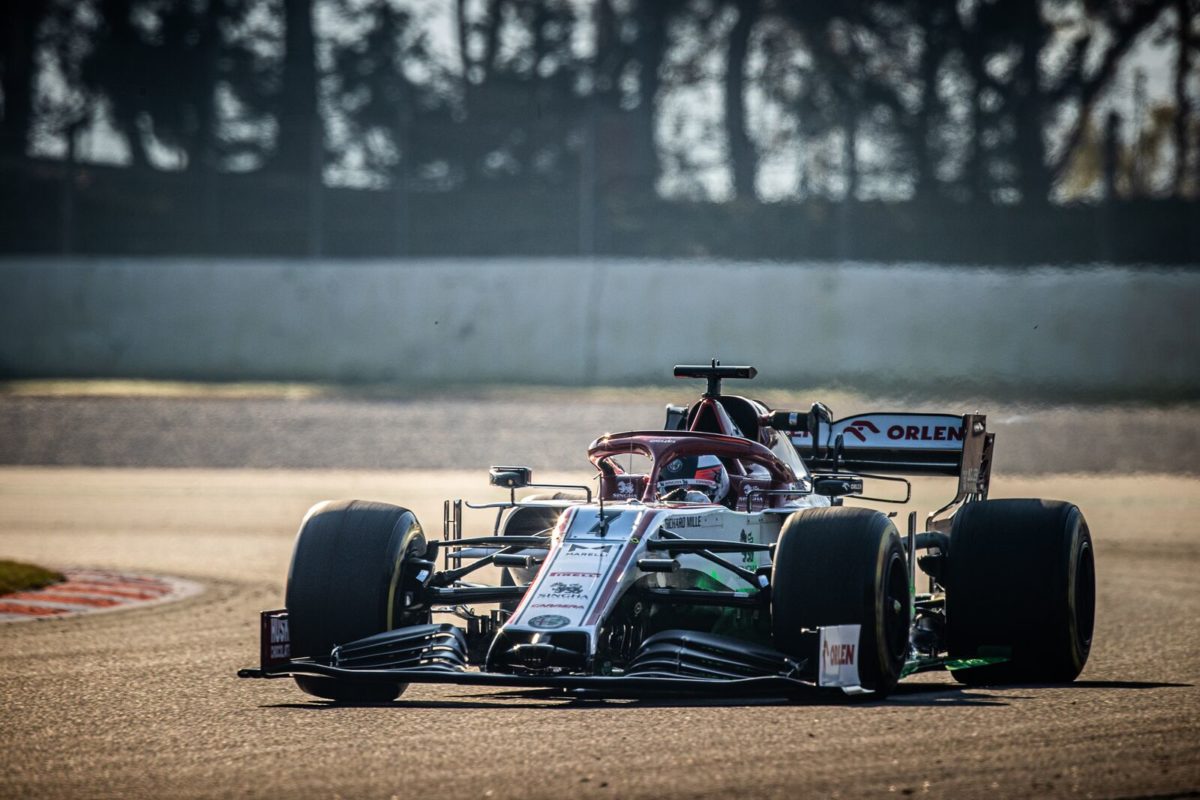 The Alfa Romeo veteran completed 135 laps en route to top spot, his 1:17.091s a quarter of a second faster than Sergio Perez in the Racing Point.

Daniel Ricciardo was third quickest, the Australian running the fewest laps of anybody as he shared duties in the Renault again with Esteban Ocon.

Between them they recorded a total of 92 laps.

Again the day ran largely without incident, though shortly after banking his quickest lap Raikkonen rolled to a stop out on track to trigger the red flag.

It was the first stoppage of pre-season after Wednesday ran green throughout.

There were moments for Pierre Gasly and Valtteri Bottas, who had spins but were both able to continue.

Having been fastest on Wednesday Lewis Hamilton was mid-table for Mercedes while Bottas was slowest of the 13 drivers who took to the Barcelona circuit.

During the course of the day footage emerged from Hamilton’s car of a unique system to adjust the toe from within the cockpit.

The roll hoop camera caught Hamilton moved the steering wheel forwards and backwards, in doing so adjusting the angle of the front wheels as he approached corners.

It’s a system that has been dubbed DAS; dual axis steering.

Ferrari too continued to play its cards close to its chest, with 72 laps for Sebastian Vettel and 49 for Charles Leclerc leaving them sixth and eighth respectively.

Raikkonen’s best was set on the softest C5 compound tyres, while Vettel used one step harder rubber for his best and Hamilton the hardest C1.

The final day of the opening pre-season test concludes on Friday, ahead of the second test kicking off at the same venue next week.