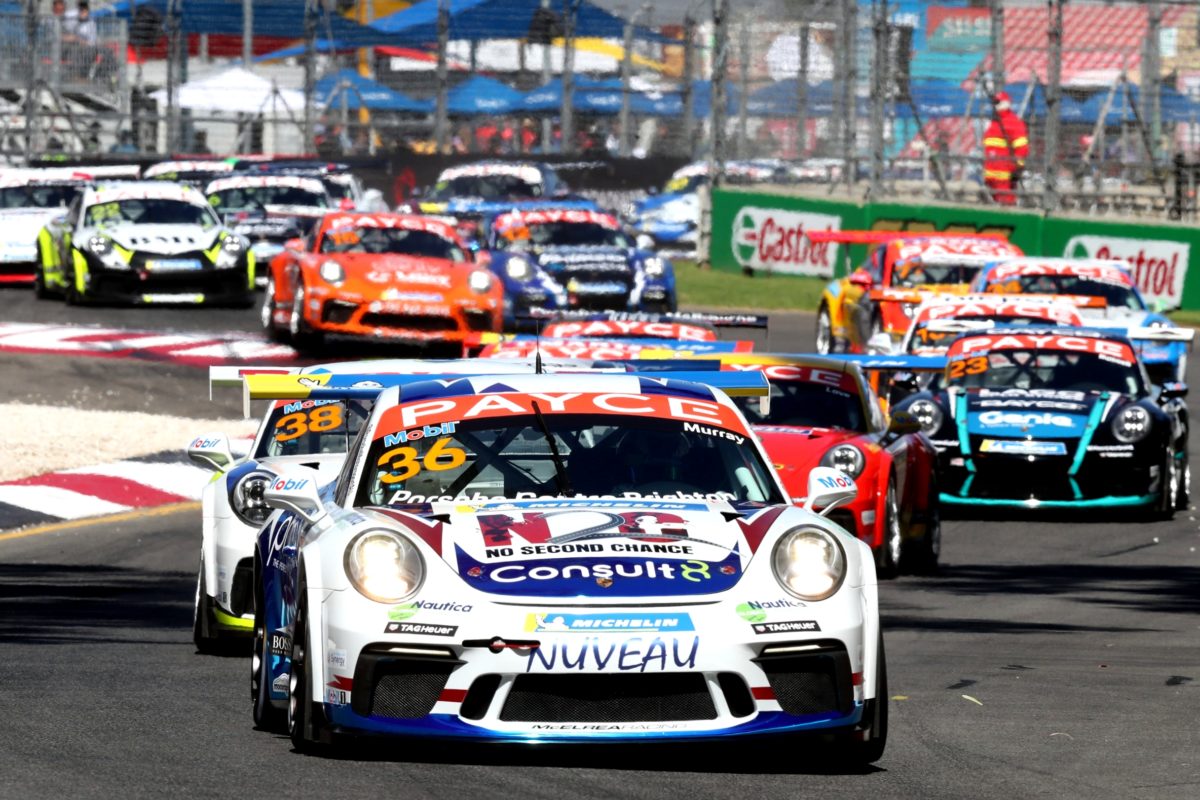 Cooper Murray leads the field on the opening lap

Cooper Murray has claimed a lights to flag victory in the opening Porsche Payce Carrera Cup Australia race of the weekend at the Superloop Adelaide 500.

Murray held station from pole before heading a quartet of cars which skipped clear of the rest of the field.

Second place was David Wall from Cameron Hill and Aaron Love, the trio running in close proximity but never able to make a move.

Further back there were dramas for Tim Miles and Stephen Grove in separate incidents on the opening lap, the former a retirement after finding the wall on the exit of the Senna Chicane.

At the end of the 10-lap race, Murray’s margin of victory was 1.8s from Wall, who in turn had pulled out a 1.4s advantage over the Hill and Love battle.

The second Porsche Carrera Cup Australia race of the weekend is scheduled for 13:30 local time/14:00 AEDT on Saturday.