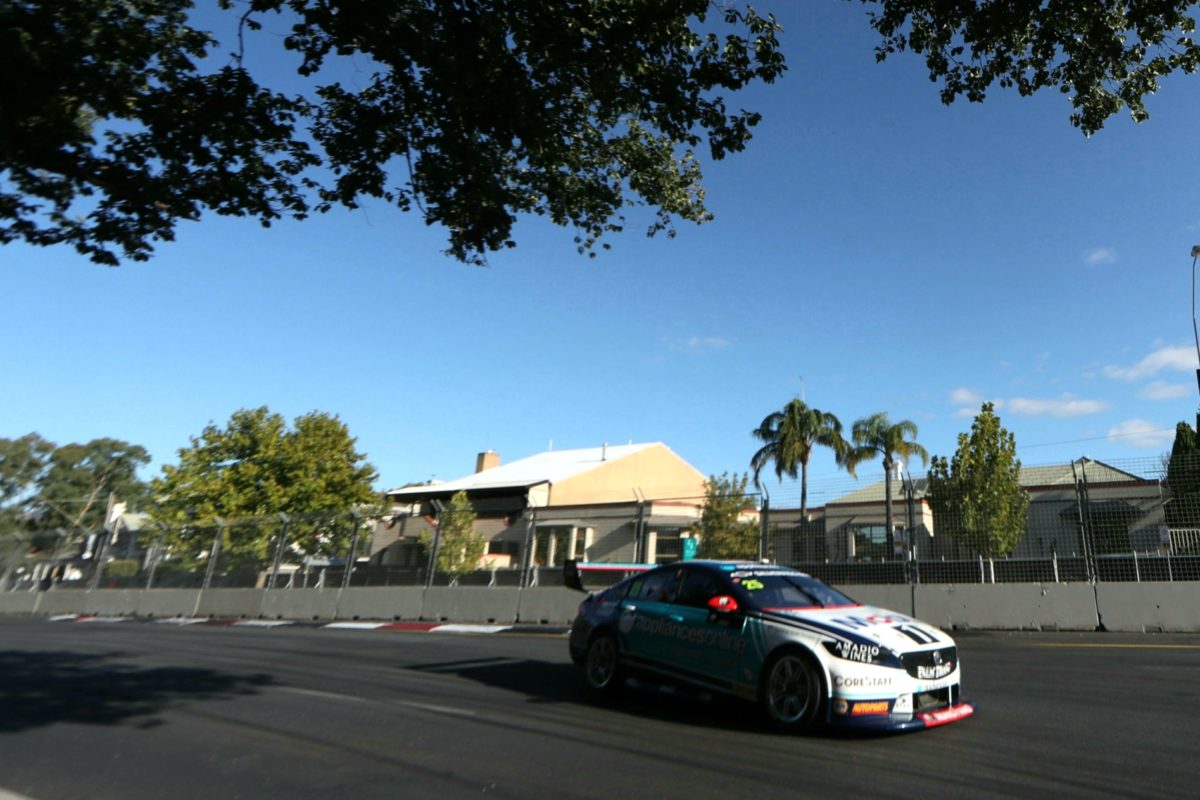 Chaz Mostert has topped a session for Walkinshaw Andretti United for the first time, breaking the practice record in the third session at the Superloop Adelaide 500.

The biggest off-season mover set a 1:19.2412s in the final minute of Practice 3 in the #25 Mobil 1 Appliances Online ZB Commodore, which put him 0.2828s clear of the Shell V-Power Racing Team’s Scott McLaughlin.

Will Davison rounded out the top three in the #23 Milwaukee Mustang while Fabian Coulthard was the biggest name to miss the bye to Part 2 of Sunday’s qualifying proceedings having been 13th fastest in the second DJR Team Penske Mustang.

McLaughlin then shot to the top on his second run with a 1:19.7466s in the #17 Mustang, which was the fastest lap of the weekend to that point

Ahead of the final runs, it was McLaughlin by 0.1330s over Mostert, followed by Reynolds, Davison, and Jamie Whincup at 0.3919s off the pace in the #88 Red Bull HRT ZB Commodore.

Reynolds and then Davison subsequently moved up to second position, before De Pasquale exited the danger zone into third spot in the final minute.

Mostert was seventh when he rolled out what would be the fastest lap of the session just before the chequered flag, after which Winterbottom jumped from 12th to fourth and bumped Rick Kelly (#15 Castrol Mustang) out of the top 10 in the process.

Behind Winterbottom by 0.0076s in the end was De Pasquale in fifth, with Whincup 0.0107s further back in sixth.

Kelly found himself on the outside by 0.0080s, with Lee Holdsworth (#5 Truck Assist Mustang) 12th and Coulthard 13th.

Team Sydney’s James Courtney wound up last of the 23 drivers to start the session, hitting the wall at Turn 8 in the #19 Boost Mobile ZB Commodore before pitting with a power steering failure.

Scott Pye did not make Practice 3 due to his earlier crash in the #20 DeWalt ZB Commodore, but is expected to be back on track tomorrow.

The next Virgin Australia Supercars Championship session is Qualifying for Race 1, tomorrow from 11:55 local time/12:25 AEDT.