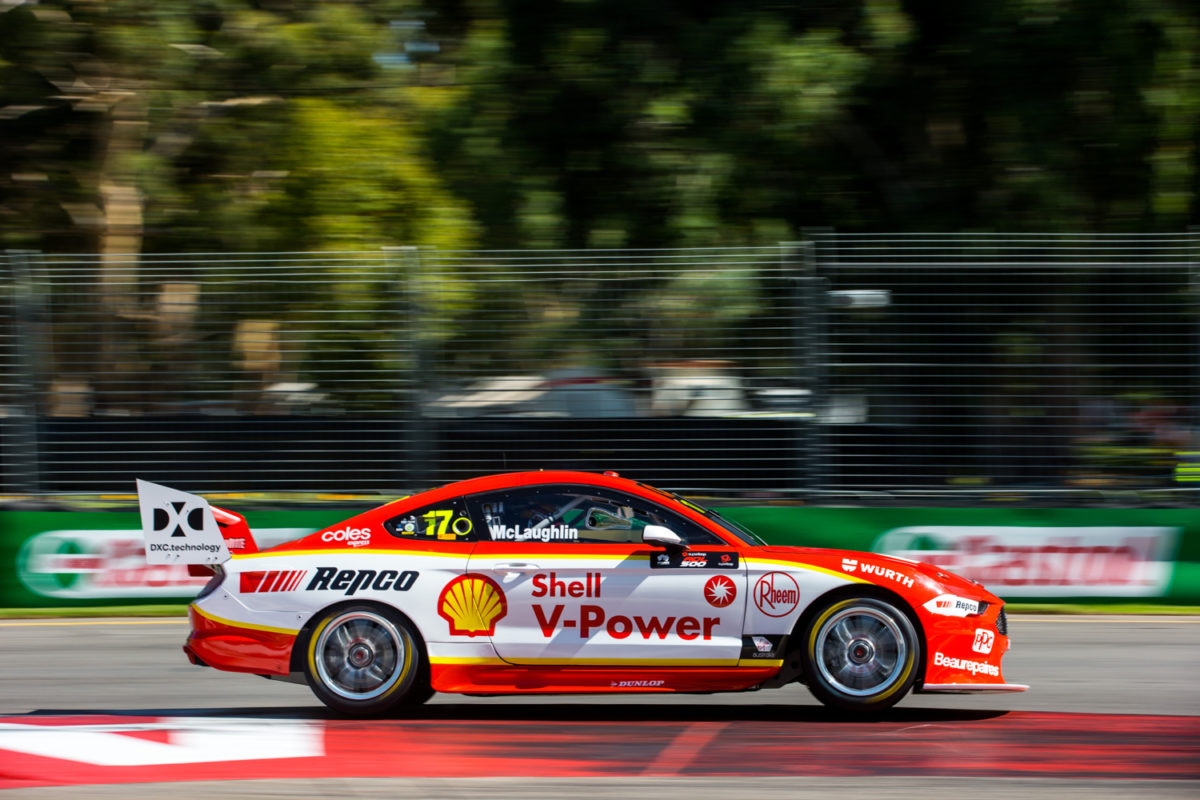 Scott McLaughlin admits that he and DJR Team Penske “need to keep searching” for the record-breaking pace which Chaz Mostert achieved in Practice 3 for the Superloop Adelaide 500.

Mostert laid down a 1:19.2412s to top the final practice session in his first race meeting as a Walkinshaw Andretti United driver, while McLaughlin finished up 0.2828s off the pace in second spot.

McLaughlin was at least satisfied that he and the Shell V-Power Racing Team had made gains between the day’s two half-hour sessions, having been 0.2404s and six positions away from fastest with a 1:20.0483s in Practice 2.

“We’ll see how we go tomorrow,” said the man who took the #17 Mustang to wins in both races at last year’s Adelaide event.

“I think we probably don’t have, at the moment… We probably need to keep searching for a 19.2.

“I think we’re not too far away but really, for me, (it was a) promising day because we didn’t really roll out that well and we’ve sort of just tuned it up over the weekend and it’s really nice now.

“So, I’m really excited for tomorrow.”

McLaughlin also had praise for the 27-year-old who made the off-season switch to another joint venture team.

“Just showing what those blokes had last year,” commented the back-to-back champion.

“I think at the end of the day Chaz has come in and first time is pretty impressive.

Both Mostert and McLaughlin earned direct passage to the second part of both of the qualifying sessions which set the grids for this weekend’s 78-lappers around the Adelaide Parklands Circuit.

The first of those qualifying sessions takes place tomorrow from 11:55 local time/12:25 AEDT.