Gordon wins off the front row in first SST race

Gordon wins off the front row in first SST race 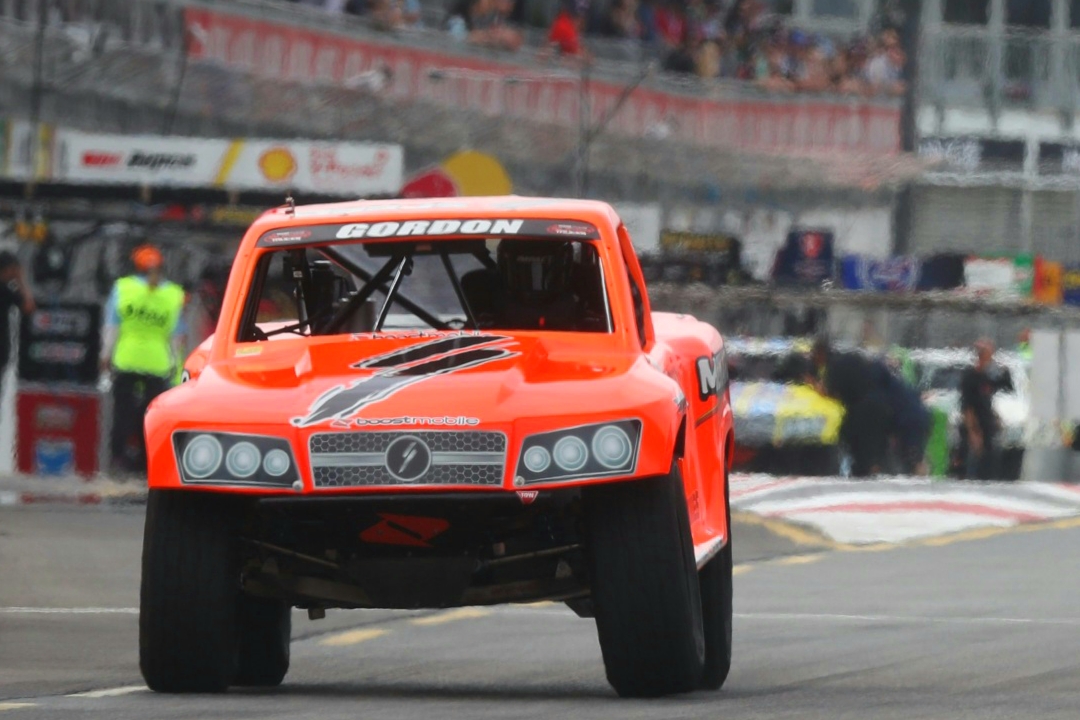 Robby Gordon fended off Toby Price to pick up a win in the first Stadium Super Trucks race in Adelaide.

Gordon, unable to set a proper lap in qualifying was gifted a front row start due to the series’ inverted grid format.

Billy Hynes got the jump off the line, but Gordon was able to make his way around the #57 truck before the end of the second lap.

Hynes was then quickly swallow by Paul Weel and Toby Price before the two-time Dakar champion made quick work of Weel and set his sights on Gordon.

As the Competition Caution was called, Matt Brabham manoeuvred himself into fourth.

The two-time title winner had earlier been the faster qualifier and by virtue started off the back row.

As the caution was lifted Brabham moved around Weel and joined Price in the battle for the top spot.

Gordon held the advantage over Price as the two came to the final part of the last lap, however the Californian ran wide and then locked up leaving the door open for Price.

While the pair were neck and neck coming out of the final corner, Price was unable to make the move and Gordon took the chequered flag.

Brabham rounded out the podium followed by Shae Davies and Weel.