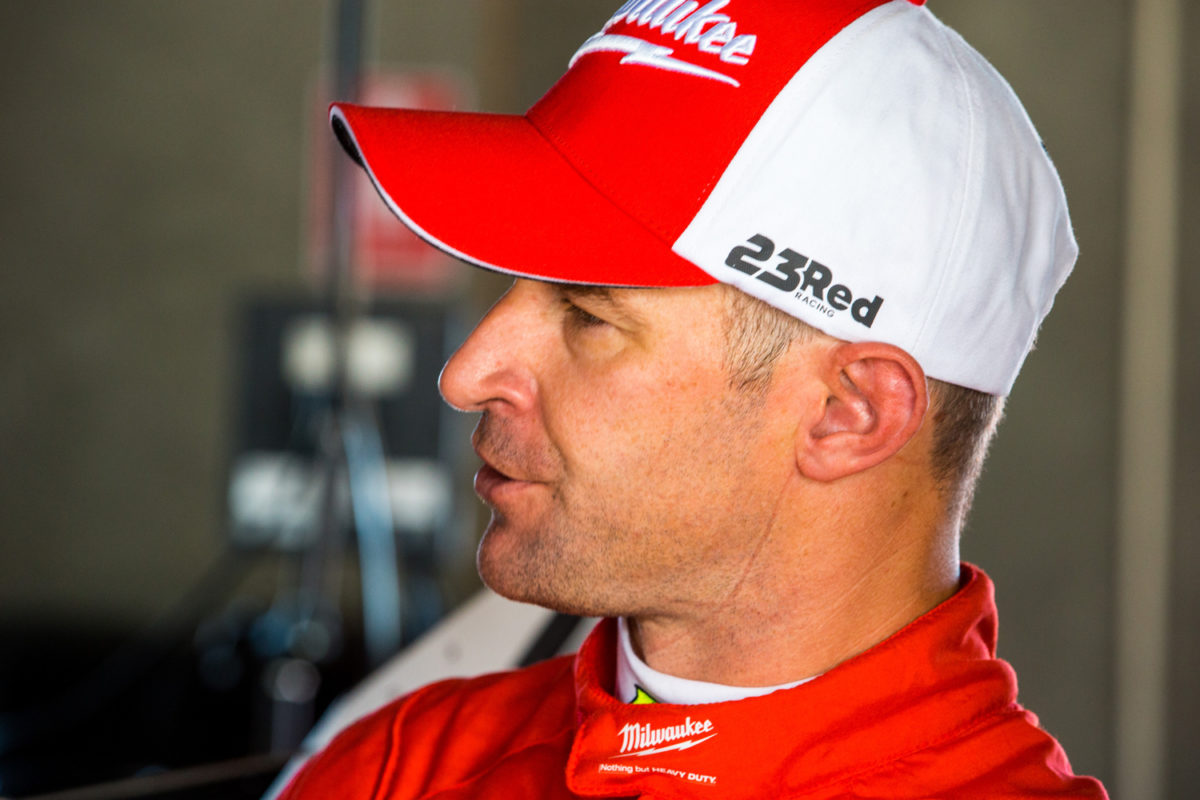 Will Davison says he’s comfortable in his Milwaukee Mustang despite the reduction in overall grip heading into the 2020 Supercars season.

Davison topped the BP Ultimate SuperTest on Tuesday at The Bend before recording the third fastest time in opening practice at the Superloop Adelaide 500 on Thursday.

“We had a pretty good test day Tuesday, completely different circuit here so I think everyone was sort of trying to anticipate what we were going to get.

“The car was quite comfortable for me.”

According to Davison, though the balance of his Mustang has remained much the same as it was last year, there has been a reduction in the overall grip level available to him.

“It was probably an interesting session and to be honest I was pretty comfortable in the car.

“I was getting a bit of tyre deg(radation), quite a bit of oversteer at Turn 4 and I was a bit concerned until Davey (Reynolds) came past me once all sideways and I thought well all well he’s got the same issue, so we’re all good.”

Davison believes though that while the changes made during the off-season have made a noticeable difference, there was other work carried out last year by the team to help put the car at the front of the field.

“So our balance hasn’t changed drastically but absolutely lost overall grip. There’s no doubt about that. Our guys did a great job last year regardless,” added the 23Red Racing driver.

“It wasn’t just a few panels on there which got us up the front, we obviously worked every hard mechanically on the car and made a lot of gains.

“We’ll just keep doing that amongst the four of us in our (Tickford Racing) team now.

“Yeah, shocks is quite interesting for us. It’s quite a positive thing for me at the moment, as long as they’re reliable.

“I think the degradation amongst everyone’s going to be different, so we’ll see more mistakes possibly.

“The way we tune the cars will probably have to be quite a bit different.”

Those sessions will then set the early running for qualifying on Saturday and Sunday respectively, with the top 10 receiving free passage through the opening phase.