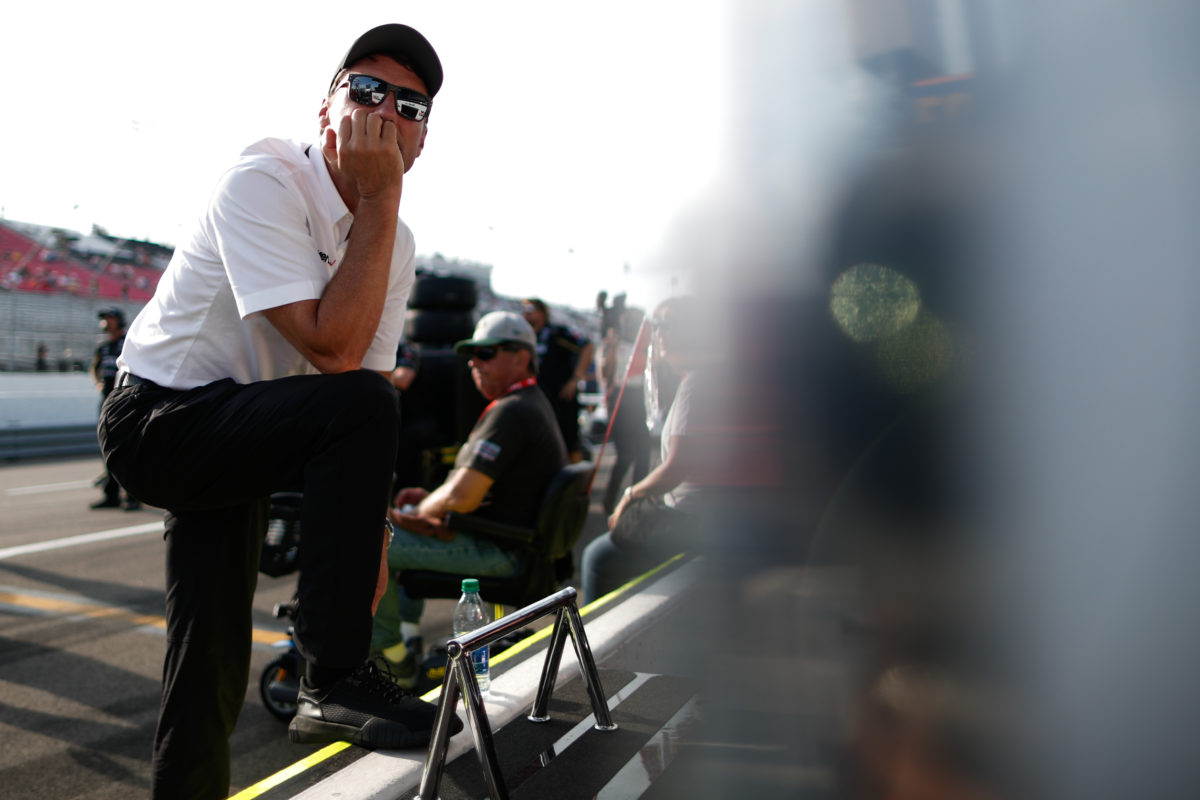 Team Penske president Tim Cindric says Holden’s departure from the marketplace has put a question mark next to Gen3.

The Virgin Australia Supercars Championship paddock has been filled with chatter about the future of the series following General Motors’ announcement earlier this week.

Speaking with Speedcafe.com at the Superloop Adelaide 500, Cindric said he doesn’t know what Shell V-Power Racing Team will do with Gen3 still in the works.

“It’s unfortunate for Supercars as a whole,” said Cindric.

“It brings more uncertainty into the series. I think we’ll have to see how it affects things long term, but it’s unfortunate.

“I don’t really know what Gen3 means (for DJR Team Penske), that seems to be a moving target,” he said when asked about Penske’s position beyond 2020.

“With the Holden process changing, I think that it’s something that needs to be reevaluated as far as what the long term outlook is (for the team), of what the Supercars format is, and really how it’s supported across the brands.

“I think it’s too early to speculate on all of that.”

This season marks only the second season of the Mustang and the team being formally factory-supported by Ford.

Late last year Roger Penske affirmed his belief that Ford sees value in Supercars as they look to promote the Mustang.

Cindric said the logical progression is a shift towards a Ford Mustang versus Chevrolet Camaro battle.

“For sure, I think those are the Supercars within the muscle car industry,” he said.

“You always want that battle. That’s what makes Supercars so unique, that tribal support that they have; Holden versus Ford. It’s really going to be something of the past.

“I think it’s yet to be seen how it all plays out.”

Cindric is in the unique position of being affiliated with both Ford and Chevrolet, the former via Supercars and NASCAR with the latter an engine supplier for their IndyCar Series programme.

However, he confirmed he hasn’t had any discussions with General Motors having come straight from the United States.

“No, I’ve honestly just gone from Daytona (500) to here. I certainly haven’t had any interaction with the GM folks as far as what happens here,” said Cindric.

“I try and come to as many of these events as I can. This is probably one of the very few early in the year that I can come to. Adelaide, I didn’t make it last year, but I made it the year before.

“I’m always here to support what’s going on with the new VCAT and dampers and other changes in the off-season; you’re always curious to see how it’s going to be.”