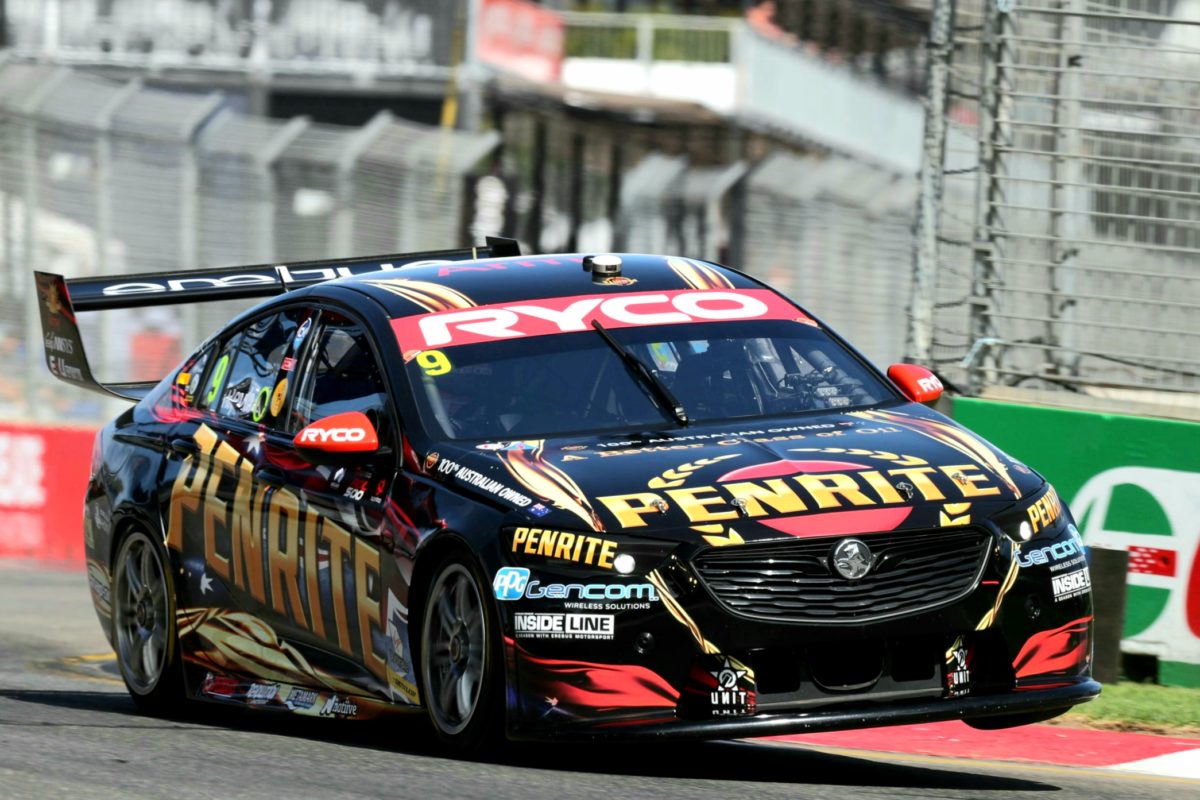 David Reynolds has ended up fastest in Practice 1 for the Superloop Adelaide 500 in a session in which the top three was covered by 0.0147s.

Reynolds was at the head of the timing screen when the session was called with around two minutes remaining for an awkward collision between Lee Holdsworth and Garry Jacobson which damaged the former’s #5 Truck Assist Mustang in particular. 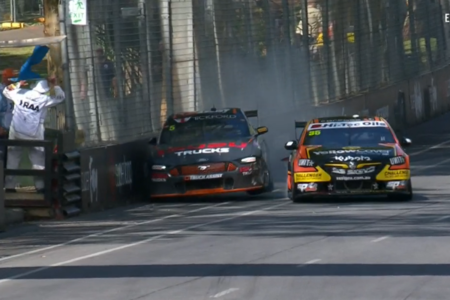 Jacobson had been moving slowly away from Senna Chicane when Holdsworth arrived at speed and had not the room to squeeze between the #35 ZB Commodore and the wall on driver’s right.

The wheel-to-wheel contact broke the left-front of Holdsworth’s Tickford Racing car, which came to rest just beyond the track limits at Turn 4 with Jacobson’s YellowCover car parked behind.

Shane van Gisbergen ended up second in the #97 Red Bull HRT ZB Commodore and Will Davison third in the #23 Milwaukee Mustang.

Reynolds set the pace through the first runs with a 1:20.6864s in the #9 Penrite Racing ZB Commodore.

That left him 0.1412s ahead of new Walkinshaw Andretti United signing Chaz Mostert (#25 Mobil 1 Appliances Online ZB Commodore), who was first into the 1:20s, at the time.

Van Gisbergen, who was soon sighted barely touching the wall with the outside mirror at the Turn 8 Sweeper, took up second position on his second run at just 0.0098s behind Reynolds, while Davison crept back up to third at 0.0397s back from #9.

It was an even more eventful third run for van Gisbergen, who had an adventure up the run-off area when he locked the rears at Wakefield Road then a sizeable drifting moment through Turn 9, either side of a lap on which he nearly improved his time.

Davison did find more time on his third run, albeit only another 0.0250s, which saw the 23Red Racing driver remain third, from Mostert and Cameron Waters (#6 Monster Energy Mustang), while Fabian Coulthard (#12 Shell V-Power Mustang) jumped to sixth on the half-hour mark.

Scott McLaughlin (#17 Mustang) was the last major mover, going back ahead of team-mate Coulthard and into sixth position late in the piece with a 1:20.9710s, while Nick Percat (#8 X-Convenience ZB Commodore) was first of those in the 1:21s in eighth position.

Reynolds said, “My car was pretty good straight out of the gate.

“At the test day on Tuesday (at The Bend) I was like 16th or something and that was my genuine pace so I was looking for ways to sort of make all these excuses, but I was genuinely slow.

“Then, different track, different day and my car was amazing. Straight out of the gate, had a ball.”

Rick Kelly finished 11th with a marked #15 Castrol Mustang after a not insignificant bump of the Turn 8 wall, while James Courtney only completed nine laps before a bent lower control arm forced the #19 Boost Mobile ZB Commodore into the garage.