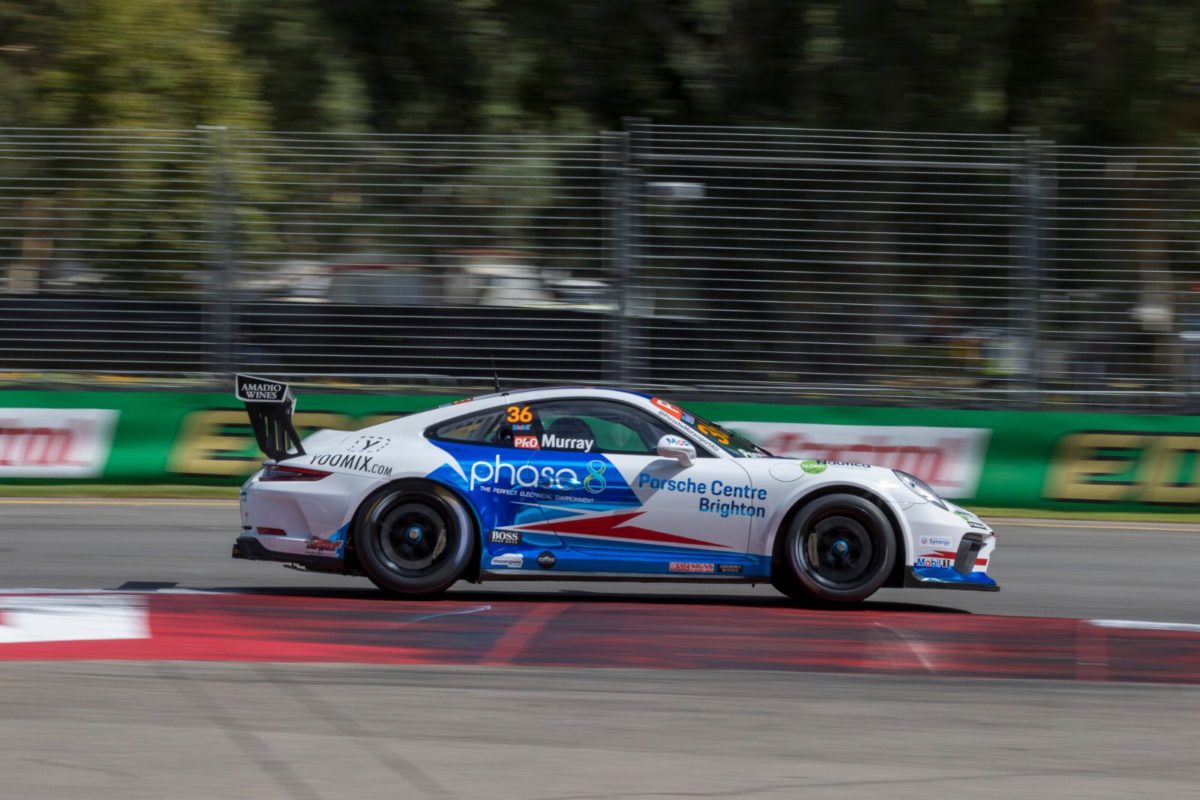 Murray was a third of a second clear of David Wall following the second 20-minute practice session of the day, with Practice 1 pace setter Cameron Hill in third.

Joey Mawson got the wall at Turn 8 with seven minutes on the clock, losing the back end mid corner before tagging the barrier with the left rear.

Covered under yellow flags as the session continued, he brought the car to a halt on the approach to the Turn 9 hairpin with a time good enough for 18th.

That however would fall to 22nd and last by session’s end, having been 12th fastest in Practice 1.

Carrera Cup Australia is back on track on Friday morning for qualifying, a 20 minute session starting at 11:10 local time.