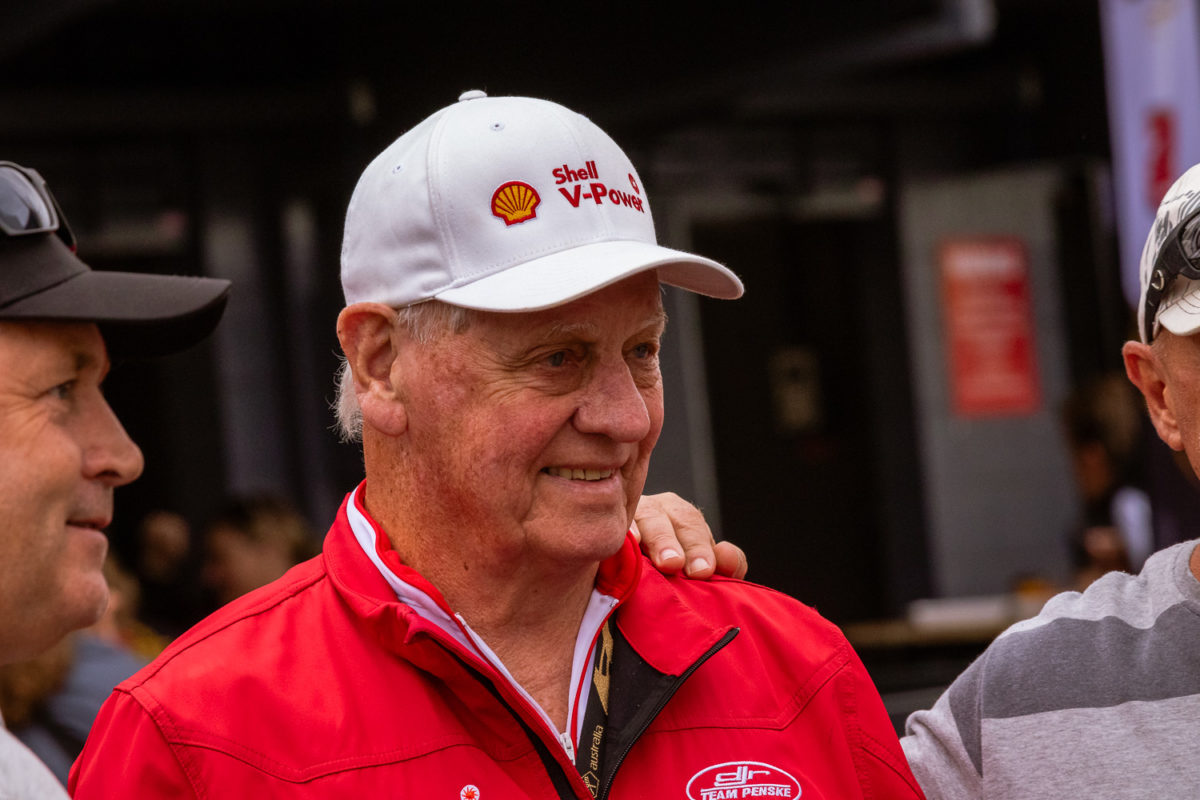 Ford hero Dick Johnson believes the Chevrolet Camaro should be introduced into Supercars as the replacement for the Holden Commodore.

With the Australian brand’s fate now sealed, the ongoing involvement of General Motors in the Supercars Championship is unclear.

Red Bull Holden Racing Team owner Roland Dane is this week set to meet with GM to discuss its future in Australian motorsport, a future Johnson suggests should transition to the two-door Camaro.

The four-time Australian Touring Car Champion reasoned the Ford Mustang versus Camaro battle is the logical progression from Falcon versus Commodore.

“Quite frankly, you could see it coming,” Johnson told Speedcafe.com of Holden’s demise.

“It’s an iconic brand in this country. It’s been around since the late ‘40s.

“That’s what this game is built on,” he added.

“I think you’re going to find it’ll turn around to the Mustang and Camaro.

“I think people are pretty familiar with those cars anyway, without a doubt, because it’s a General Motors product.

“You’ve got to have red and blue. That’s exactly what is it. It’s just the DNA of this country is Ford and Holden, or Ford and General Motors.

“You can see that there is a number of vehicles when you look around the system where they’ve taken the Holden badge off and put a Chevrolet badge on their Commodore. It’s badge engineering.”

The Walkinshaw-owned Holden Special Vehicles currently converts the Camaro for right-hand drive in Australia, and the Chevrolet hero car has been touted as a candidate for GM’s future Supercar.

However, it could be an option when the sport moves to Gen3 in 2022, a point which could witness a seismic shift in Supercars’ technical philosophy.

Speaking over the course of the Bathurst 12 Hour, Supercars CEO Sean Seamer admitted the sport was open to a move towards sportscars if that is where the market was headed.

It’s not a move Johnson supports, suggesting the Mustang in its current form pushes the envelope in terms of what comprises a touring car as far as it can be pushed.

“Supercars have been thinking about it for a while with the Gen3 car. I think you’ll find that was going to be based around a Camaro anyway,” he said.

“I think we’ve gone as far as we can possibly go, as far as the Mustang. Going from four doors to two doors, that was a big step.

“My opinion is that it shouldn’t go any further than that. Two doors are the limit of where we should be.

“We shouldn’t be going to Lamborghini or Ferrari style things. It’s not what our racing is about. These guys rub door handles.

“Those things don’t do that too well. We’ve seen GT3 cars here (in Australia) and the punters don’t like them too much.”