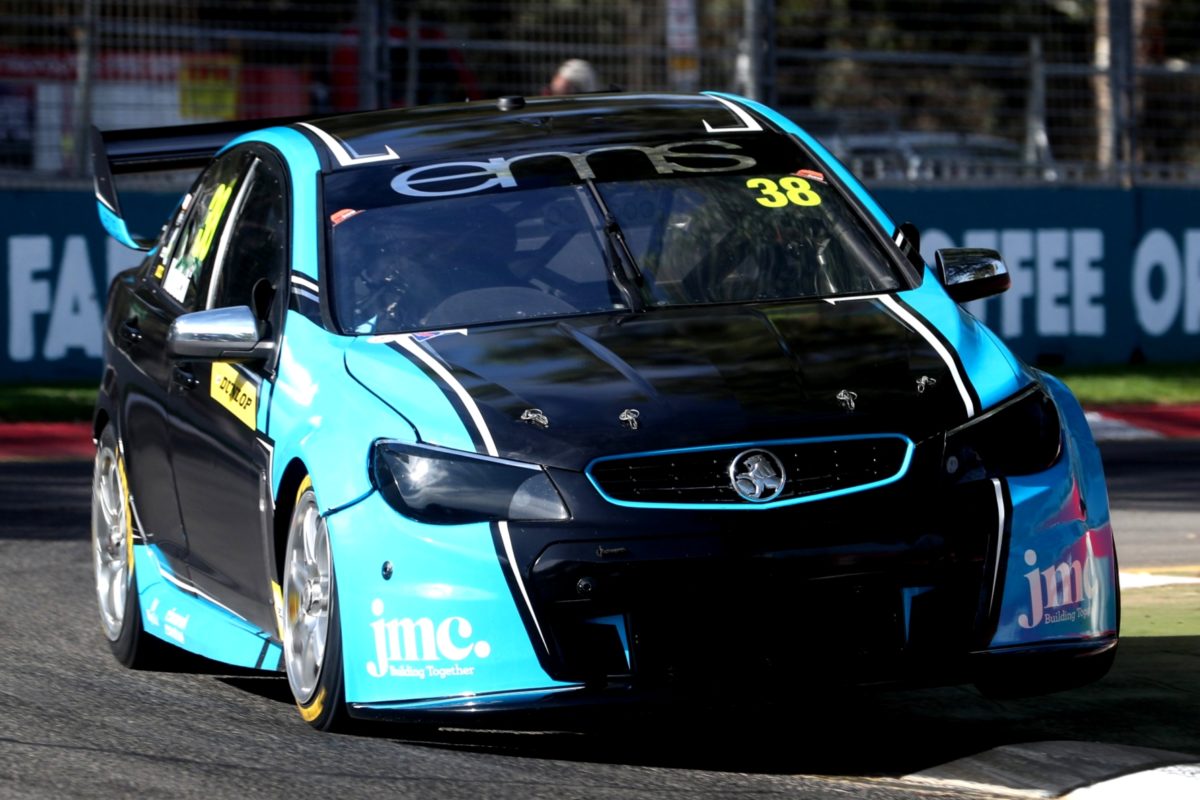 Eggleston Motorsport’s Brodie Kostecki has gone two from two in practice for Round 1 of the Dunlop Super2 Series at the Superloop Adelaide 500.

Kostecki backed up his pace-setting Practice 1 effort with a 1:21.3420s in the second, half-hour session in the #38 VF Commodore.

The man who used to drive that entry, Will Brown, ended up second with a 1:21.8241s in the #999 Image Racing VF Commodore, although he seemed to not get the best from his final run due to a late red flag.

Brad Jones Racing’s Josh Fife, who has this year moved up from the Super3 Series, nosed the #14 VF Commodore into the wall at Turn 11, which accounted for what would have been the final two minutes of Practice 2.

Brown had bowled out with a 1:22.3417s on his first timed lap, before Brodie Kostecki closed to 0.0561s behind on his second flyer and third lap in total around the Adelaide Parklands Circuit.

The latter found time on each of his next three laps, and also a couple of laps later again, lowering the benchmark to a 1:22.0889s just before pitting to end a relatively long first run.

It was Randle, however, who was the first to undercut the best that Brodie Kostecki had achieved in Practice 1 when he drove the 2019 series-winning Altima to a 1:21.9714s during his second run.

He held top spot for five minutes before Brown reclaimed it with a 1:21.8241s in the 19th minute of the half-hour session.

Ahead of the final runs, it was the Erebus junior from Randle, Brodie Kostecki, Kurt Kostecki (#55 Kostecki Brothers VF Commodore), Boys, and Perkins, with 0.6893s covering first to sixth.

Brodie Kostecki, Perkins, Boys, and Matt Chahda all appeared to get in simulations for the only qualifying session of the weekend before Fife’s mishap.

All told, it was Brodie Kostecki by 0.4821s over Brown, and the former was also fastest to the first sector when the red flag was called in the 29th minute.

Perkins was ultimately third at 0.5367s behind his team-mate, Randle had no chance to improve on his second run and wound up fourth, while Boys was fifth having ended the session with a taped up nose on Car #49.