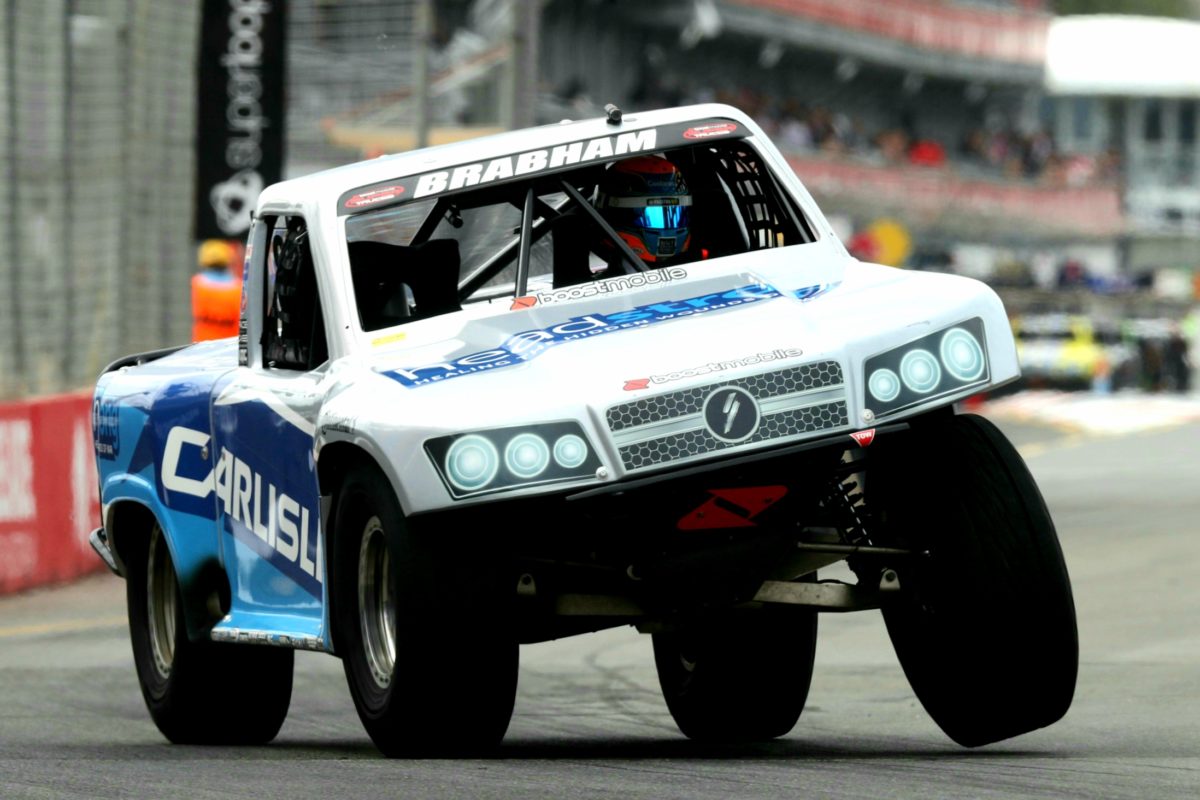 The two-time series winner ended the session with 0.7578s over Greg Gartner (1:45.5581s), while Robby Gordon, Toby Price and Shae Davies all finished within the top five.

At the close of the session rookie Luke Vanna made hard contact with the inside wall after a jump gone wrong. Vanna landed at an angle after the Turn 13 jump and shot off towards the wall. He was able to bring the truck back to the pitlane.

While earlier Gartner also had a wild moment as his truck skidded across the Senna Chicane.

Series creator Gordon topped the first practice in the morning with a 1:45.0142s, holding a two-second margin over the rest of the field. Brabham, Price, Paul Morris and Davies rounded out the top five.

Next up for the series is a 20-minute qualifying session tomorrow (Friday) at 12:55 local time, followed by their first race at 17:25.