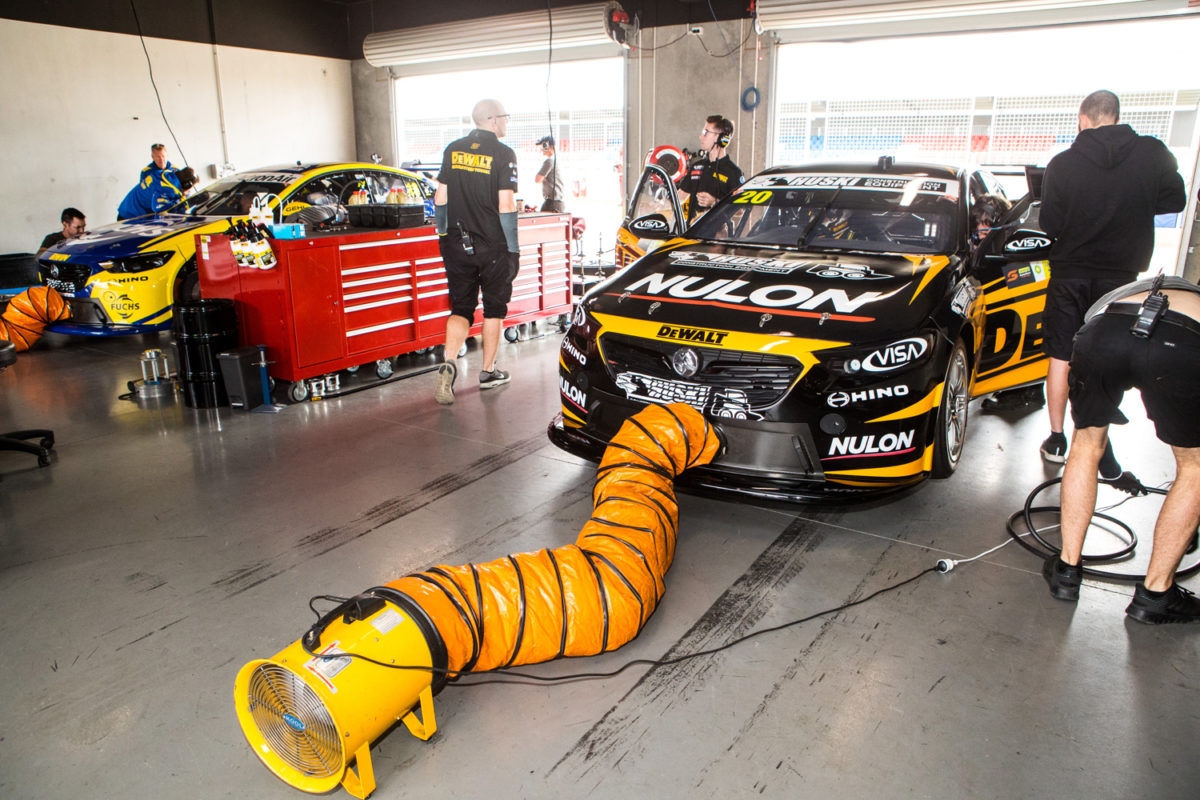 Matt Stone Racing and Team 18 have detailed the challenges involved with expanding to a two-car operation.

This year both teams will run two cars in the Virgin Australia Supercars Championship, however, with different operational setups.

Team 18 will once again run Mark Winterbottom for a second season with Scott Pye a newcomer to the team.

Speaking with Speedcafe.com, Team 18 team owner Charlie Schwerkolt said his team had increased its spares package as well as bringing on new staff.

Not only that, but the addition of a new car means the team had to ‘play Tetris’ filling the truck in the lead up to the pre-season test.

“There’s a lot that we didn’t really look into that you forget about,” said Schwerkolt.

“There are lots of little things you’ve got to buy. Scales for the car, fuel rigs, and all that sort of stuff.

“There are so many little things that you’d never thought of, and that costs an enormous amount of money to get it there.”

For Gold Coast-based outfit Matt Stone Racing, the transition hasn’t been as hard given the team already has had cars running parallel in the Dunlop Super2 Series.

Stone said the transition hasn’t been too hard after they decided early enough to make the commitment.

“It wasn’t as much as you would think in terms of doubling everything because we were running a couple of the cars in Super2, which we’ve downsized that operation,” he said.

“So it’s a case of repurposing a lot of that equipment and staff and that and moving it into the main game.

“However, in terms of boom and pit equipment and everything set up to run two cars, we’ve obviously had a bit of work to do there.”

From a competitive point of view, Schwerkolt and Stone said having two cars will help them get up to speed.

“I don’t want to get ahead of myself, but obviously having two cars, two sets of data, we’ve got something to compare instead of waiting for a whole session from Triple Eight,” Schwerkolt said.

“We’ve had to pioneer our way through, so it’s a lot harder. Having one car on 18 PSI and one car on 20, you can figure it out pretty quickly, which pressure works.

“Same with springs. I think the control dampers will bring us back in the field a little bit. We had very little resource with the dampers last year.”