Mingay to complete incredible comeback in Adelaide this weekend

Mingay to complete incredible comeback in Adelaide this weekend 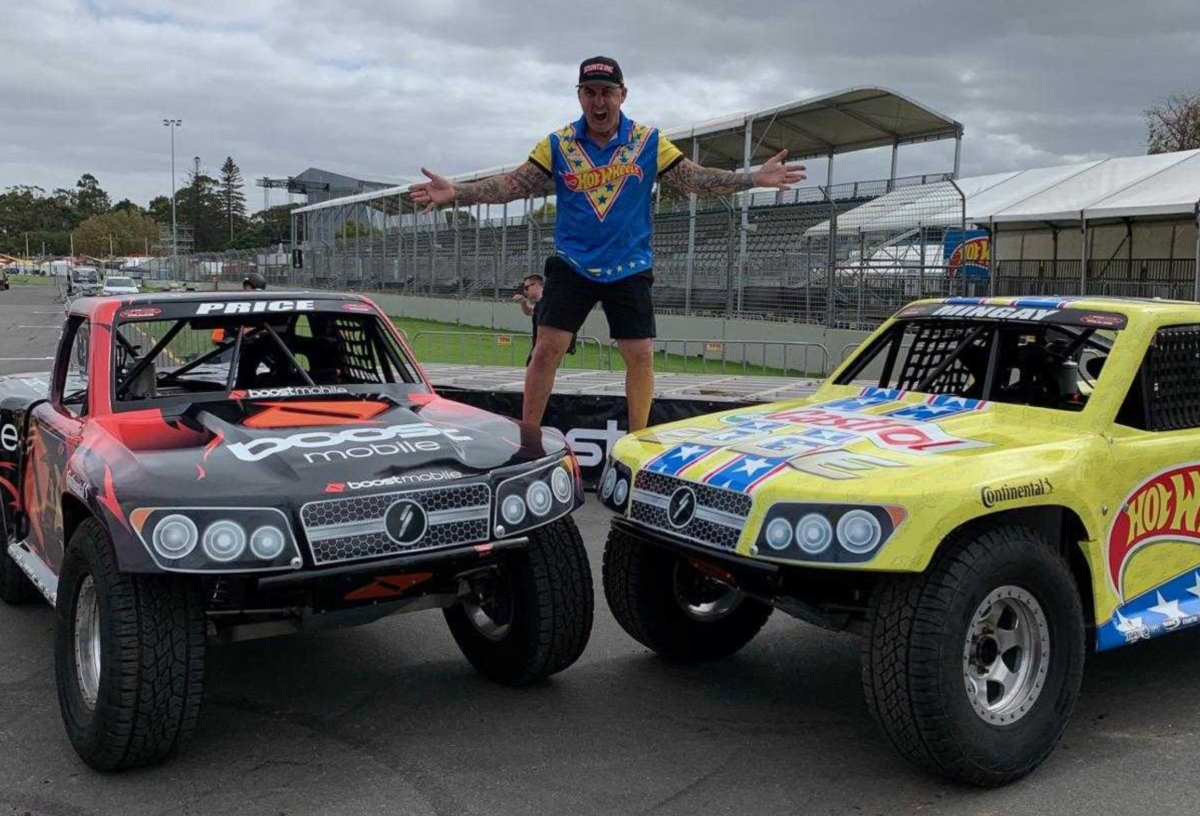 Australian action sports athlete and well-known stuntman Matt Mingay will return to competition this weekend after recovering from a near-fatal accident almost four years ago.

Mingay was left in a life and death situation in June 2016 when he crashed and ripped the roof off his stadium super truck in an event at Belle Isle in Detroit, Michigan.

He suffered serious head injuries, a fractured neck, bruised lungs and significant facial injuries to his lower jaw where he lost nine teeth and shattered all of his jaw and mouth bones. 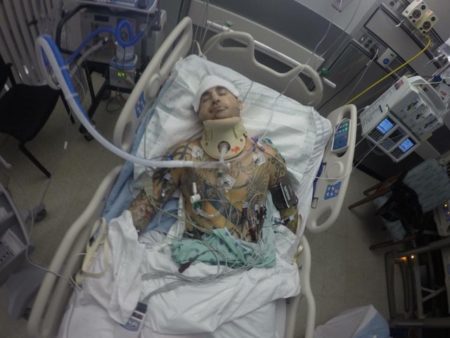 Mingay in hospital following the crash

After multiple surgeries and endless hours of rehabilitation Mingay will be back behind the wheel of a Stadium Super Truck in the first round of the Boost Mobile Australia-USA SST series at the Superloop Adelaide 500.

“It is pretty exciting to know I will be back out on track tomorrow,” said Mingay.

“We have kept the whole thing pretty quiet, but we are back.

“It will be a massive day for my fan base which has grown and been incredibly supportive over the last three and a half years.

“My close family and friends are probably struggling a bit with it (racing again), but they know it just means so much to me.”

When he starts up his truck tomorrow it will be a major step in a journey which started with many weeks on a hospital critical list.

While he has not been able to compete in motorsport events, Mingay has been involved in more than 670 individual performances at events around the country on this stunt bike and in his drift car and stadium jump truck.

That has helped with his fitness, which he has described as being at the highest level of his career.

“It took a long time to get the CAMS license (Motorsport Australia), but after a couple of years of trying I finally got it on Monday,” said Mingay.

“It has been a long battle, but it has been worth it.

“I had to get my brain right and have been working my butt off for more than six months to get my fitness to a level it hasn’t been at before.”

The injuries have left Mingay with facial scars, a jaw made of titanium and a set of new bottom teeth.

“The only thing that I really suffer from now is my slurred speech,” said Mingay.

“People talk to me and think I have been drinking.

“The truth is, I worked out that alcohol was doing nothing for me at all and I gave up drinking about six months ago.”

Ironically, Mingay has not raced in Australia since the SST events in Adelaide in early 2016 and he returns this weekend with continued major support from Hot Wheels and Castrol.

“To have Hot Wheels, Castrol and the rest of my sponsorship group support me through all this has been incredible. They have stuck by me,” said Mingay.

“To be honest, I have not even sat in the stadium super truck during any of the lead up,

“The two practice sessions tomorrow will be pretty important as I try and get my eye in.”

The Gold Coaster is set to make his SST debut in the first round of the Australia v USA Series in Adelaide before races at the Pirtek Perth SuperNight in Perth (May 15-17) and the Gold Coast 600 (October 30-November 1).