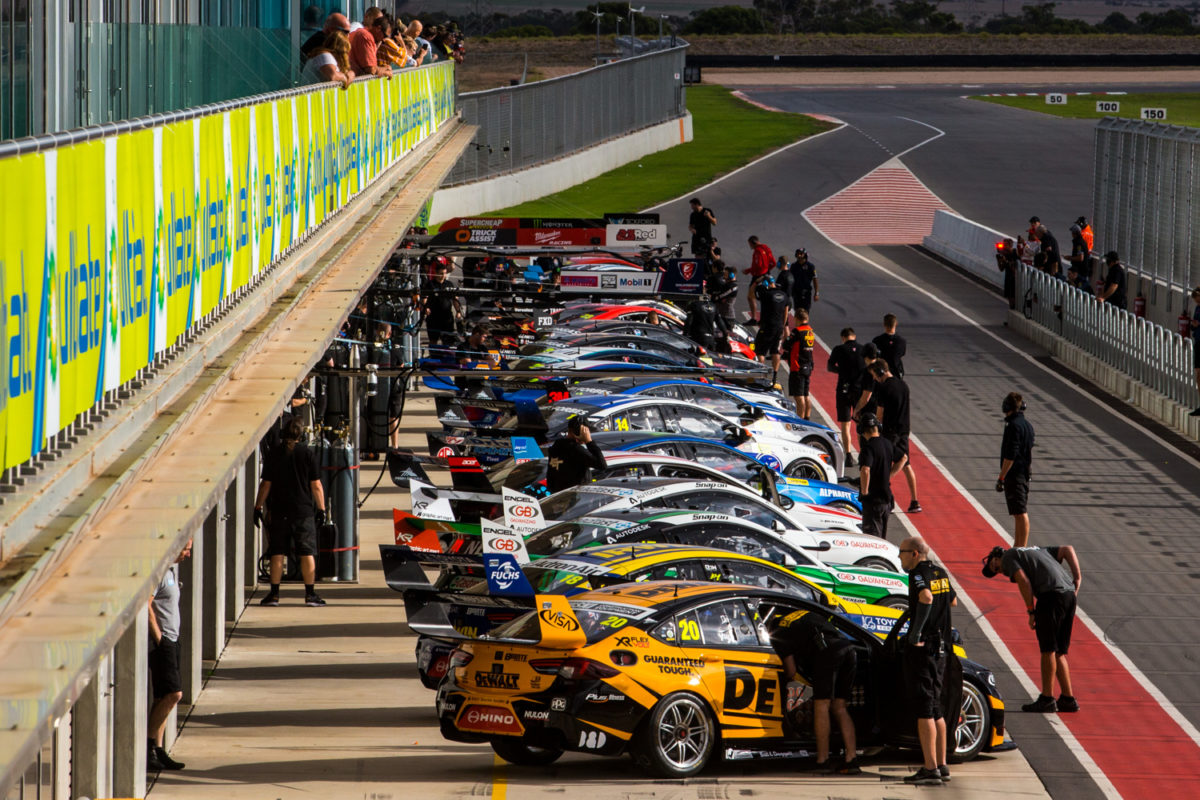 The Supercars field at the BP Ultimate SuperTest

The introduction of controlled shock absorbers into the 2020 Supercars Championship will help level the playing field, according to Mark Larkham.

The former driver and team owner, who now works with Fox Sports as a pit lane reporter and pundit, is famed for the technical insight he brings the coverage.

With that knowledge, Larkham believes that the introduction of a new shock absorber will help offer some of the smaller teams an opportunity to compete with the established class leaders.

“I don’t think that’s going to make anyone leap out in front, but what I do think is it’s going to bring, some of the midfield players that may have struggled in that area comparative to say a Penske or a Triple Eight, further into the pack,” Larkham told Speedcafe.com.

“I mean, the dynamics of a race car and what you can do with it in terms of corner entry and power off the corner, particularly using springs and shock absorbers, is profound.

“I’m particularly excited about seeing is how Chaz (Mostert) and Walkinshaw Andretti (United) go because we saw them trial a version of the control shock on their cars, and it has made them quite competitive.”

Along with the technical impact of the new package’s introduction, Larkham believes there’s a psychological impact on the smaller teams, which have previously been unable to match the setup of the larger squads.

“A lot of it will be perception, because it’s hard to motivate a team, from a driver to an engineer to a mechanic, if the perception within the team, is ‘those guys up in garages one, two, three, and four have something so much better than we do that we just can’t get to,’” he reasoned

“I’ve seen the shock absorber departments of all those teams, right, and they are different.

“So to now know we’re all using the same device, I think psychologically… I mean, it doesn’t matter what sport you’re in; if you’re a pole vaulter, and you know they’ve got a better pole, it can take your eye off the ball. So, I think it’s positive thing.”

Teams had their first opportunity to sample the control shock package at the BP Ultimate SuperTest on Tuesday.

However, the smooth The Bend circuit is in stark contrast to the bumpy Adelaide Parklands Circuit, which will host opening practice for the Superloop Adelaide 500 tomorrow at 15:55 local time/16:25 AEDT.