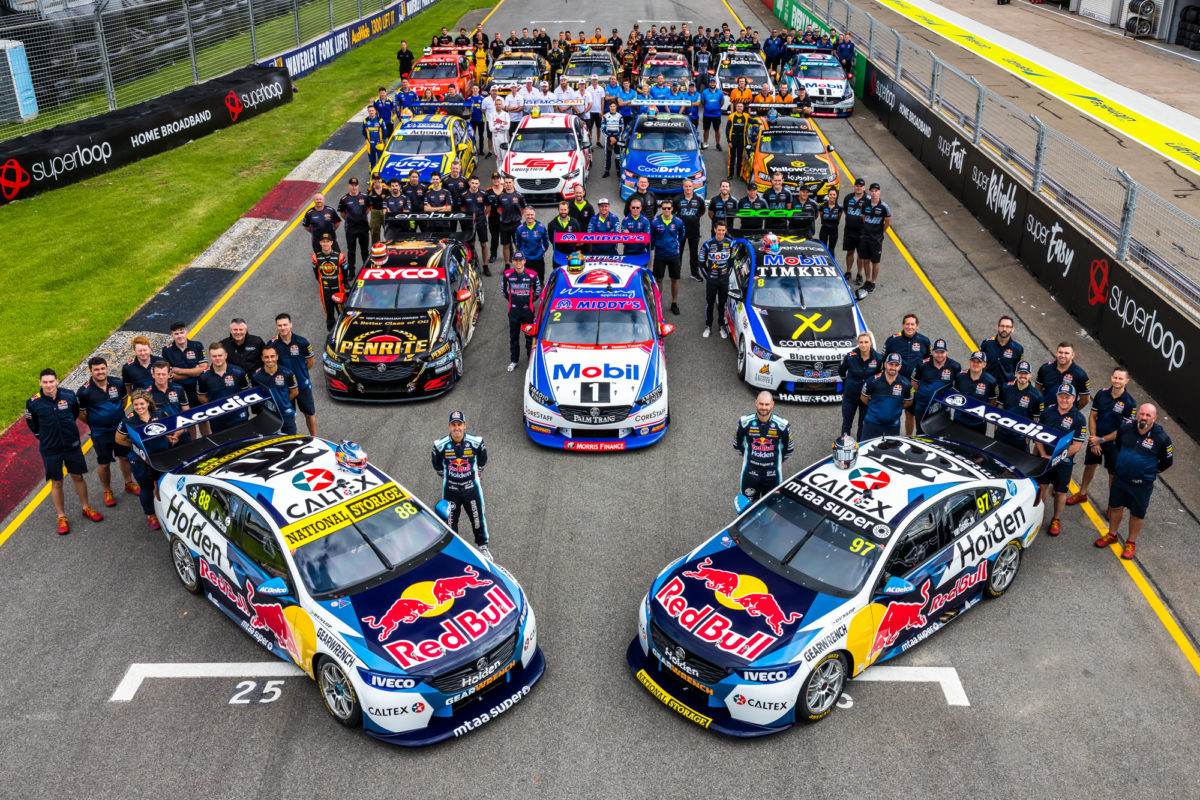 Holden teams have gathered on the front straight of the Adelaide Parklands Circuit ahead of this weekend’s Supercars season opening Superloop Adelaide 500.

All Holden Commodore ZBs set to compete this weekend were present, save one of the two Team Sydney entries.

The photo came in the same week as General Motors confirmed it would close down the iconic Australian brand “by 2021”.

Red Bull Holden Racing Team boss Roland Dane is this week set to meet with GM to further understand its impact on his team.