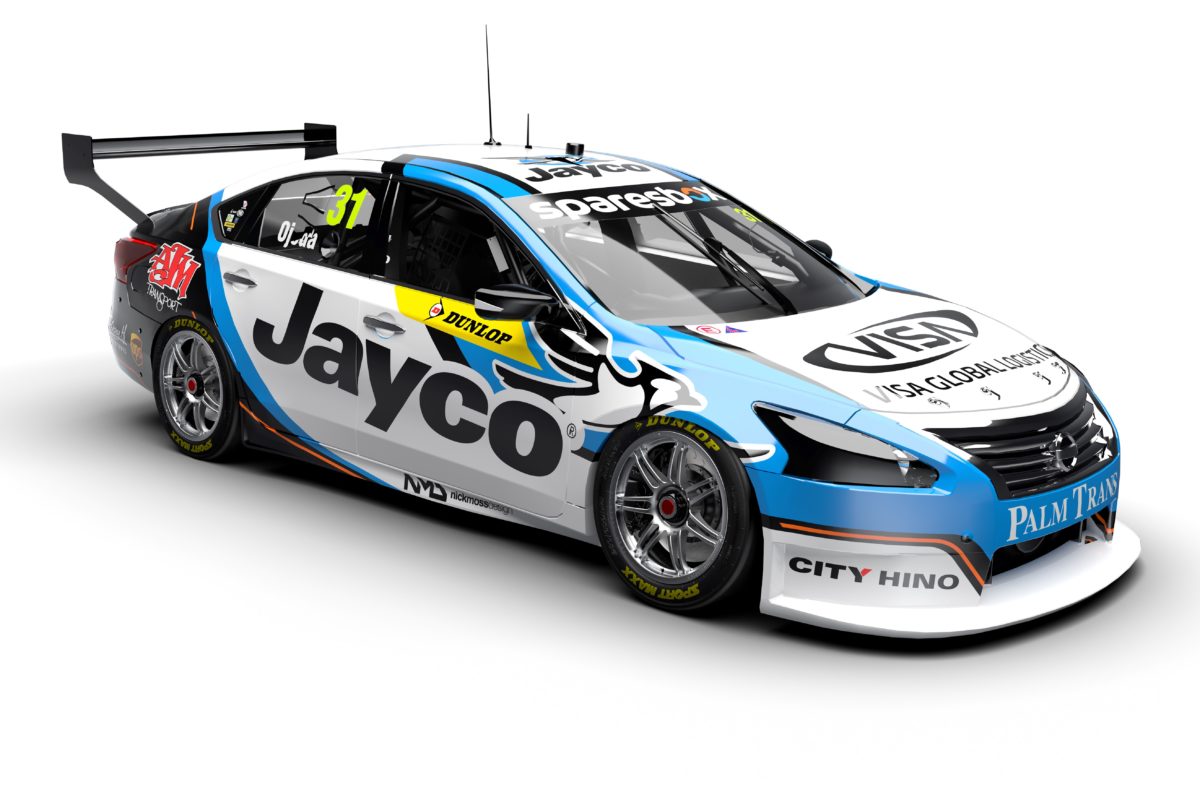 A render of Jayden Ojeda’s livery

The 2018 Australian Formula 4 champion and 2019 Super3 Series runner-up has taken up the last available seat at MWM and is the final driver confirmed for Round 1 of Super2 at the Superloop Adelaide 500.

The colours that his Altima will carry are familiar to the series-winning team, which has previously fielded multiple Jayco-backed Falcons.

“MW Motorsport is thrilled to welcome back Jayco as a team partner for the 2020 Super2 Series,” said team owner Matthew White.

“We have enjoyed a long history together and it’s great to have an iconic Australian brand support Jayden in his debut Super2 season.

“Jayco was the former title sponsor of the Formula 4 when Jayden won it in 2018, so they were excited by the opportunity to reconnect with him.”

Ojeda will be team-mate to another driver fresh out of Super3 in Zak Best, as well as Sandown 500 podium finisher Thomas Randle, who has moved across from Tickford Racing.

Kurt Kostecki has also revealed what his Super2 entry will look like this year.

The Triple Eight Racing Engineering-built VF Commodore which he will run himself under the banner of Kostecki Brothers Racing carries primary backing from WeldingSuperstore.com.

Kostecki finished runner-up to Bryce Fullwood in 2019 and has now earned the co-driver role alongside the new Walkinshaw Andretti United signing in what will be his maiden Pirtek Enduro Cup campaign.