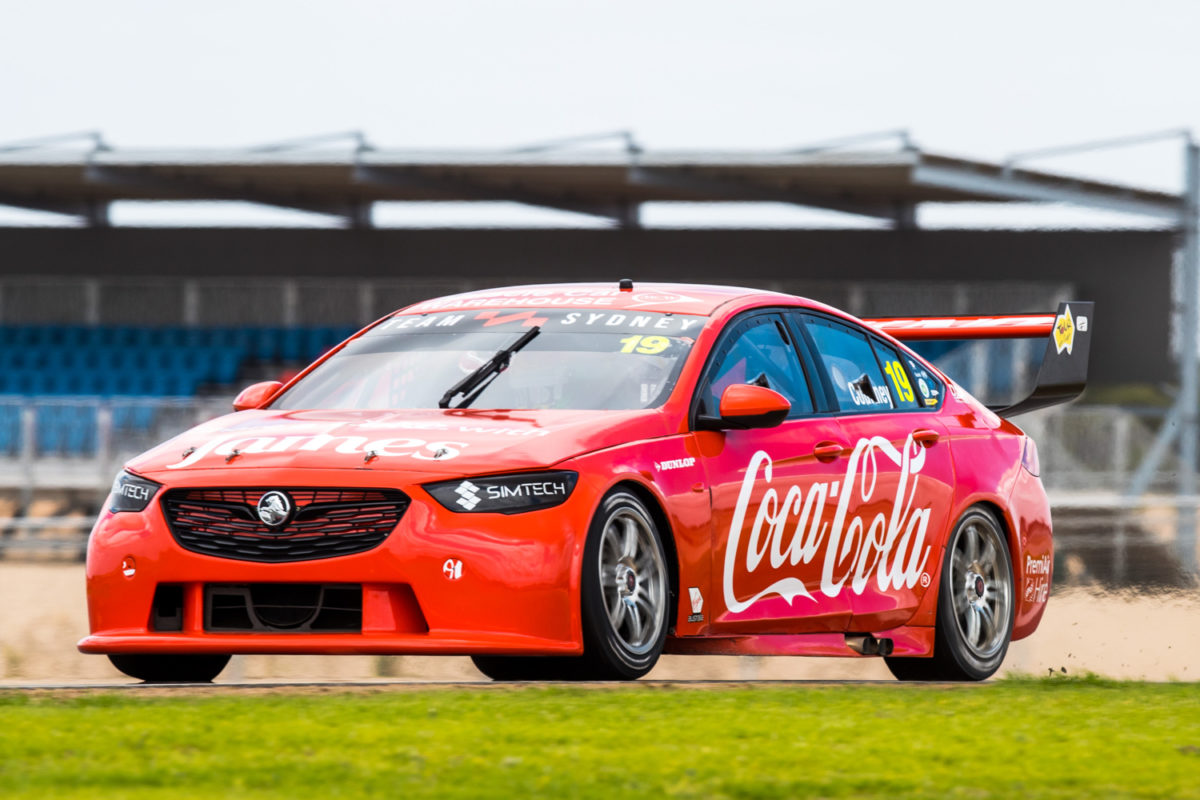 James Courtney is realistic about his prospects as he heads into the Superloop Adelaide 500 with the new Team Sydney.

The squad spent Tuesday’s BP Ultimate SuperTest focusing on procedures and systems checks ahead of its maiden race weekend, where it will field two Triple Eight-built Holden ZB Commodores for Courtney and Chris Pither, the latter yet to be officially announced or confirmed by the team.

Courtney ended the day with the 22nd fastest time while Pither was 23rd, though outright pace and time on track were not first order priorities.

“For us it’s all systems checks, all new people so everyone gets to know each other, practicing pit stops and just making sure everything worked and was in good shape coming into this weekend,” Courtney told Speedcafe.com.

For Courtney, Tuesday’s outing was the culmination of a project he and Jonathon Webb set in motion midway through 2019.

Switching from Walkinshaw Andretti United, Courtney has been an integral part of the project, despite having no formal connection beyond being its lead driver.

“It’s been a big six, seven, friggin’ near 10 months for me since we started all this,” Courtney said.

“To have it all here now and at the first event, and what we’ve managed to pull together is fantastic.

“It’s a credit to the Webb family for sticking onboard and with everything that’s happening out of Western Sydney is fantastic.

“It’s an exciting project. It’s not going to be easy, it hasn’t been easy thus far, but I’m up for the challenge and really enjoying the hustle of it all.

“Realistically this first couple of events is about us learning to gel as a unit and then ultimately later on in the year coming in some results.

“I haven’t got a role apart from driving, it’s just I think just everyone’s getting in and doing everything they can to help and facilitate things,” he added.

“There’s no job title or anything apart from driver, but just working really closely with those guys.

“A lot of people don’t understand up and down pit lane how a lot of the drivers, not only myself, don’t only just drive the car, you’re sort of working and helping commercially and things like that.”

Team Sydney is on track next tomorrow at 15:55 local time/16:25 AEDT for opening practice at the Adelaide 500, where Pither again looks set to pilot the squad’s second car.