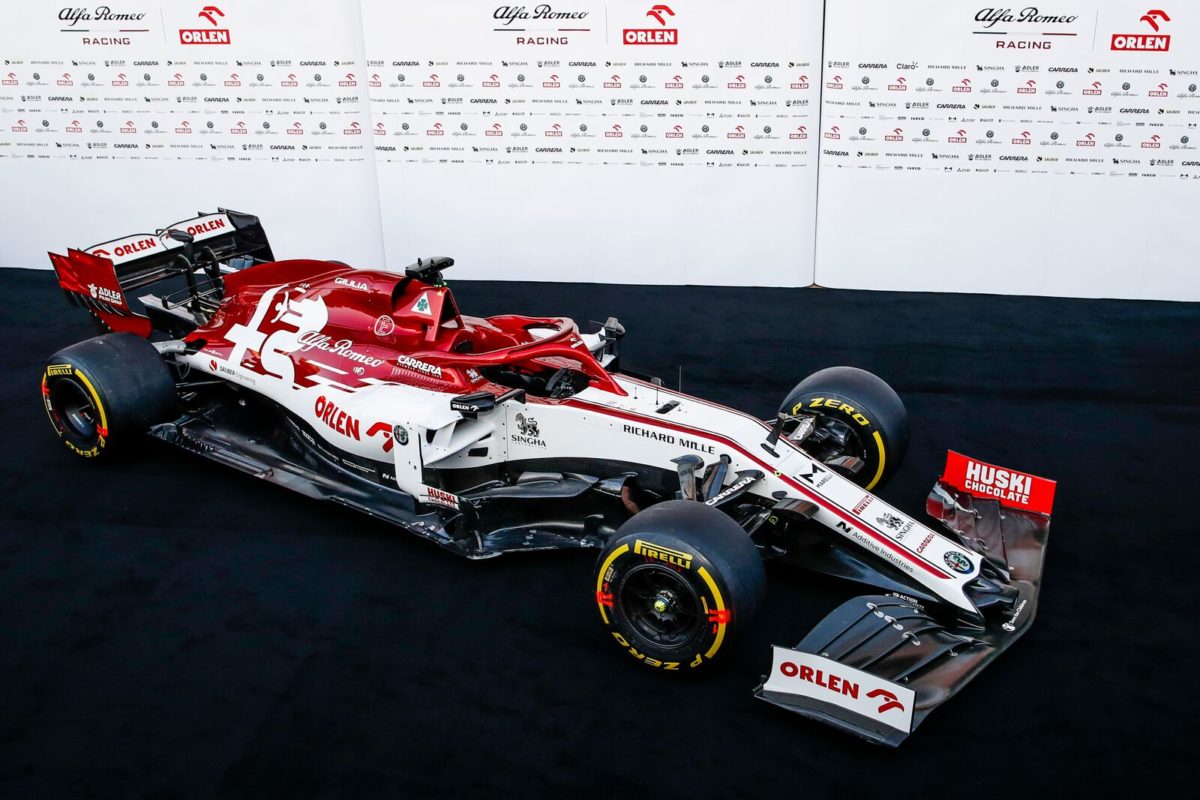 The Alfa Romeo C39 has broken cover ahead of 2020 Formula 1 pre-season test beginning in Spain.

The Swiss-based squad was the last of the sport’s 10 teams to unveil its car, opting to do so in the Barcelona pit lane.

“The C39 is the product of the hard work and vision of a large group of highly committed individuals and it’s testament to the quality of everyone in our team,” said team principal Frédéric Vasseur.

“We hope it will help us move the team forward and achieve our objectives. Our target hasn’t changed: we want to do a better job tomorrow than we did today.

“We are a growing team and still have to improve in every single area and every single department of the company.

“This is an open-ended project, there is no finish line – everyone has to be fully focused and dedicated.

“We are moving forward, we already did a huge step compared to where we were at the beginning of 2018 but we have to continue on this path.”

Though carrying the Alfa Romeo moniker, the team remains fundamentally Sauber, which maintains a closer relationship with Ferrari.

This year that sees Academy driver Antonio Giovinazzi continue alongside Kimi Raikkonen, who is poised to become the more experienced driver ever.

Having made his debut with Sauber in 2001, the Finn is this year set to pass Rubens Barrichello’s record race starts of 323.

The Swiss squad ended last year’s campaign eighth in the constructors’ championship, with fourth and fifth placed finishes at the Brazilian Grand Prix its best weekend.