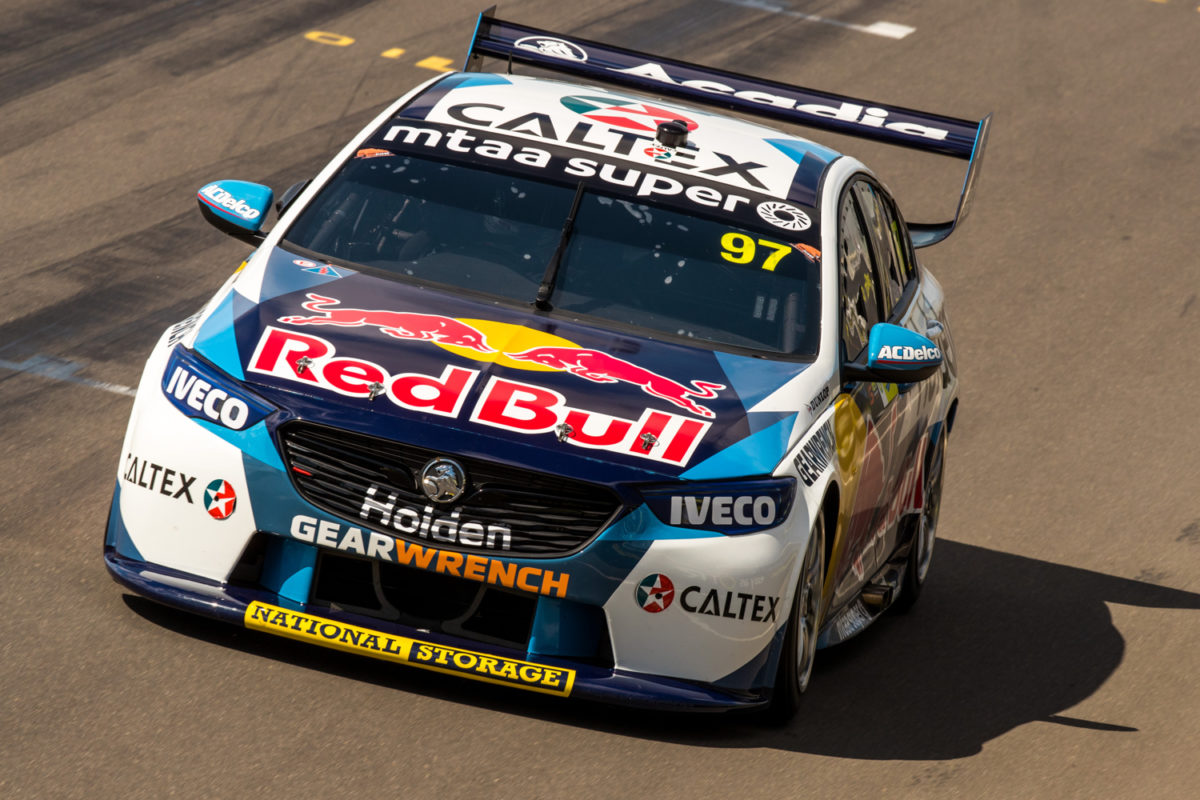 Van Gisbergen recorded a 1:48.1017 midway through the morning to sit comfortably fastest with a time that would have placed him inside the Top 10 for the Sunday race at last year’s OTR SuperSprint.

Times were difficult to read with teams operating to their own programmes, and in most instances using alternate timing reference points around the lap.

It meant their final time at the line was not necessarily indicative of their pace, though there was no questioning van Gisbergen being fastest on track.

The use of an alternate timing point not only masked a team’s outright pace but also afforded them the opportunity to record the data from a hot lap with only an out lap and in lap, rather than a traditional flying lap sandwiched in between.

It’s an approached that saved both mileage and time.

Conditions, most notably a ferocious tail wind into Turn 1, which at points blew up minor dust storms over the final third of the lap.

It also saw rapid changes in conditions as cloud cover moved across the sun.

On track running saw a mechanical issue for Jack Smith in the Brad Jones Racing Commodore, the car limping to the pits with smoke coming from the front end of his #4 entry.

It coincided with a brief red flag period, the first of two for the morning.

The second came when Scott Pye found the gravel at Turn 1, another interruption that was quickly cleared.

Pye was able to extricate himself from the gravel and return to the pits under his own steam, rejoining and setting a lap that left him towards the top of the timing screens.

It was a slow start for Team Sydney, with Chris Pither sitting out the first part of proceedings as work was carried out on his Commodore ZB.

It saw the Kiwi, who has not been formally confirmed in the car for more than today’s test, record the fewest laps of any driver.

Behind van Gisbergen was Waters with Pye stopping the beam at the start-finish line third best.

Scott McLaughlin was outside the Top 20 for much of the running, though common wisdom was that the Shell V-Power Racing Team was operating to its own timing point and had more pace that the leaderboard would have suggested.

It means little can be read into times at this stage as teams continue to come to grips with their new aerodynamic and control shock absorbers.

There was also the matter of the addition of soft compound tyres as Supercars looks to The Bend 500 later in the year, and the prospect of switching from the hard compound tyres to spice up the racing.

Testing at The Bend is set to continue with track running scheduled to end at 17:00 local time. 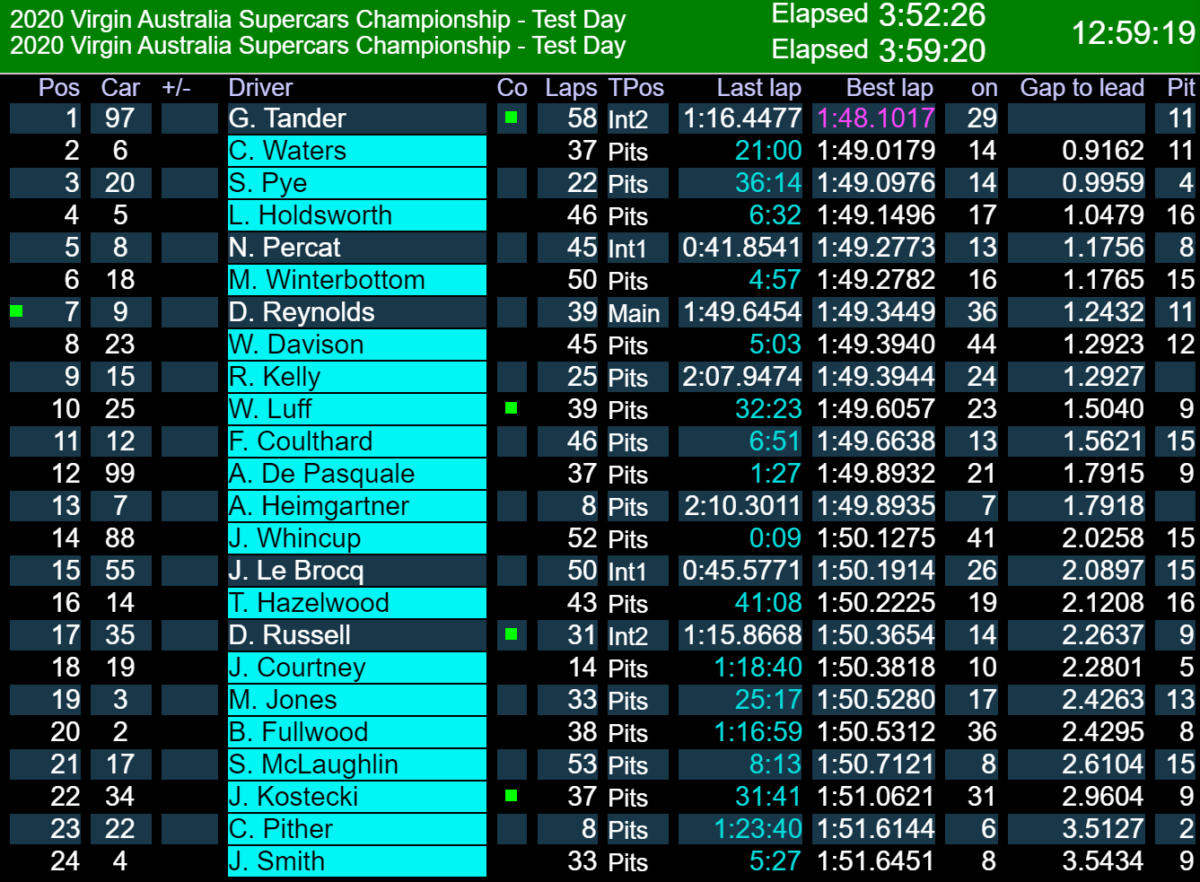