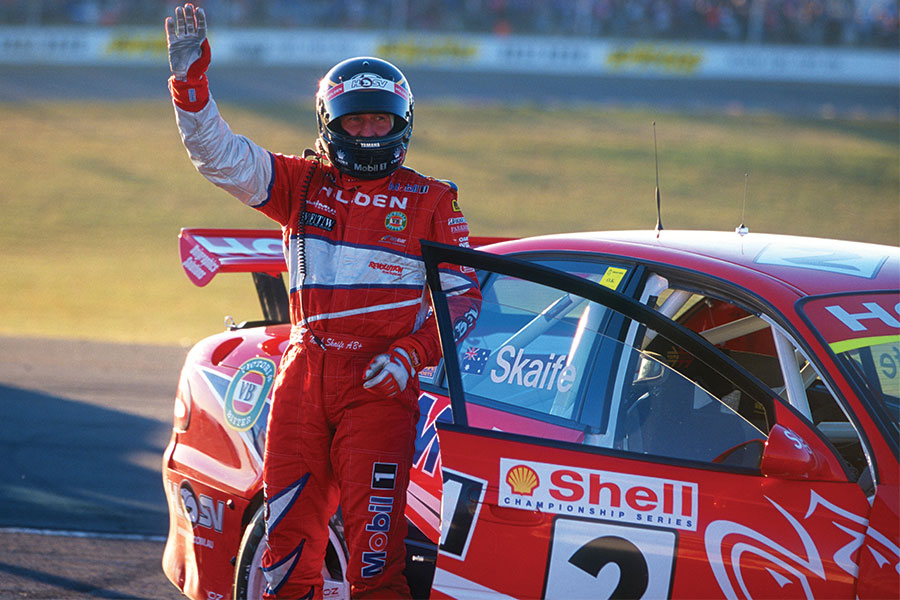 Mark Skaife has revealed that he was fighting back tears over news that Holden will soon cease to exist as a car seller.

Parent company General Motors has decided to retire Holden as part of a broader withdrawal from right-hand drive markets, amid dire sales figures for the former Australian showroom leader.

He and the Holden Racing Team were the dominant force in the championship at the turn of the century, and Skaife even won two Bathurst 1000s and two championships in the same VX Commodore, which came to be known as the ‘Golden Child’, in 2001 and 2002.

Speaking on Sky News’ Paul Murray Live, Skaife recounted an off-air conversation which he had with show host Paul Murray about the decision.

Asked if he was surprised by the emotion about the news, the man who also once owned the old HRT said, “I am, to be perfectly honest.

“I spoke to you earlier today and two of us were battling to hold back the tears.

“It was one of those ones where I know we might be big sooks, but the reality is it’s a very, very big change to a landscape that I never envisioned.

“I just never in my lifetime thought that there’d be a day where we would say Holden move out of this country.

“There’s been recent signs since the end of the manufacturing sector and the way that has worked in terms of their marketplace and their market share – there’s been some worrying signs – but the day that it happens, it sure doesn’t make it any less sad.”

While his name is intertwined with the lion’s motorsport efforts, Skaife argued that the impact of the retirement of the Holden marque, just over two years after the closure of local manufacturing, will have a far greater impact in Australian culture.

“It’s been part of the social fabric of Australia, hasn’t it?” he observed.

“You’ve either been blue (Ford) or you’ve been red (Holden). The reality around football, meat pies, kangaroos, and Holden cars, it’s been part of our psyche.

“My grandfather bought Holden utes, my father raced a Holden Torana XU-1 as his first one, I was lucky enough to drive a WB ute as my first car…

“I heard (Prime Minister) Scott Morrison say that he was angry. I think there’s a lot of anger within the Holden family because it’s a brand that I never thought would go away.”