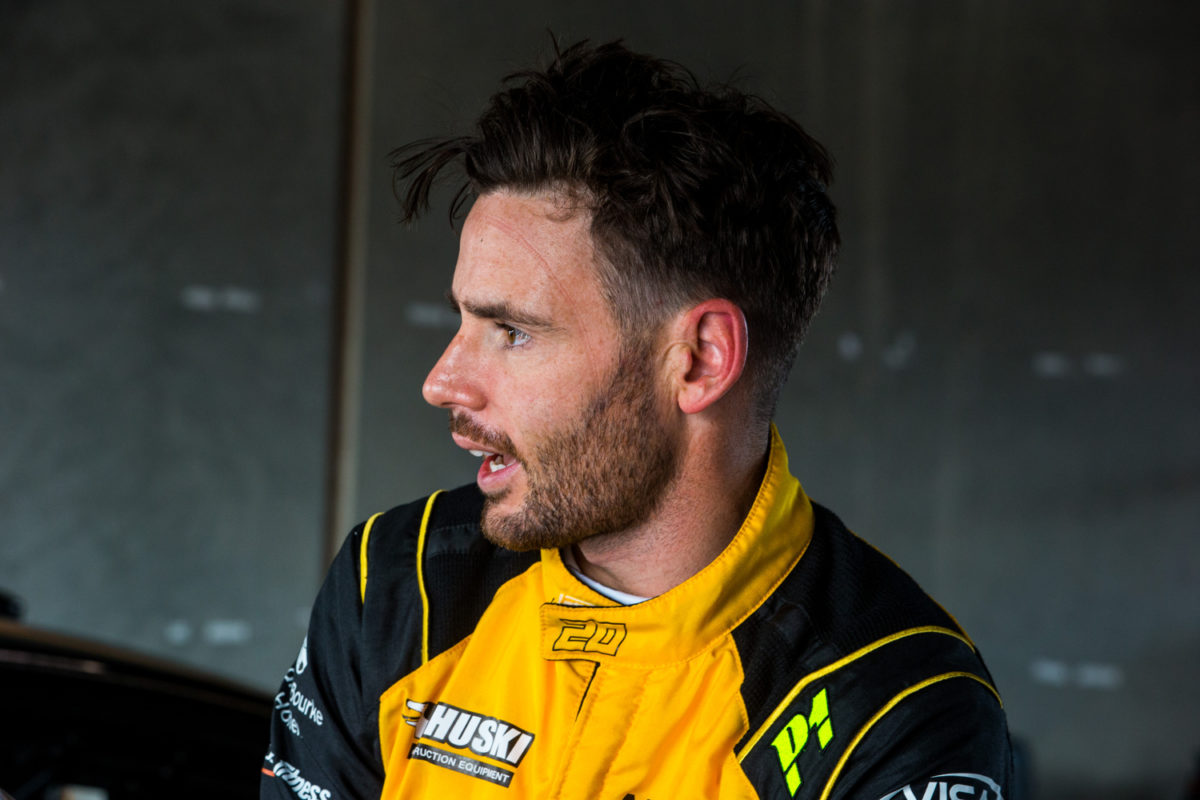 Scott Pye has been left satisfied with his first day on track with Dewalt Racing following his off-season switch from Walkinshaw Andretti United.

Pye joined Mark Winterbottom at the expanded Team 18 with the BP Ultimate SuperTest at The Bend spent familiarising himself with his new surrounds.

“It was a good day. We got through loads of stuff,” Pye told Speedcafe.com.

“There was a lot of procedural things that we needed to run through on the car.

“It meant that I didn’t get my bum in the seat as much as I’d have liked. I’d love to have been in it all day.”

During the course of the day, Pye’s Pirtek Enduro co-driver Dean Fiore was given a run, the West Aussie completing a short race simulation.

Pye then completed the day, recording a time to put him 18th, 1.3s off the ultimate pace and some seven tenths down on team-mate Winterbottom.

Outright pace, however, was not the focus as Pye worked alongside engineer Matthew Saunders for the first time.

“At the end of the day it was exactly what we needed in the lead up to Adelaide,” he added.

“We’ll regroup Thursday morning, our debrief from the test day, and go through everything we’ve learned and hit the track on Thursday afternoon in Adelaide.

“I’ve loved every minute of being in here. Today was cool to get to work with the guys for the first time during the heat of the battle I guess,” he added

“I’m looking forward to working with them in Adelaide and seeing what we can do.”

Having switched from Walkinshaw machinery to a Triple Eight built car for this season, Pye suggests that while there are clearly differences between the cars, they’re less important than car set-up.

“Cars are always different,” he explained.

“You roll out to a circuit and none of them are the same.

“So comparing what I had last year, I’ve somewhat forgotten about the car last year and focusing on what I’ve got today.”

He was equally dismissive of the aero changes as a result of the revised VCAT.

“Yeah, the cars are different for sure but unless you’re going to back to back them on the same day I think there’d be a few people struggling to tell the difference,” said Pye.

“It will be interesting. I’m looking forward to see what it’s like in Adelaide.

“I think there might be a few people sandbagging today and maybe not showing their full deck of cards, but we’ll see what it looks like on the weekend in terms of parity and things across the field.”

Opening practice for the Superloop Adelaide 500 begins at 15:55 local time/16:25 AEDT on Thursday.