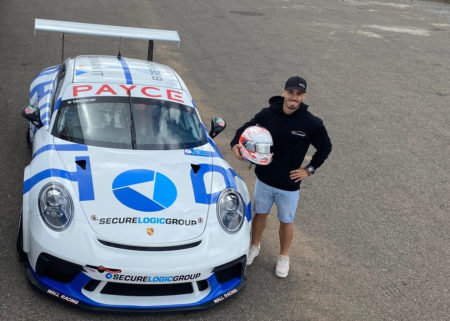 Sydney talent Joey Mawson is hoping to get a “second chance” at a European career with some big results in this year’s Porsche Payce Carrera Cup which kicks off at the Superloop 500 in Adelaide this weekend.

Mawson left Australia seven years ago to chase his international dream and made his open-wheel debut with a pole and win in the opening round of the 2014 French F4 championship.

He moved to the German F4 championship the following year with Van Amersfoort Racing and finished third in the title chase ahead of his more-favoured team-mates Harrison Newey and Mick Schumacher.

In 2017 he stepped up to European F3, but struggled and finished 13th in the standings with one podium at the Nurburgring and in 2018 he had GP3 podium finishes in France and Russia on his way to a 13th in the championship.

Last year he made his Australian Carrera Cup debut at the Grand Prix in Melbourne and then competed as part of Team Australia in Porsche Mobil 1 Supercup where he finished on the podium at Monza.

“This year may give me a second chance at Europe if am successful,” said Mawson, who will drive the #8 Secure Logic Group car this weekend.

“It will also give me exposure back in Australia.

“Wall Racing has been consistently running at the front of the championship the last few years, so naturally they were a team that we contacted for a seat.

“I am looking forward to the year ahead. It’s exciting to be racing back in Australia full time for the first time since 2012.

“Having been away for seven years I’m hoping to use the experience and knowledge that I’ve gained and work hard to achieve some good results.”

Mawson joins team manager David Wall in the newly-named Mobil Pro class while Greg Ward returns with the team in the Pro-Am class after racing with the outfit at the final round on the Gold Coast last year.

“Having Joey (Mawson) join the team is excellent,” said Wall.

“His performance in Porsche Mobil1 Supercup was very impressive. Joey is the perfect fit for Wall Racing as we feel we offer a great avenue for young drivers along with Pro-Am drivers, having won both championships in the last few years.

“It’s also great to have Greg (Ward) back with the team in 2020 for a full-season campaign, after a positive debut at the final round in 2019.”

Porsche Cars Australia have also announced that Mobil will be the Official Fuel Partner for both Porsche Payce Carrera Cup Australia and the Porsche Michelin Sprint Challenge Australia series this season.