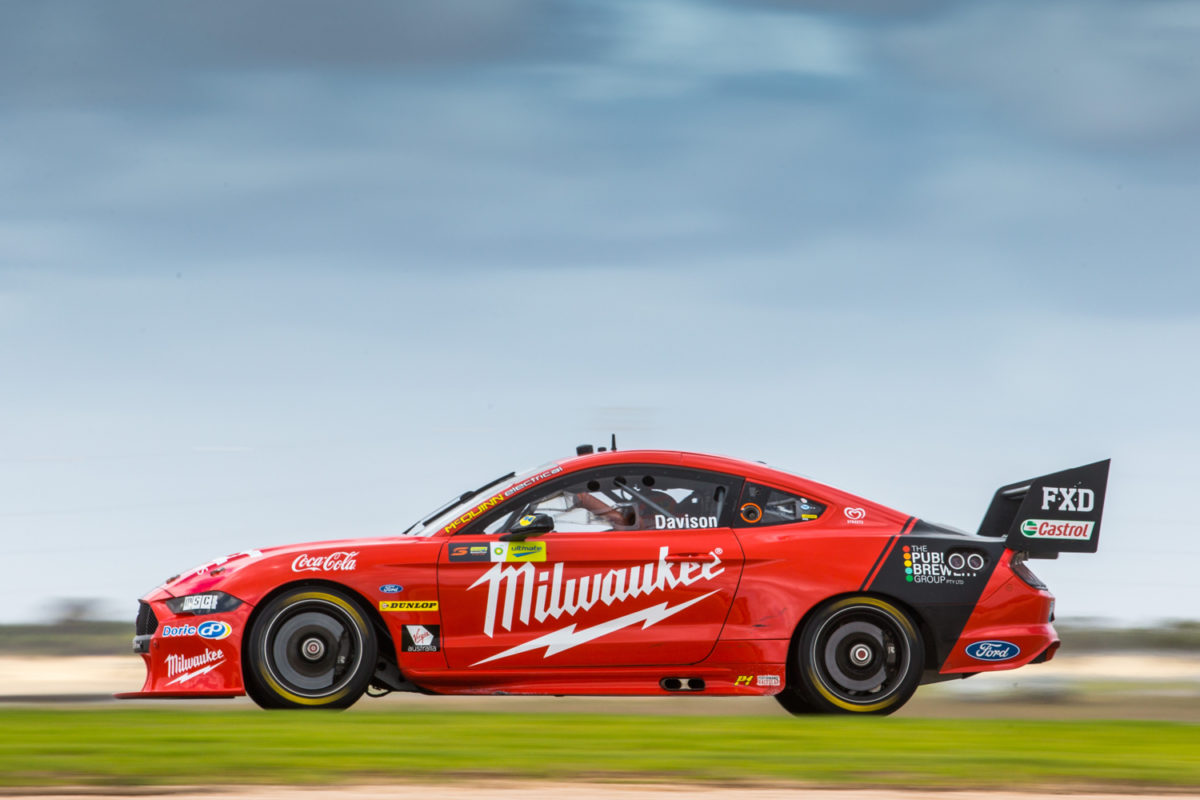 Will Davison has edged fellow Mustang driver Andre Heimgartner to top spot at the conclusion of the BP Ultimate SuperTest at The Bend Motorsport Park.

Car #97 remained in second spot, with Pirtek Enduro Cup co-driver Garth Tander behind the wheel for long swathes of time, before Heimgartner wheeled the #7 Ned Mustang to a 1:47.8614s almost an hour after Davison’s benchmark had been recorded.

The effort from Heimgartner, in the converted Mustang, came on a day when engine gremlins had at one point restricted Kelly Racing to running only one of its Fords at a time in its first official outing as a blue oval squad.

Rick Kelly ended up in 14th position with a best time of 1:48.5517s in the brand-new #15 Castrol Mustang, which the Braeside team had not had a chance to even shake down before arriving at Tailem Bend.

Anton De Pasquale was first of the ZB Commodore runners in third position in the #99 Penrite Racing entry, having swapped positions with Car #97 with a 1:47.8808s in the final 14 minutes of the eight-hour day.

Van Gisbergen’s 1:48.1017s from the morning stood up for fourth, while the Red Bull Holden Racing Team driver had a spin at pit entry late in the day amid isolated sprinkles of rain and blustery winds.

All of those times were significantly quicker than the race lap record of 1:49.4042s, set at last year’s SuperSprint event, although teams had soft compound tyres at their disposal and were working with new suspension, aerodynamic, and engine specifications.

Back-to-back champion Scott McLaughlin was eighth quickest with a 1:48.4227s in the #17 Shell V-Power Mustang, having sat at or near the foot of the timing screen for much of the day.

It should be noted, however, that teams were understood to be operating to an intermediate timing point in order to save fully wasting out and in laps on the 4.95km circuit.

There were no further red flags after seven minutes was lost due to stoppages in the first half of the day.

The Virgin Australia Supercars Championship field will next be on track on Thursday for first practice at the Superloop Adelaide 500, from 15:55 local time/16:25 AEDT.