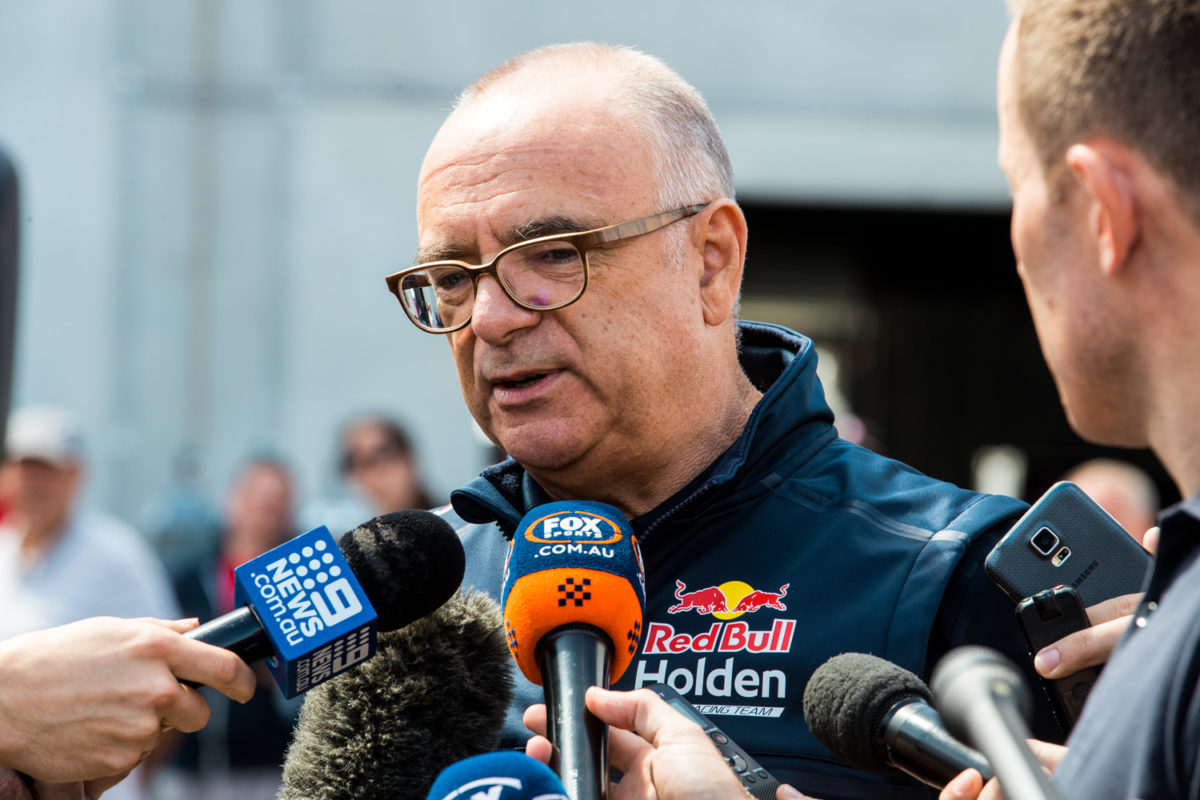 Red Bull Holden Racing Team boss Roland Dane will meet with General Motors this week following its announcement that it will close down Holden.

Dane’s Triple Eight Race Engineering has been Holden’s official factory team since 2017 and currently holds a contract to do so until the end of 2021, beyond the planned cessation of Holden sales.

He would not comment as to what exactly the shutdown means for Triple Eight’s Supercars program and what support it receives from Holden.

The matter is, however, set to be discussed this week.

“The ongoing situation at the moment (is that) I’m meeting with GM this week and we’ll discuss what happens,” said Dane from Supercars’ BP Ultimate SuperTest at The Bend.

“Until then, there’s nothing more to be said, really. It’s a discussion between me and then.”

As to what he might put to GM, Dane said, “That’s for me and them to know.”

Dane also said that the timing of the announcement was unexpected, but that there were signs of problems due to the state of the right-hand drive vehicle market and particularly General Motors’ offering.

GM’s Holden decision is part of a broader retreat from RHD markets which includes selling a Thailand plant to Chinese OEM Great Wall Motors, off the back of the sale of a plant in India which was announced last month.

“The timing of this was definitely a surprise,” said Dane.

“Obviously as somebody who’s very aware of the motor industry on a larger platform, on a world basis, the lack of sort of real right-hand drive plans going ahead was a concern.

“There were some new models that were in the pipeline from what we could see, which gave us reassurance. But it is what it is.

“We’re a very small market in Australia and competing for the attention against much bigger markets.

Triple Eight entered Supercars in 2003 when it bought out Ford team Briggs Motorsport, but established itself as Holden’s leading outfit, if not officially, as soon as it switched manufacturers in 2010.

Dane said that the demise of the lion brand, which traces its roots back to a saddlery established in Adelaide in the 1850s, was sad for his adopted nation.

“It’s still very sad with the demise of such an iconic brand, to be honest,” he commented regarding his reaction.

“It’s a shame after – if you go right back to the beginning – 160 years, but even in terms of being Australia’s first and only home-grown car really since after World War II.

“There’s still plenty of history and it’s sad to see the drawing to a conclusion of that chapter.”

Triple Eight’s Shane van Gisbergen is currently on top of the SuperTest timesheet in the #97 ZB Commodore.