Minor livery tweaks for DJRTP in 2020 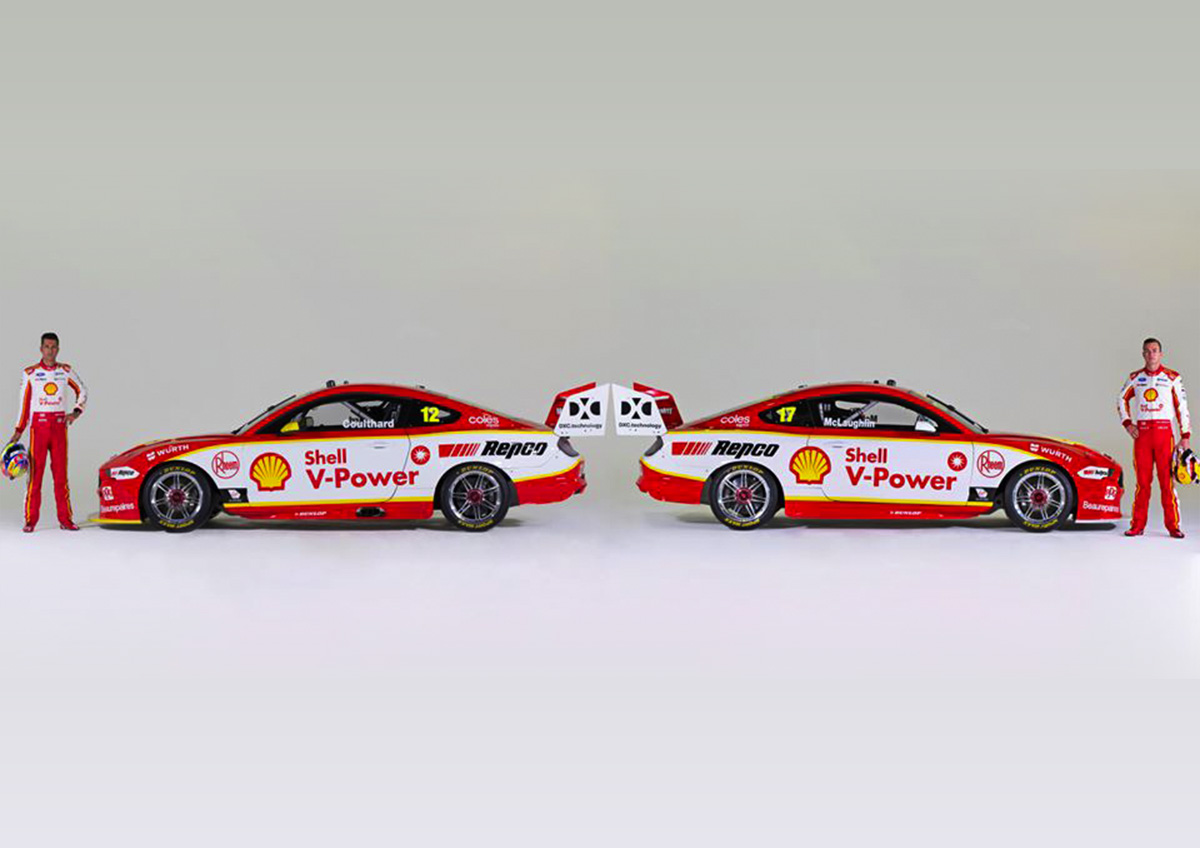 The photograph shows the #12 and #17 Fords adorned in the livery to which the team has made only minor tweaks since the start of 2017.

Ford’s blue oval emblem takes up a prominent position on the back of the bootlid in 2020 and Beaurepaires’ logo has moved to the front bar, while the cars are still distinguished by a yellow front splitter and mirrors for Coulthard and white for McLaughlin.

The latter comes into 2020 off the back of two consecutive drivers’ championships and a maiden Supercheap Auto Bathurst 1000 victory with Alexandre Premat, while DJRTP occupies top spot in pit lane by virtue of prevailing in last year’s teams’ championship.

McLaughlin will be partnered by Tim Slade for this year’s Pirtek Enduro Cup, with Tony D’Alberto retained alongside Coulthard in the #12 entry.

Slade cut laps in a DJRTP Mustang in a ride day at Lakeside last week, with both co-drivers set to get miles in tomorrow’s BP Ultimate SuperTest at The Bend Motorsport Park.