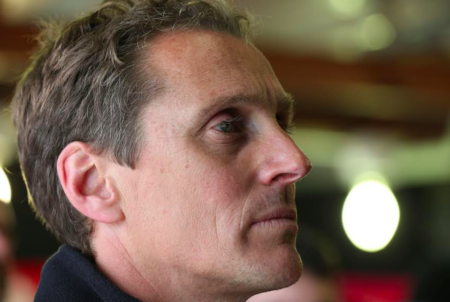 McConville follows Steve Johnson, who had performed the role since 2017.

Johnson’s own racing commitments this year preclude him from taking up the position, with McConville drafted in for the coming season.

This year’s Touring Car Masters series, in which Johnson competes, has clashes not only as part of the Supercars platform with Carrera Cup, but also with Sprint Challenge.

The former Supercars regular is debuting an all-new ‘Tru-Blu’ tribute XD Falcon this season, a project which he suggests has seen him working upwards of 12 hour days in recent weeks.

McConville is also a former Supercars regular and race winner, with six Supercheap Auto Bathurst 1000 podiums to his name, and served as that championship’s Driving Standards Observer in 2013.

He also won the 2002 Bathurst 24 Hours with Garry Rogers Motorsport, and has remained an active competitor since stepping away from a full time top-flight drive in 2009.

That included a season of Carrera Cup competition in 2017, where he finished seventh in the series, along with outings in Australian GT and the Bathurst 12 Hour.

The 2020 Porsche Carrera Cup Australia season kicks off on the streets of Adelaide on February 20-23, as part of the Superloop Adelaide 500.