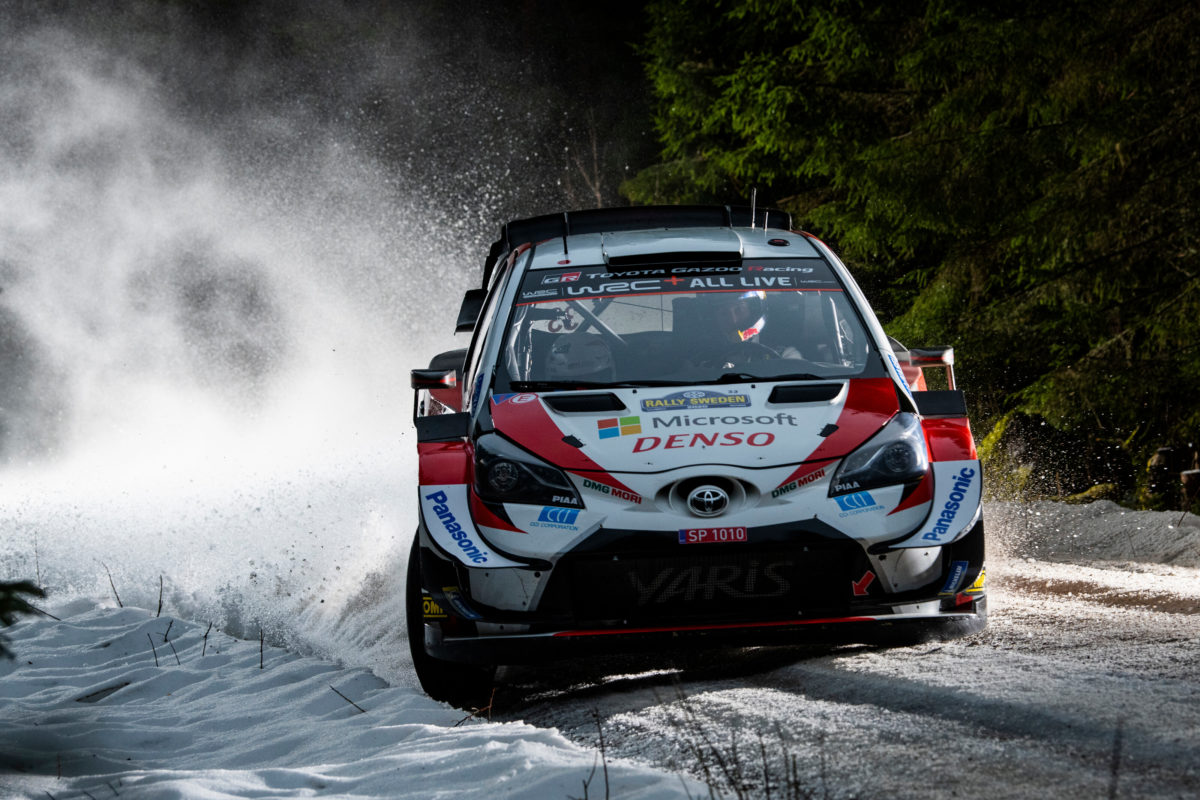 Elfyn Evans has doubled his haul of World Rally Championship event wins with victory in his second start with Toyota, in Sweden.

In a rally shortened due to an unseasonable lack of snow, Evans led at the end of each of the nine special stages which were held.

Ott Tanak, who spectacularly crashed his Hyundai out of Rallye Monte-Carlo, banked his first points of the season by finishing 12.7s off the pace in second overall and fourth in the Power Stage.

Kalle Rovanpera, another new Toyota Gazoo Racing signing, took a maiden podium in the top class at 7.5s further back.

After the late cancellation of Thursday night’s super special, Evans and Tanak evenly shared the wins in the four stages which could be run on the Friday.

The former led by 8.5s to that point, won the first three stages on the Saturday, and further extended his advantage to 17.2s despite being fourth fastest on what was notionally Special Stage 16, the Torsby Sprint.

While only sixth on the Power Stage, Evans now leads the championship on a countback over Monte-Carlo winner, Hyundai’s Thierry Neuville.

“I feel really good to have my first win with Toyota Gazoo Racing in our second event together,” said Evans.

“I have to give a lot of credit to the team for not only giving me a great car but also giving me the support and help in testing for me to get the car to where I wanted it.

“The car is giving me great confidence, and in changeable conditions like we’ve had here, that’s really worth a lot.”

Ogier went from a 0.5s advantage over Rovanpera to a 3.4s deficit but still picked up three Power Stage points and holds third in the championship, five points behind Evans and Neuville.

M-Sport Ford’s Esapekka Lappi rounded out the event top five and grabbed a Power Stage point while Neuville, who topped the weekend’s penultimate stage, was second in the Power Stage and sixth overall.

Tanak’s result puts him sixth in the drivers’ championship on 20 points, 22 off the lead, while Toyota now leads the manufacturers’ race by 10 points over Hyundai.