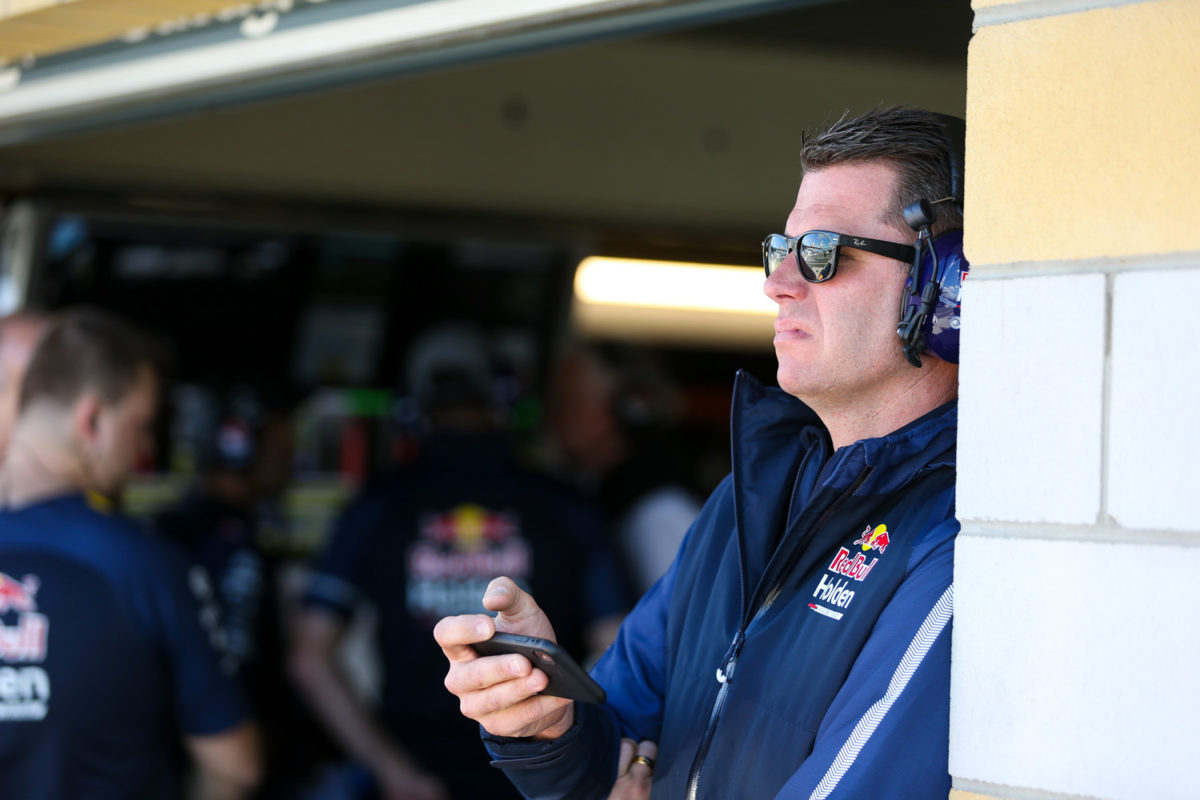 Garth Tander in attendance at last year’s Symmons Plains event, where he partook in the Additional Driver session for the Red Bull Holden Racing Team

There will be two Additional Driver practice sessions held over the course of the 2020 Virgin Australia Supercars Championship.

An extra, half-hour practice session will be held on the Friday of each of June’s Truck Assist Winton Super400 and August’s Sydney SuperNight, the last event before the Pirtek Enduro Cup, as per Schedule A2 of the Operations Manual.

Additional Driver sessions had initially been scrapped for 2019 but were restored for events at Symmons Plains, Winton, and The Bend.

The hit-out at Winton carried extra importance given the condensed, two-day schedule which was in play at the rural Victorian circuit last year that left only one standard practice session prior to knockout qualifying.

While such a situation does not apply this year, the ability to take part in all Additional Driver sessions was alluded to by the Shell V-Power Racing Team as a reason for replacing the United States-based Alexandre Premat with Tim Slade in Scott McLaughlin’s #17 Mustang for this year’s Pirtek Enduro Cup.

An allowance stating that “Additional Drivers will be permitted to take part in VCS practice at Sprint Events” (defined as all events except those comprising the Pirtek Enduro Cup) remains in Rule D5.2.