TRS title down to the wire after NZGP curtain-raiser

TRS title down to the wire after NZGP curtain-raiser 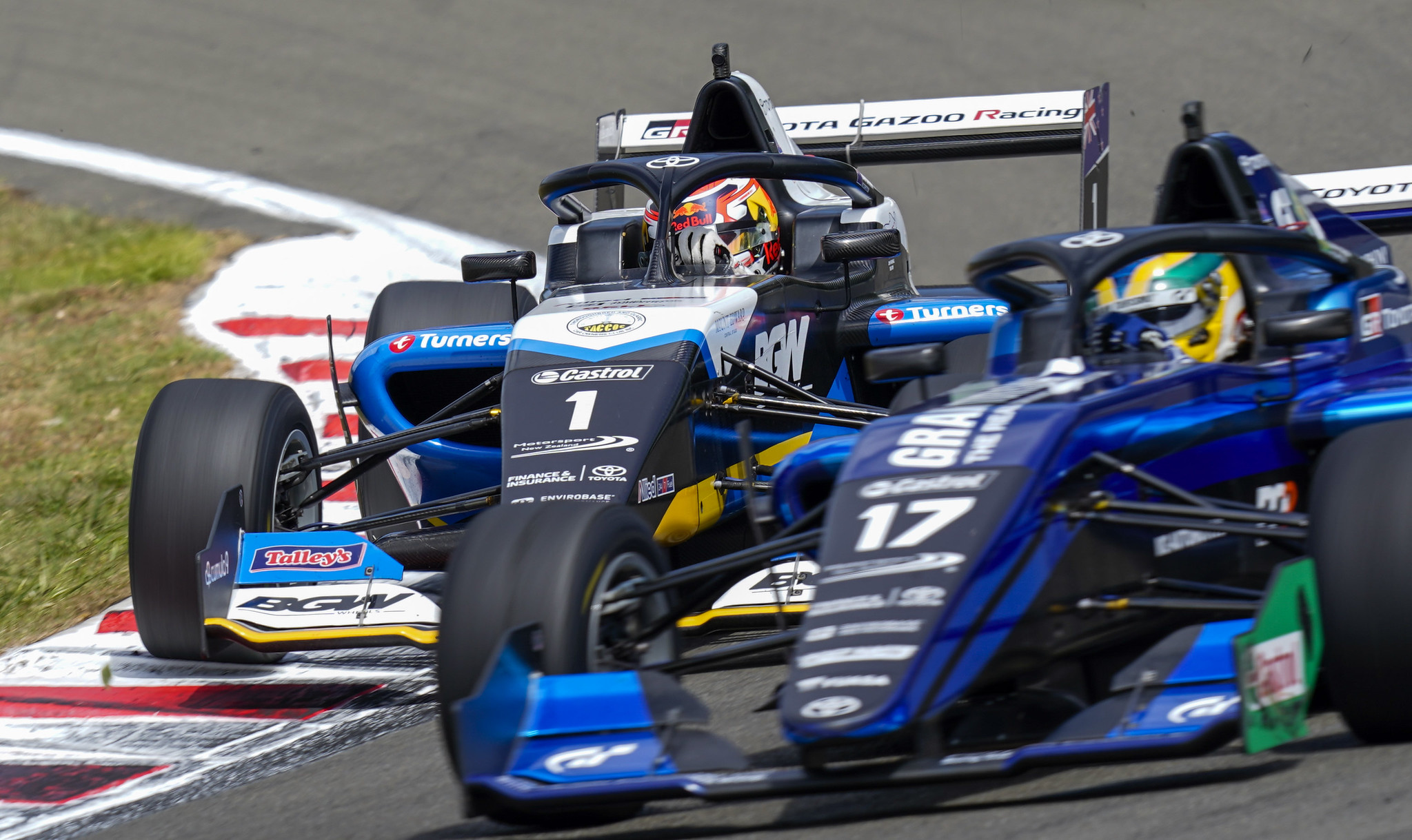 Tijmen van der Helm may have claimed a dominant win in the penultimate race of the season, but all eyes were on the championship contenders.

The top eight reverse grid race put Lucas Petersson on pole position for Race 2 of the weekend in Feilding.

Initially, it was Petersson who got the jump on the field to lead into Turn 1. Tijmen van der Helm was a fast starter too as he got the inside and stole second place away from front row starter Petr Ptacek.

Behind them, a frenetic getaway saw Lawson and Fraga make wheel-to-wheel contact down the front straight. As they made their way to Turn 1, Lawson turned in on Fraga and the pair banged wheels.

Fraga managed to get ahead and put Spike Kohlbecker between himself and Lawson, but it wasn’t long before the Kiwi was through and into seventh place.

At the front of the field, van der Helm managed to find a way through on Petersson. Not long thereafter, Ptacek got through with 10 laps to go. Petersson looked like was out of steam as Colapinto blew through as well.

The battle pack tightened and Fraga found his way down the inside of Caio Collet who had been trying his hardest to get through on Petersson. Collet got hung out to dry on the grass and both Fraga and Lawson got through. That put them up to fifth and sixth respectively.

A daring dive into Turn 1 on a slowing Petersson didn’t pay off for Fraga with seven laps left in the race. However, the up and under through Splash meant he got the inside line for the hairpin.

Fraga got through and it wasn’t long before Lawson followed suit with a pass at the final corner.

At the head of the field, van der Helm was out to a sizeable lead. Franco Colapinto found his way through on Ptacek and began to close the gap to the lead. In the end, the Argentinian couldn’t catch him.

The season concludes this afternoon with the New Zealand Grand Prix. The title will also be decided in what is effectively a winner-takes-all final.