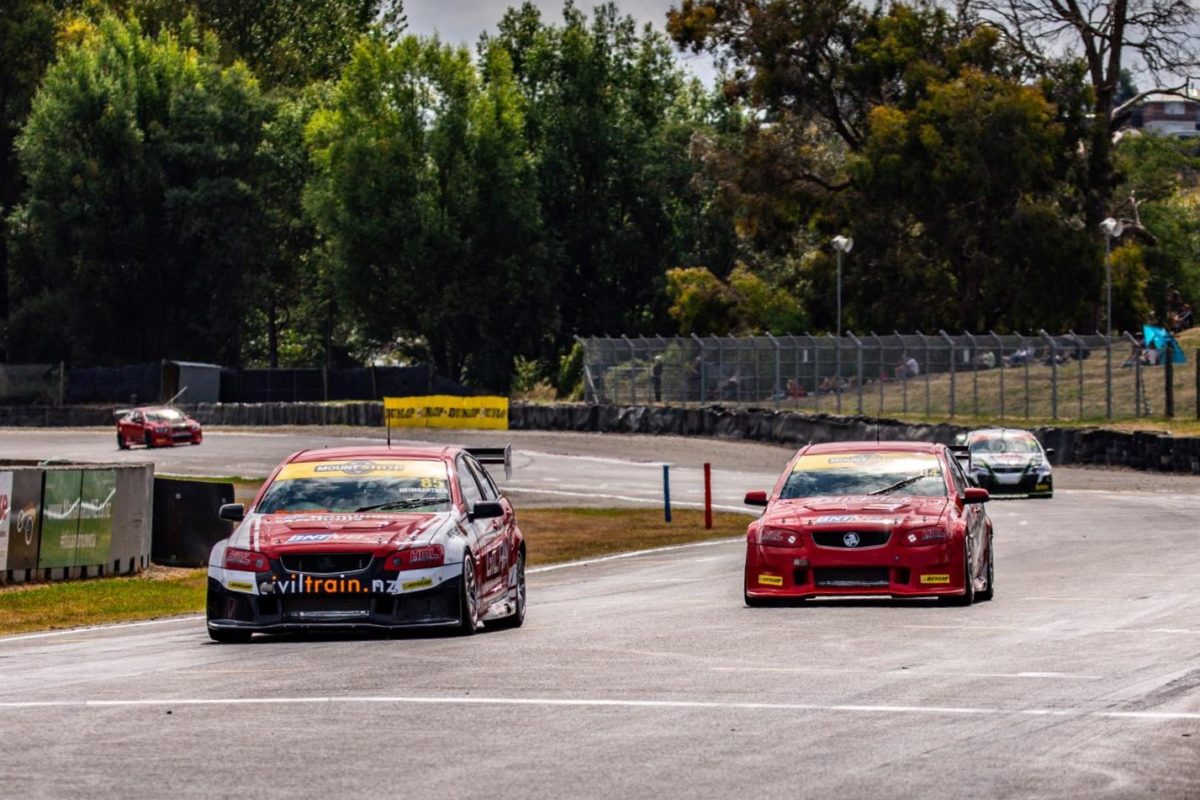 Set to race in the opening round of the Virgin Australia Supercars Championship next weekend –the Superloop Adelaide 500 – Heimgartner has been dominant on his return to the domestic V8 touring car championship in New Zealand.

“It’s great preparation for the season ahead in Australia.”

Nick Ross was also competitive too, claiming third for the round in his Nissan Altima. The Cambridge pilot had a tough weekend all around with a gearbox change in between Race 2 and Race 3.

“The weekend got better and better for us,” said Ross.

“We missed those two practice sessions on Friday, it’s good to get back out there. Don’t quite have the pace of the Hamilton Motorsports boys.

“Watch out Hampton Downs, we’ll be there.”

BNT V8s Lites was won by Brock Timperley in his Ford Falcon. The BNT V8s Open class was won by Sam Collins in his highly modified GT-style Ford Mustang.

The next round of the season will be at Hampton Downs over March 27-29.