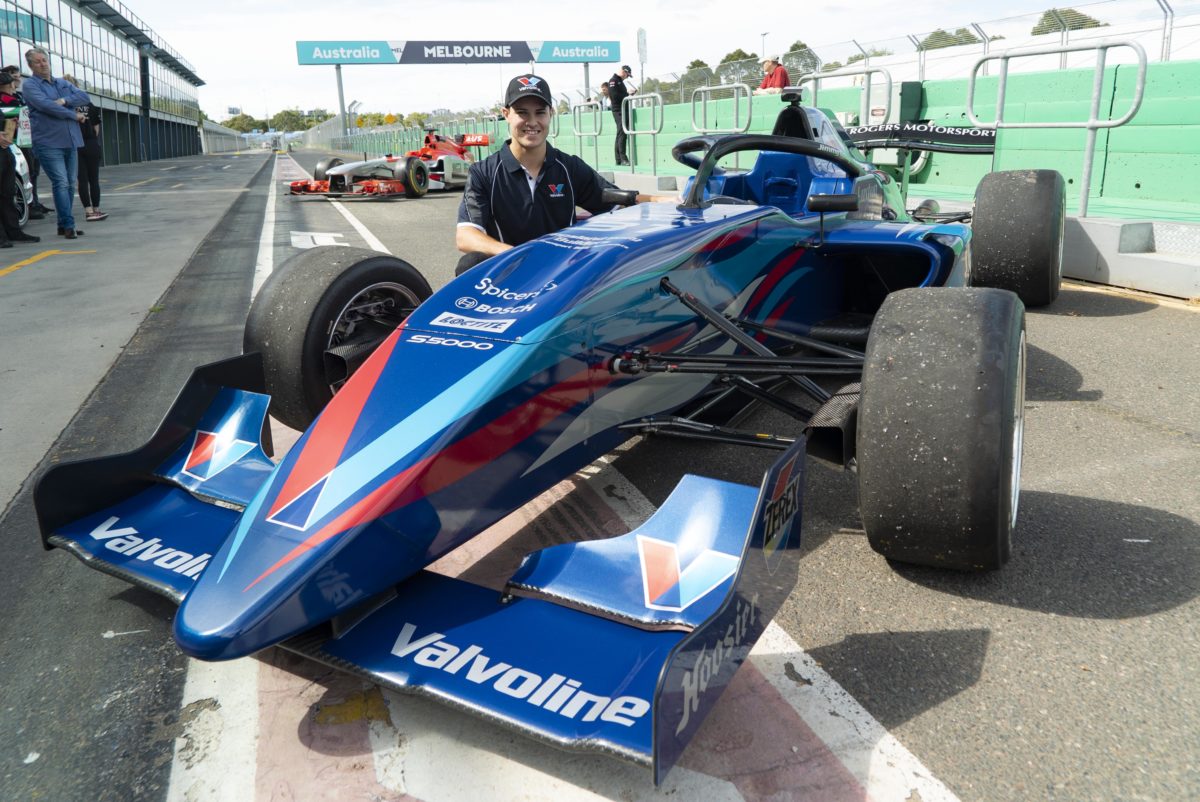 James Golding has revealed the look which his Garry Rogers Motorsport S5000 will carry this year.

The Team Valvoline GRM car was shown off at Albert Park, where the first full S5000 season will begin in less than four weeks’ time on the Formula 1 Rolex Australian Grand Prix support card.

Golding will dovetail the ride with his old Supercars team alongside his role as a Pirtek Enduro Cup co-driver to Team 18’s Mark Winterbottom.

It means he will be up against F1 race winner Rubens Barrichello in Melbourne, after the Brazilian was confirmed as a starter for the opening round and the Bathurst International event.

“It’s great to reveal the new Valvoline livery and I can’t wait to get it on track and see how fast it is,” said Golding.

“The blue in the car is very bright, and depending what angle you look at it, the colour changes. It is really going to stand out on and off track.

“It’s great to have the support of Valvoline. They have obviously had a long association with GRM, and for me to be representing them in S5000 is an honour.

“It will be great to race against Rubens (Barrichello) here at Albert Park. Someone of his stature in our class is amazing and to race against him, in front of the F1 teams, will be incredible.”

Golding’s car was revealed carrying the #31 plate, the number he used in S5000 last year, as a Virgin Australia Supercars Championship wildcard, and in Formula Ford.