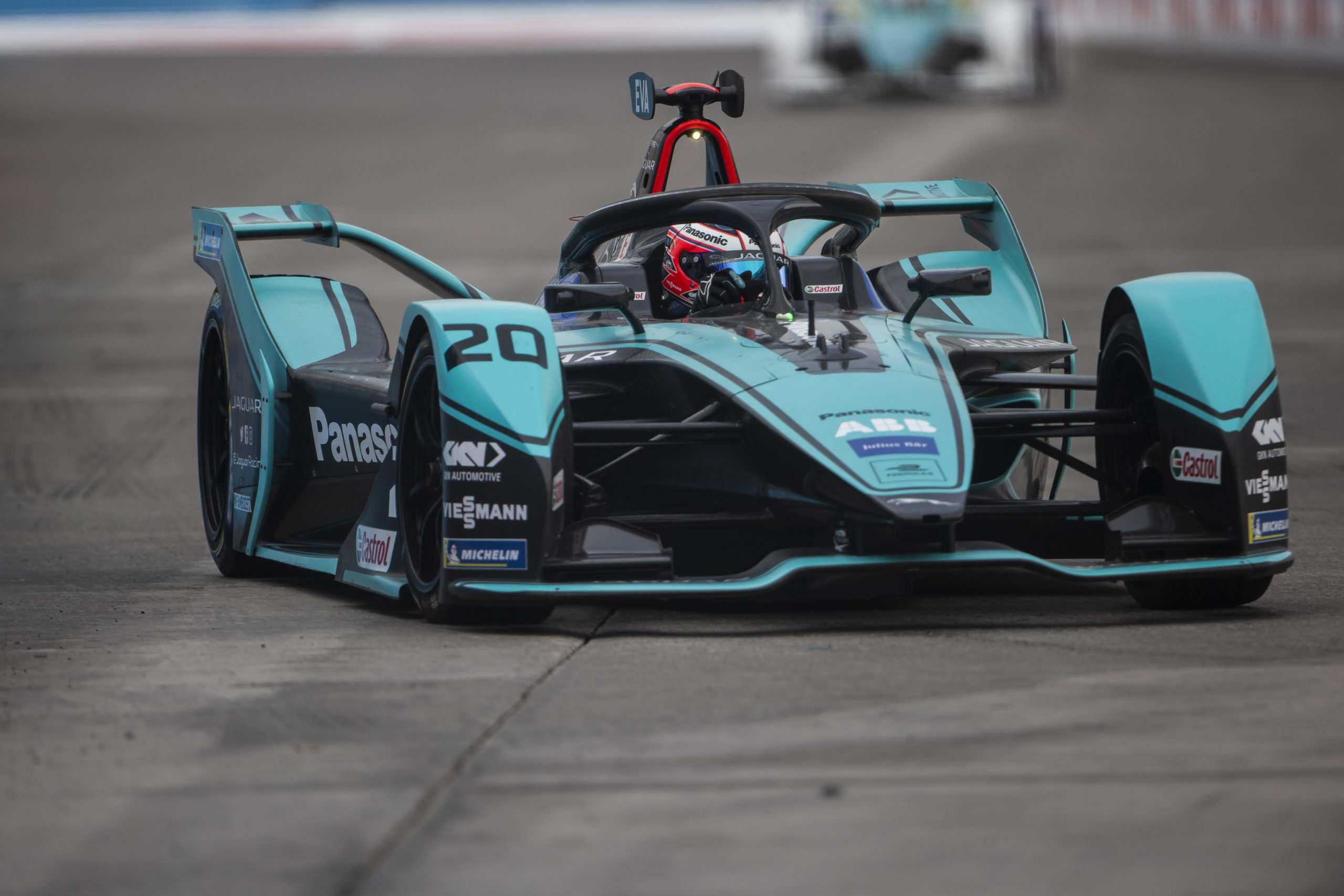 Evans was largely untouchable in the 45-minute race, leading from Turn 1 to the chequered flag to net 25 points.

It’s a comeback of sorts for Evans who claimed pole position in the Santiago E-Prix but couldn’t convert it into a win, third place the end result.

“The work ethic and the work that has gone into basically trying to find out solutions to why we had that pace difference in Santiago.

“I think we’ve found that. The guys have me such a good car. I just had to hit my targets. When you’re out in front you can get into a rhythm.

“It was pretty tough. It was almost like déjà vu with Andre from Rome. Hats off to everyone. This feels really nice to get our first victory of the season.”

Pole position getter André Lotterer struggled initially off the line. Evans was quick away and got his car up along the inside.

As they went side-by-side into Turn 1, Lotterer squeezed Evans and they both locked up. Lotterer turned in on Evans and went off onto the grass, but Evans managed to get through and into the lead.

Nyck de Vries duly inherited second spot, but he had a moment into Turn 2 that nearly saw him collide with race leader Evans.

Lotterer looked to recover from fifth place. He went deep into the hairpin and somehow managed to go around the outside and get back up to fourth.

Drama struck on Lap 3 when Müller went too deep into Turn 1 and speared into the barrier. That brought out the sole Safety Car of the race.

Felipe Massa was a casualty not long after the restart. He made contact with the outside wall at Turn 1 and damaged his left front suspension.

Lotterer’s day got worse when he made contact with the rear of another car. Damage to the wing ripped his tyre apart, sending smoke signals down the straight. He had to pit and dropped a lap to the field.

At the front of the field, Evans was streaks ahead.

With 19 minutes remaining, sixth placed da Costa engaged Attack Mode and Fan Boost in one go to try and pass de Vries who defended aggressively into Turn 1. Unfortunately, de Vries couldn’t slow his car down, locking up, then spearing into the path of an innocent Frijns.

As a result, de Vries went into the barrier. Frijns had to take to the escape road and loop his car around.

While Evans was untouchable up the front, there was still more drama to come. Having been as high as second place, Bird found himself in the wall.

Shortly thereafter, championship leader Stoffel Vandoorne crashed out of fifth place after contact with the Turn 3.

In the end, Evans couldn’t be caught. The Kiwi recorded his second win of his ABB FIA Formula E career with da Costa and Buemi in tow.

Round 5 of the season takes place in Morocco on the streets of Marrakesh.