Doohan back in hunt for Asian F3 title with Sepang sweep 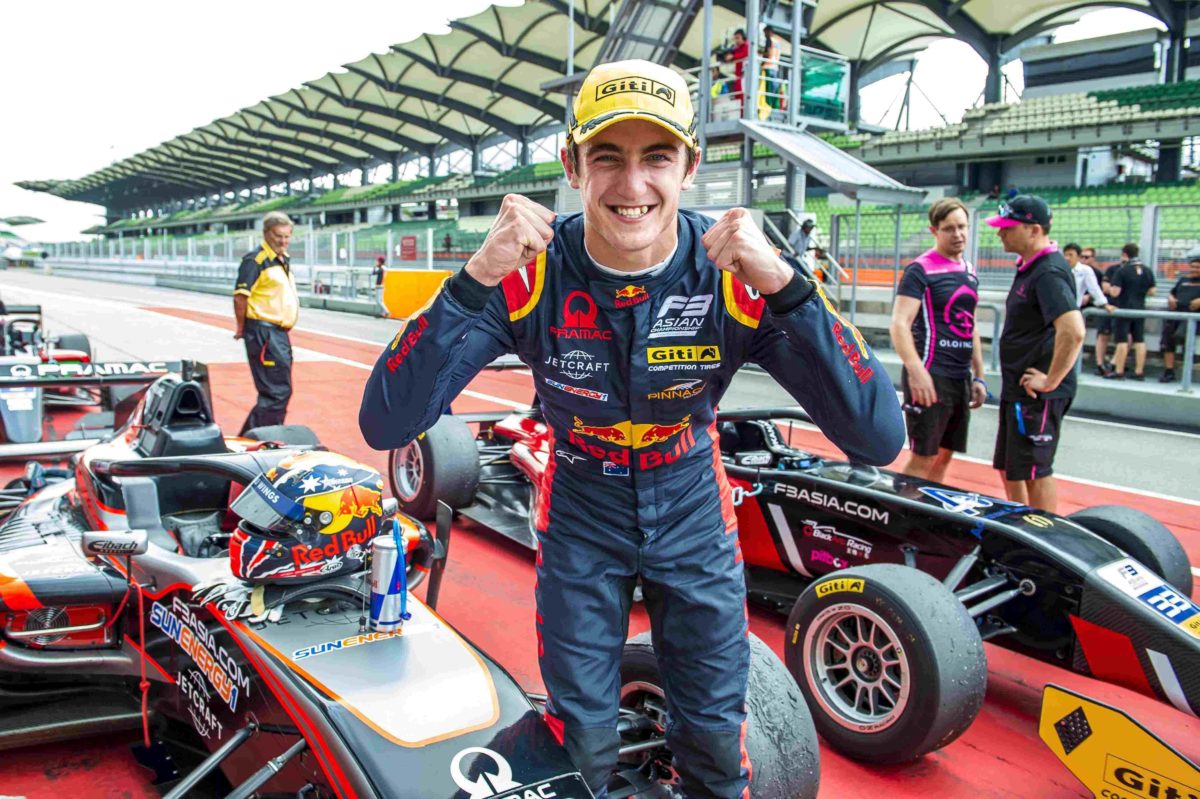 Jack Doohan has given his F3 Asian Championship title prospects a major boost with a sweep of the penultimate round at Sepang.

The Australian topped both qualifying sessions and led for the majority of Races 10, 11, and 12 of the season, cutting Joey Alders’ (BlackArts Racing) championship lead from 45 points to 15 over the course of the weekend.

Doohan cleared out to a lead of more than two seconds in as many laps in the opening race of the meeting, which saw the field run on wet tyres after an earlier downpour.

Alders (BlackArts Racing) came from seventh to finish second to the #7 Pinnacle Motorsport entry, by 2.1s, and earn top spot for the start of Race 11 by setting the fastest lap.

Alders led the field away in Race 11 while Doohan took second from a slow-starting Pietro Fittipaldi (Pinnacle).

Doohan lost and quickly regained that spot from Chadwick, then failed to make a move on Alders stick on Lap 3.

Next time around, however, he got past the Dutchman at Turn 4 and quickly pulled away.

Chadwick began challenging Alders and while she was able to get by the championship leader at the start of Lap 11, Nikita Mazepin (Hitech Grand Prix) took advantage of the stoush to overtake both.

Ukyo Sasahara (Hitech) relegated Chadwick to fourth on Lap 12 and that was how they ran to the chequered flag, but the W Series champion still received the third place points haul due to the Japanese driver’s guest status.

Alders similarly claimed the points for seventh position by finishing eighth on the road, while Smith got home in 11th.

The weekend finale was more straightforward for Doohan, who led all the way from Alders, with 3.7s between them at the end, and Smith taking seventh.

“I wasn’t focussing on the championship too much,” said Doohan after Race 12.

“Obviously, it’s always at the back of my mind – it’s valuable points.

“It was a long race out by myself. I was just thinking about tyre degradation over 15 laps. We didn’t really have a race yet in this type of heat, so it was different circumstances.

“I got a good start and then it was a yo-yo between me and Joey. The pace was varying but, luckily, I still got the win.

“A perfect weekend – double pole and three wins. We came here to do a job and we did it.”

There are 75 points available across the final three races of the season, which will be held at Buriram next weekend (February 22-23).